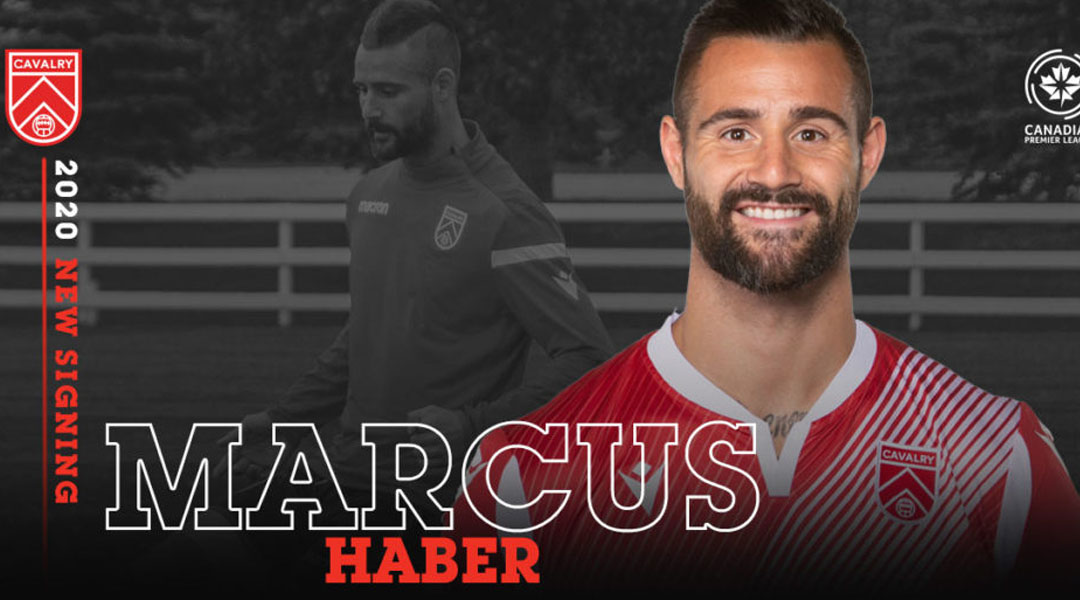 Former Pacific FC striker Marcus Haber has signed with Alberta-based Canadian Premier League side Cavalry FC. The striker is expected to feature up top for Tommy Wheeldon Jr.’s side during the upcoming Island Games tournament based in Prince Edward Island.

The 31-year-old striker made thirteen CPL appearances for the Tridents last season, contributing three goals and coming inches wide of adding a few more to the that tally – though foot and knee problems kept him intermittently sidelined throughout the campaign.


Haber was expected to be a leading CPL goalscorer last season, so a fresh start at Cavalry FC begets a new opportunity for the six-foot-four target man to find his stride in the burgeoning league.

I’m extremely happy to sign with Calvary FC. The club has a winning mentality and a level of intensity and competitiveness that makes you want to be involved. I’m grateful that Tommy and Nashy [Martin Nash] have showed the same belief in me that I do in myself. I think my attributes can fit well into their style, and I’m excited to help the team any way I can.

Prior to his time with Pacific FC last year, Haber had spent the last few years playing overseas in Scotland with Dundee and Falkirk. Haber had been playing outside of Canada since 2010 after impressing with the USL-era Vancouver Whitecaps, where he was named USL Rookie of the Year in 2009.

He’s also made twenty-seven appearances for the Canadian national team, scoring three goals along the way. His last appearances came in late 2017 during a string of friendlies against Mauritania, Morocco, and South Korea.

Marcus is a big signing for us in both his playing experience, and his physical presence on the pitch. He’s a terrific old-fashioned target man that on his day is a handful for any defender, as our centre-backs testified from marking him last year. His body of work prior to joining the league bodes very well for us, giving us some valuable experience that we are confident will be an extremely valuable asset for our squad this season.

The Alberta-based team made history last year by becoming the first Canadian Premier League side to beat MLS opposition in the Voyageurs Cup, but fell just short of winning league honours in the first-ever CPL Finals.

The club is currently without international signings Richard Luca and Jose Escalante, which has led head coach Tommy Wheeldon Jr. to look for domestic options like Marcus Haber to restock his roster for The Island Games.

Peruvian forward Jair Cordova is presently in Calgary and is training with the side, alongside returning internationals Nathan Mavila, Oliver Minatel, and Jordan Brown.


The club has also brought in centre-back Robert Boskovic on loan from Toronto FC II, while also conducting a few other intra-league transfers with the arrivals of Bruno Zebie, Elliot Simmons, and Jose Hernandez. AS Blainville product Mohamed Farsi has also joined the side.

The contract length or financial details of Haber’s contract were not disclosed by Cavalry FC.