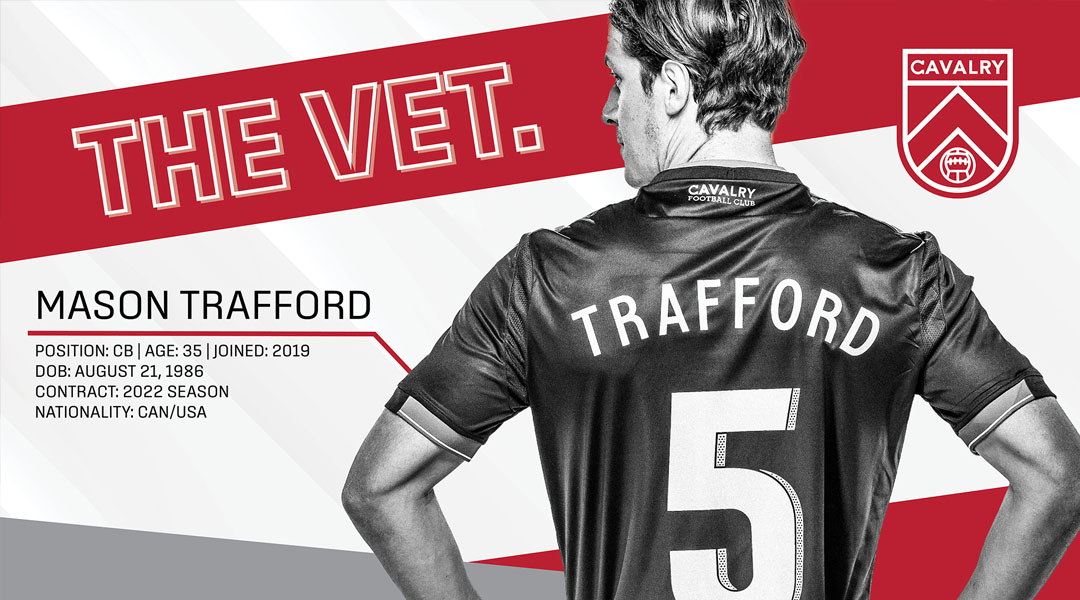 Canadian Premier League side Cavalry FC has confirmed that club original Mason Trafford will be returning for another season with the Alberta-based side.

The 35-year-old has been an ever-present member of the club’s backline since the inaugural CPL season, completing 52 appearances over the last three years.

Mason is an important part of our club culture. He’s a meticulous professional that takes care of himself on and off the pitch and in turn sets a great example for the young players.

The 2021 CPL season saw Trafford sidelined twice throughout the season, though he still completed sixteen appearances and captained the side when called upon to lead.

“He’s a brave and intelligent defender that is very comfortable with the ball during our attacking build up phase,” added Tommy, “having his experience on the backline gives us the organization and a big reason why we’ve got one of the best defensive records in the league.”

With Nik Ledgerwood having retired, Trafford will likely see more of the armband next season, too.

The club has also confirmed that Trafford has taken a front office role as the club’s Commercial Director, with the veteran defender likely set to remain with the side off the pitch following his playing career.

It’s very exciting to get back to a full season, and I’m eager to compete for the trophies again. I’m also very passionate about my role as Commercial Director. I really believe in this club, and I’ve fallen in love with the city of Calgary. The future is bright or our sport, in this city and also across Canada. I’m grateful for my role in it all.

He becomes the eighteenth confirmed Cavalry FC athlete, and will be expecting to slot in alongside Dutch defender Daan Klomp.

The club will still still be seeking further centre-back depth, especially with Karifa Yao expecting to remain with CF Montreal this season.

Cavalry has retained a significant chunk of its roster heading into its fourth season, though it did lose out on a few core pieces like Mohamed Farsi and Oliver Minatel.

In terms of inbound talent, the side has added new faces in Myer Bevan and Fraser Aird, with more are expected to follow.