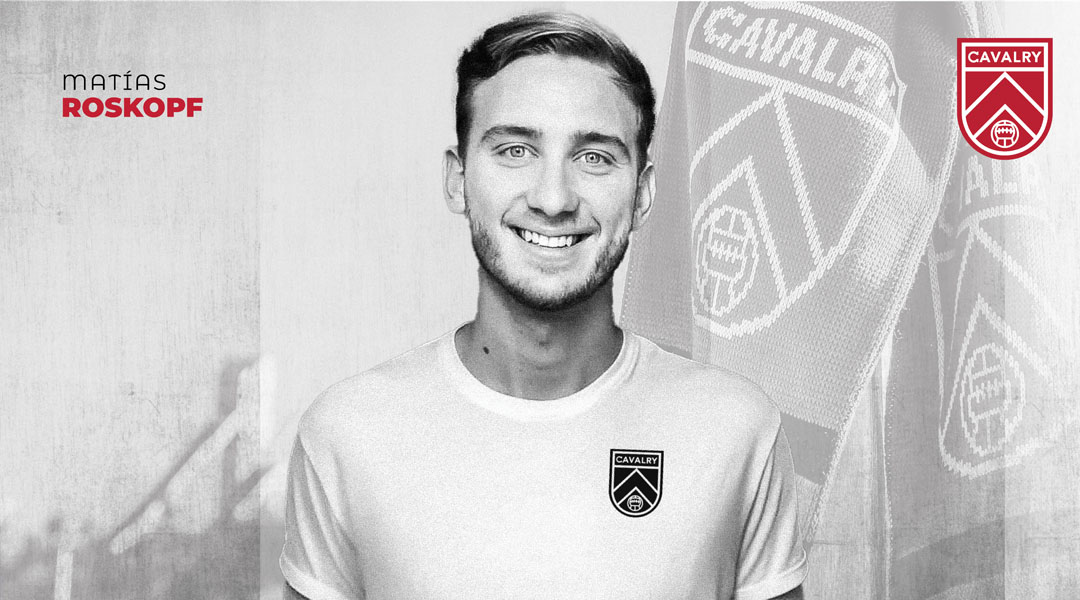 The Parana-born striker had been unable to secure a visa to enter Canada due to the COVID-19 pandemic. With the striker’s arrival looking unlikely, Cavalry FC has allowed him to depart as a free agent so that he can resume playing elsewhere instead.

Here’s the official statement from the CPL side:

Despite best mutual efforts, due to the challenges and constraints brought on by the Covid-19 pandemic, Cavalry FC and Matias Roskopf (ARG) have reached a mutual termination agreement which allows Roskopf to be able to be a free agent and play closer to home.

Roskopf had looked a promising signing for the Alberta-based side, with head coach Tommy Wheeldon Jr. describing the 23-year-old as a forward with an eye for goal and a lot of strength to mix with his mobility.

The Argentinian striker began his youth career with Club Atletico Colon, where York United midfielder Mateo Hernandez also developed. He then made a high profile move to Argentinian giants Boca Juniors, where he was then loaned to Torque in Uruguay before signing with Romanian side Rapid Bucuresti ahead of two more recent stints in Cyprus and Romania.

Earlier this week Cavalry FC announced the beginning of its own preseason camp, with international athletes Jose Escalante and Richard Luca having already touched down in Canada. Only four of the league’s eight teams are currently holding preseason camps.

It was just last year that Luca, who has now signed a multi-year deal, had missed the entire 2020 Canadian Premier League season due to similar travel difficulties prompted by the COVID-19 pandemic. Like Brazilian defender Eriks Santos, he had more luck in the present year.

Despite the arrival of some internationals, it’s clear that the COVID-19 pandemic is still making things difficult for foreign CPL talents as the league readies itself to launch a 2021 Canadian Premier League season this summer. It remains unclear whether the format for it will allow for home markets or if it will be a bubble tournament.

With the cancellation of Roskopf’s contract, Cavalry FC now has seventeen players currently rostered, four of whom are internationals.