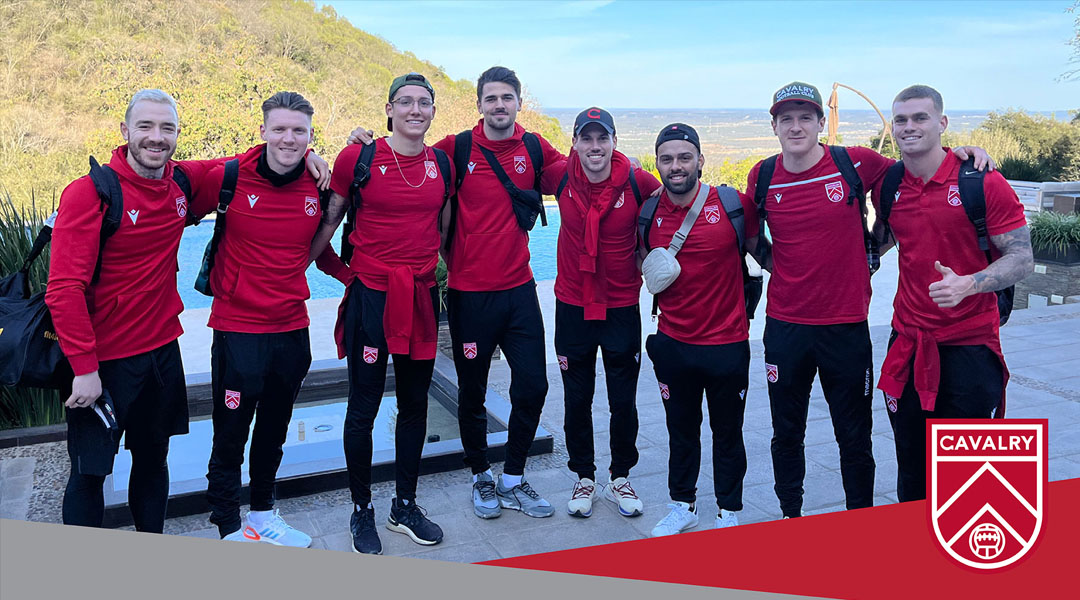 Atletico Ottawa won’t be the only Canadian Premier League side to see its preseason camp go abroad.

Today, Cavalry FC has announced that the club has now touched down in Monterrey, Mexico for a preseason camp set to be held at the IA Sports Facility south of the city.

The Alberta-based side had intended to make this trip back in 2020, before the COVID-19 pandemic prevented such an excursion. Two years later the world appears on the precipice of a much larger sense of normality, with the club now comfortable with a preseason trip outside of the country.

The bulk of the Cavalry roster had returned to action in mid-February, training from the club’s home facilities ahead of the trip.

Cavalry FC will now undergo multiple friendly matches against professional sides over the next ten days, though it hasn’t been said who the club will ultimately be taking on.

“This is a great opportunity to take our team away together and focus one hundred percent on football,” said head coach Tommy Wheeldon Jr, “pre-season is an important time to build fitness, improve our playing identity and develop team chemistry.”

The gaffer is keen to see the squad enjoy a full and proper pre-season, something that hasn’t exactly been possible due to healthcare guidelines throughout the last two years of the pandemic.

“It’s trips like these that lay a great foundation for what we want to achieve in the season ahead. We are thankful to the group here at IA Sports, who have been first class in hosting us at their private training facility here in Monterrey.”

The club did not disclose if any of its current squad were unable to attend camp. The coaching staff has seem plenty of shuffling following the departure of assistant coach Martin Nash, with Leon Hapgood and Nik Ledgerwood now stepping into the technical area.

Cavalry FC will begin its fourth season of Canadian Premier League action with an away clash against Atletico Ottawa on April 9.

The capital city club just touched down in Spain for its own preseason, while rival side Forge FC had an earlier preseason start due to its Champions League commitments. Halifax has started camp out east, while the likes of Pacific, Valour, and York United have opened camps ahead of a combined sparring set for Vancouver Isle later this month.