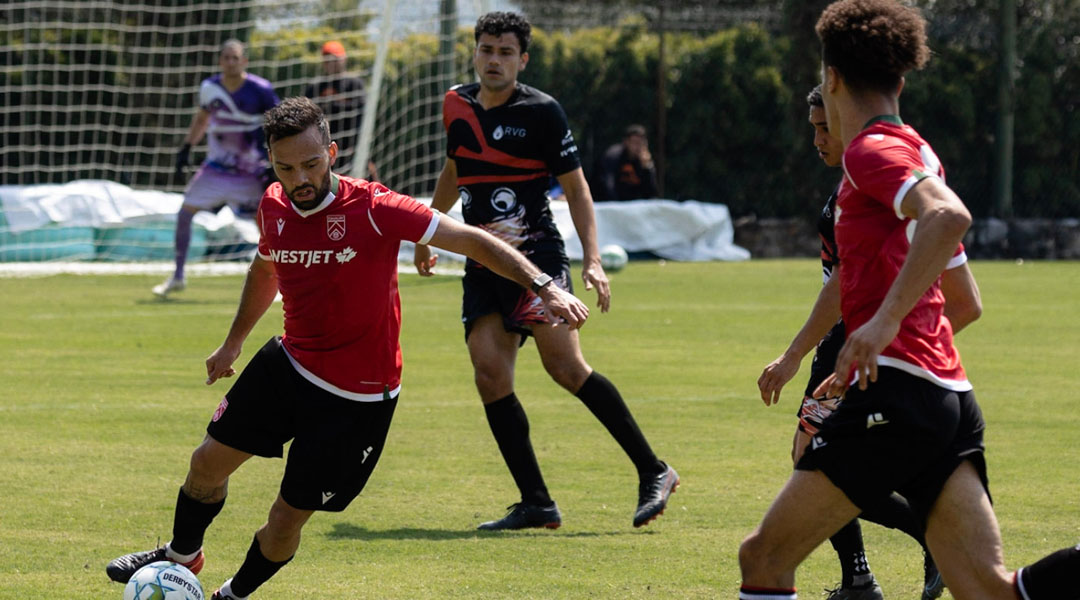 Cavalry FC’s preseason trip in Mexico has come to a close.

The last ten days saw Cavalry FC prepare for its fourth-ever CPL season at the IA Sports Facility south of Monterrey, with concentrated training camps allowing the side to build up cohesion in much warmer weather than what we’re seeing in Alberta.

Cavalry featured in three matches against local professional sides, with the CPL side recording one win, one draw, and one loss against teams which it noted were in mid-season form. The club shown in the above image released by Cavalry FC is CF Correcaminos, with the Liga de Expansion MX side hosting Cavalry with a mixed roster in Allende.

“This was a great opportunity to go away together on a valuable pre-season camp to help build our match fitness, playing identity, and continue to form our team chemistry,” said head coach Tommy Wheeldon Jr., “we can’t thank our partners at IA Sports enough for the work they did to host us and provide such competitive games.”

The Alberta-based side had intended to make this trip back in 2020, before the COVID-19 pandemic prevented such an excursion. With the world now entering a much larger sense of normalcy, Tommy Wheeldon Jr. was finally able to test his side against opposition abroad ahead of a campaign in which he hopes to challenge for the title.

“Given that the Mexican clubs we faced are currently in mid-season form, this was designed to test us and put us in an environment we’ve not yet experienced. Except for a few minor injuries, we came through this test unscathed and ready to face the second part of our pre-season plan”.

Cavalry confirmed that it had undergone the ten-day camp without both of its domestic goalkeepers after both Marco Carducci and Tyson Farago suffered minor knocks, with German goalkeeper Julian Roloff likely taking the reigns. Cavalry original Jose Escalante and full-back Tom Field also missed the trip, though all of these players are expected to report back today when training resumes at the Macron Performance Centre in Calgary.

It is reported that CF Montreal’s Karifa Yao attended camp, with Ethan Keen reportedly present as well – though Cavalry has kept its preseason roster well under wraps. The CPL side lost out on star full-back Mohamed Farsi (among others) this offseason, but has added fresh blood through the likes of Charlie Trafford and Fraser Aird, with more player announcements expected to come.

Cavalry will open its fourth league campaign with an away trip against Atletico Ottawa on April 9. The club’s training plans for the remainder of March have yet to be revealed.