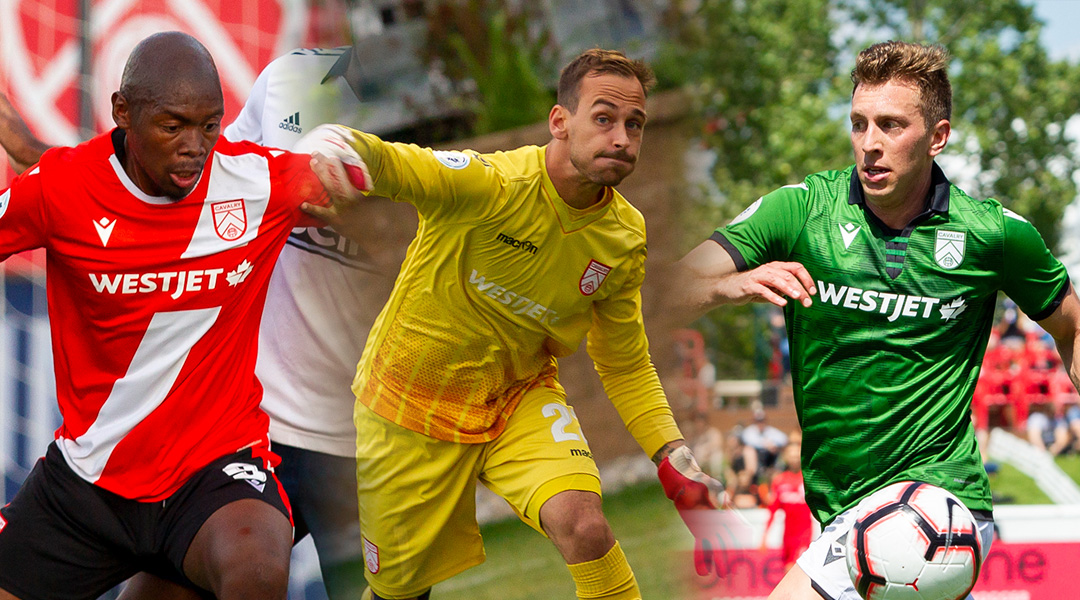 Canadian Premier League giant Cavalry FC has re-signed three more members of its inaugural roster, two of them being internationals. Today, the club has announced that Jordan Brown and Oliver Minatel have re-signed for the 2020 season alongside second-choice goalkeeper Niko Giantsopoulos.

The club has already locked in several core players of its squad, including the likes of team captain Nik Ledgerwood, Sergio Camargo, Marco Carducci, and Dominick Zator.


Brazilian midfielder Oliver Minatel had a positive year for the Canadian Premier League side, contributing eight goals and two assists across 29 appearances. The 27-year-old was the club’s first foreign player signing, with Wheeldon Jr. evidently keen to extend the Brazilian’s stay in Canada:

Oliver was an unsung hero for us last year as he scored 7 valuable goals from an attacking midfield position. He was dubbed “The Brazilian Ghost” for a reason as he has this great knack of arriving in the box at the right place at the right time. On top of all that he is a great character and excellent professional, something our younger players are learning off of.

23-year-old Arsenal and West Ham Academy product Jordan Brown was largely used as a substitute, contributing five goals in 1,710 minutes of action. His most memorable contributions include scoring the club’s first-ever goal at home against York9 FC, and scoring a crucial goal against MLS side Vancouver Whitecaps as the CPL side marched towards a historic victory in the Canadian Championship.

With today’s news, Cavalry FC has also become the first team to lock up both its first and second choice goalkeepers. Marco Carducci had a banner year that saw him earn a national team call-up, while Giantsopoulos proved he was up to the task when called upon.

Niko showed that he is more than willing to wear the Number One shirt in the games he played for us. We believe that he can continue to compete and push Marco for the coveted goalkeeper starting spot next year.  Aside from his ability, Niko is an exceptional locker room guy too and contributes greatly to our culture.

The Calgary-based club has confirmed that it is still in negotiations with several players who have options for 2020. With the likes of Julian Buscher, Dominique Malonga, and Nathan Mavila still to be sorted, there’s still plenty of work to do if Wheeldon Jr. hopes to keep his oft-successful squad largely the same.


The head coach and general manager had previously stated that he was looking to focus on locking in members of his returning roster before looking elsewhere, so fans shouldn’t expect any brand-new signings to be announced before the contract status of the inaugural roster is largely resolved.

Cavalry FC seemed like an unstoppable force throughout the inaugural Canadian Premier League season, claiming both the spring and fall seasons while also becoming the first CPL team to beat an MLS side.

The Alberta-based club eventually fell to Forge FC in the two-legged finals, and the general feeling is that the fans are expecting the club to right the proverbial ship and claim the North Star Shield come 2020.