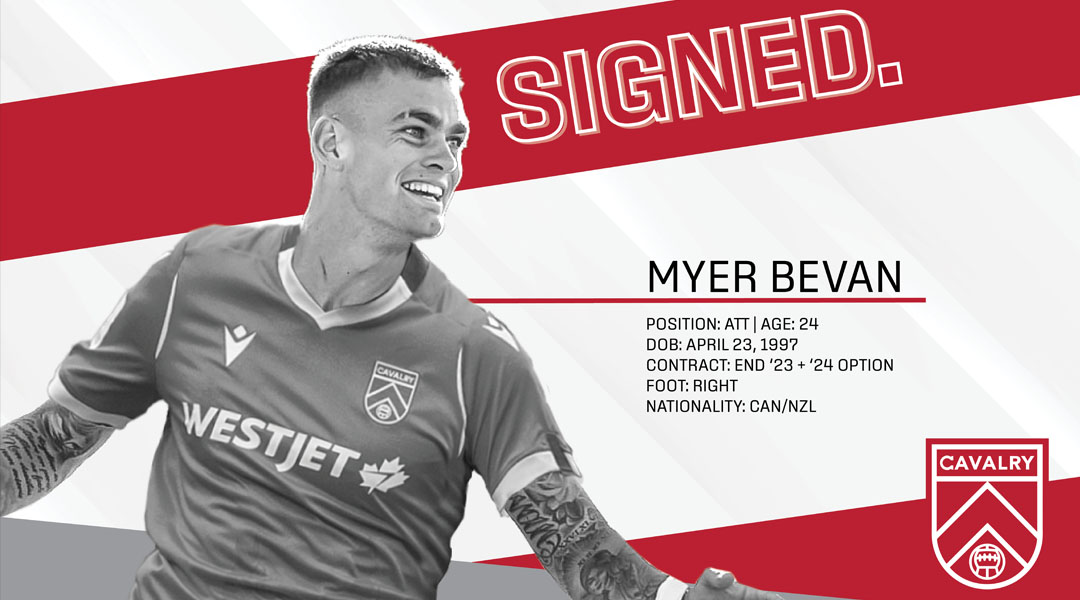 The former New Zealand international arrives to Spruce Meadows after spending the last few seasons split between South Africa and New Zealand, with the former Whitecaps prospect hoping to capitalize on a Canadian return.

Myer is a dynamic forward that has been on our radar for a while. He’s the type of striker that causes the opposition centre backs a nightmare with his pace, clever movement and clinical finishing. He’s also not afraid to do the work on the other side of the ball and is relentless with his pressing and creation of opposition turn overs.

Myer’s first playing stint in Canada saw him land with the Whitecaps FC 2 midway through the 2017 season, where he bagged three goals in thirteen appearances. With the forward’s stock rising amid a good FIFA U-17 World Cup showing and his first senior cap, he was brought into the first team setup that December.

The following season saw him loaned to Swedish third-tier side Husqvarna FF and the club’s new USL affiliate, Fresno FC. He made seven appearances for the side alongside the likes of Noah Verhoeven and Matthew Baldisimo before being let go at the end of the season.

Bevan has bounced around since, trialing with the likes of Wellington Pheonix and Puszcza Niepolomice, with the forward then playing for South African side TS Galaxy and hometown side Auckland City.

I’m very grateful for the opportunity Cavalry FC and Tommy have given me. I’m excited to meet the staff, my new teammates, the fans, and to get started in my new colours. I’m confident that us, as a group, will bring success to the club this season.”

Bevan arrives as a dual national athlete who holds Canadian citizenship, which means he won’t occupy an international spot on the club’s roster.

Cavalry FC has confirmed fifteen returning players from the previous season, with Bevan’s addition giving a good depth of options for head coach Tommy Wheeldon Jr: the club already has Joe Mason and Anthony Novak as out-and-out strikers, with Ali Musse and Sergio Camargo as further attacking options. Bevan can play in both an attacking midfielder role or as a striker, though Tommy suggests he’ll primarily play as the latter.

Bevan won’t be the only New Zealand international in the league, with Valour’s Moses Dyer having re-signed with the club after a prolific transition to centre-forward.

Bevan arrives to the side on a two-year deal with an option for 2024. The financial details of his contract were not disclosed by the club.