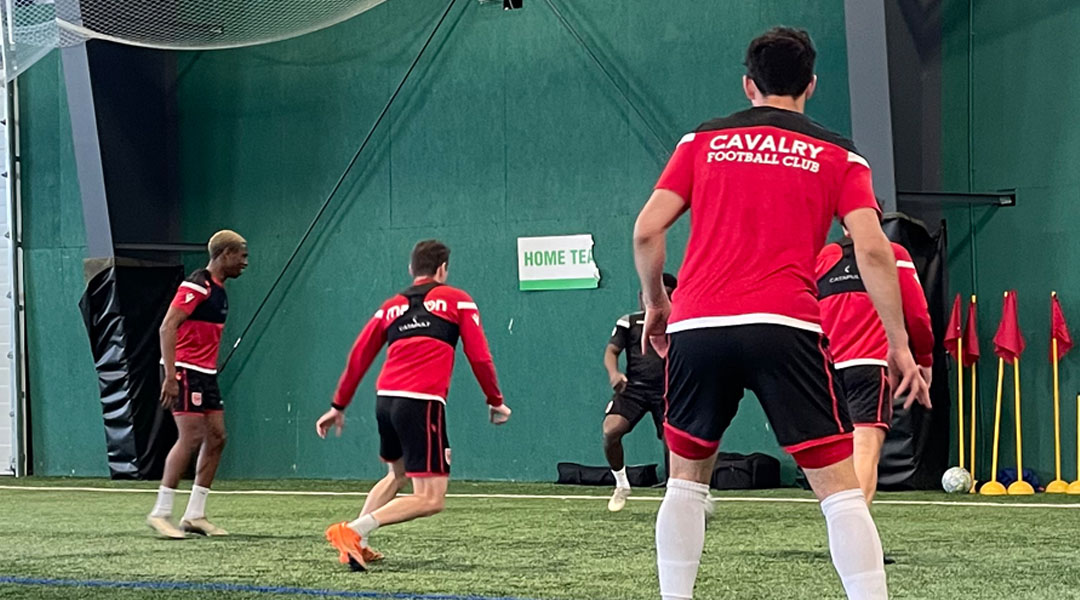 It was just yesterday that Cavalry FC announced that it had mutually terminated its contract with Argentinian striker Matias Roskopf due to travel difficulties, but fans of the Alberta-based side shouldn’t keep their heads down: the club has already signed new attacking replacements.

Speaking with Marty Thompson and Charlie O’Connor-Clarke on the CanPL Newsroom, head coach Tommy Wheeldon Jr. confirmed that the club has already agreed to terms with a couple of other strikers that will be announced in the near future.

The Alberta-based side currently has 17 players on the books, four of whom are internationals. Given that Roskopf’s contract was just ended prematurely due to visa issues, it’s likely that the new Spruce Meadows arrivals will be last-gasp domestic signings in the same vein as Marcus Haber’s arrival last year, though York United proved a late international signing was doable with Alvaro Rivero.

Some fan speculation has revolved around William Akio, a speedy forward who spent time with the Calgary Foothills and was recently named the Western Athletic Conference Offensive Player of the Year for his performances with the University of Texas Rio Grande Valley.

Cavalry FC became the fourth Canadian Premier League side to announce the beginning of its preseason camp earlier this week, with provincial rivals FC Edmonton also back to business. While one can assume the new signings are either in quarantine or already in camp, Tommy Wheeldon Jr. is simply happy to be back in action at home:

It’s brilliant because just being outside, being able to train properly, I think that’s great for everybody’s physical and mental wellbeing. As I said when we returned to training, a journey of a thousand miles starts with a single step. We’ve now taken a few back to where we want to be, and that’s here at Spruce Meadows, playing in front of our fans again.

The club is still without key attacking players Nico Pasquotti and Oliver Minatel, both of whom suffered long-term injuries at The Island Games last year and have yet to re-sign with the side. A multitude of injuries suffered at the bubble tournament saw Cavalry FC bow out in the group stage, with Tommy Wheeldon Jr. retaining ten of his squad from last year.

Looking at his current roster, he told Marty and Charlie that the squad is looking very dynamic and is representative of the attack-minded football team that fans have come to expect from the side, while also retaining the ability to close opponents down quickly, too.

It is expected that Cavalry FC will announce its new strikers in the very near future.