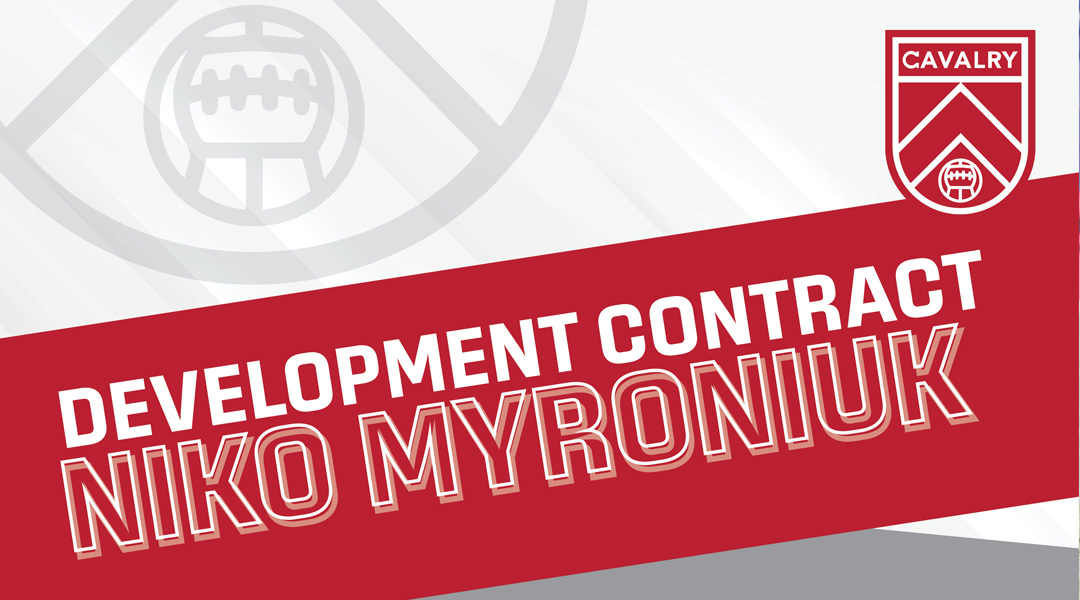 Cavalry FC has continued its string of local youth signings with the addition of 17-year-old midfielder Niko Myroniuk, who has signed a developmental deal with the club.

The move will allow for the Spruce Meadows outfit to field Myroniuk up to three times, at which point they can either renew his developmental deal once or sign him to a full contract.

The new teenage reinforcement arrives through local circles, having developed with South West United and the Calgary Blizzard before signing with the Vancouver Whitecap’s Academy, where he produced a few TikTok highlights during the pandemic.

Having recently returned to Calgary, the midfield youth prospect featured for the Cavalry U-20 AMSL side this year and helped the Province of Alberta claim bronze at the Canada Summer Games in Niagara Falls just last month.

The club has added a few of Myroniuk’s Cavalry U-20 teammates, with 16-year-old goalkeeper Mitchell Barrett and 20-year-old striker Gareth Smith-Doyle having recently been recruited alongside former Victoria Highlanders winger Goteh Ntignee.

The club now finds itself with domestic U-21 options aplenty after having gone under the roster minimum of three following the sale of Victor Loturi and Aribim Pepple, which was then followed by two youngsters returning to university. Now with three domestic U-21 options on full contracts with Barrett and Myroniuk on developmental deals, head coach Tommy Wheeldon Jr. once again has youth options aplenty.

The youngster might get a fiery introduction into CPL action if he’s to make the squad set to play away against league rivals Forge FC next weekend.