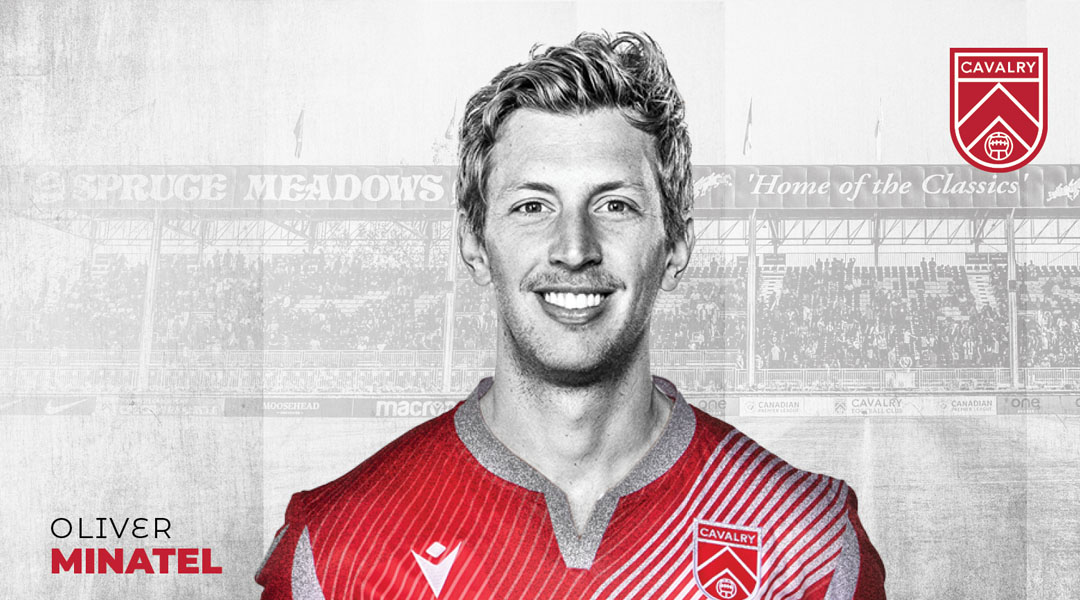 Cavalry FC has re-signed Brazilian forward Oliver Minatel for the 2021 Canadian Premier League season. He returns on a one-year extension.

The inaugural roster member suffered a long-term injury during a regular season match against York9 FC (now York United) last year, immediately ending his season with a fractured tibia and fibula. Having undergone a rigorous rehabilitation process in his native Brazil, Minatel has now been cleared by Cavalry FC’s own medical staff to return to training.

In a post on social media, Minatel gave special thanks to his agent Axel Dierolf and the Cavalry FC management for seeking better alternatives and solutions for players who sustain long-term injuries in the Canadian Premier League.

We are delighted to see the return of Oliver to our team for the 2021 roster. He has shown the strength of character to persevere through a tough injury rehabilitation process and looks to have come back stronger.  It’s clear that Oliver wanted to be back with us through the work he’s put in and we are a much better team with him in the squad. Not only does he provide a goal threat for us, but he is also a terrific professional and great around the locker room.

The 28-year-old forward has made 36 appearances for Cavalry FC so far, scoring eight goals and providing two assists in just over 2,000 minutes of action.

Prior to signing with the Alberta-based outfit in 2019, Oliver spent a season in Australia following a few years in North America with the likes of the Richmond Kickers, Puerto Rico FC, and the Ottawa Fury. He made his professional debut in his native Brazil before that.

Minatel had played in every Island Games match for Cavalry FC before his injury, so fans can expect the five-foot-eight forward to be a key piece of the club’s attack once again this year.

The Alberta-based side is one of four Canadian Premier League clubs who have officially begun preseason training, with Valour FC expected to do the same in the near future.

I am very excited for the 2021 season and thankful for Cavalry FC owners, coaching staff, medical staff, players, and fans for standing by my side and helping me through my recovery. I can’t wait to play in front of our fans at ATCO Field and give back all the positive energy I received since my injury.

While head coach Tommy Wheeldon Jr. was forced to nix the contract of striker Matias Roskopf this month due to visa difficulties, his forward line has now been reinforced by the likes of Oliver Minatel and former Forge FC striker Anthony Novak.

It’s unclear if Nico Pasquotti, who also suffered a long-term injury at The Island Games, will be returning. Unlike Minatel, he is not expected to be fully fit until July. The club announced that midfielder Elijah Adekugbe would miss the 2021 CPL season through injury.

Cavalry FC confirmed the move comes as a one year extension to his existing contract, though it did not provide financial details. He becomes the seventh inaugural roster member to re-sign with the team.