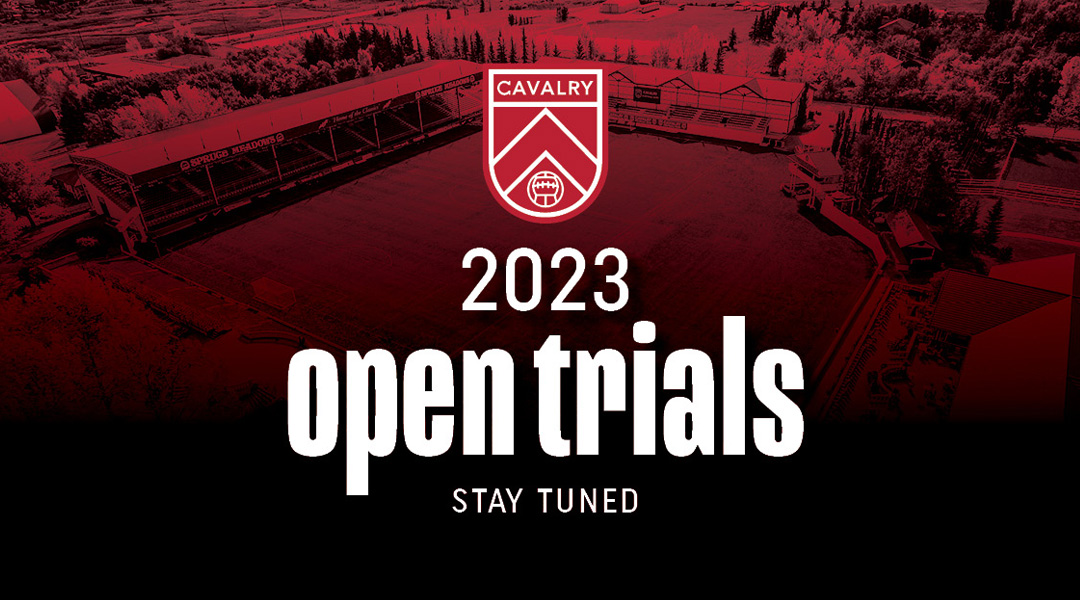 Players from all walks of life hoping to earn a professional contract will be keen for an opportunity with Cavalry FC’s newly-announced open trial.

“Cavalry FC will be hosting open trials in January 2023 for the first time in three years,” said a release by the Canadian Premier League side. “Stay tuned to our social media feeds and website for further information next week.”

One imagines that a ticket to trial for the Alberta-based side will be a hot commodity, especially given the club’s track record of developing and selling talent to a higher level. This season alone saw Victor Loturi and Aribim Pepple earn transfers to Ross County and Luton Town respectively, while Mohamed Farsi leapfrogged from Cavalry to Columbus Crew a year prior.

Before that saw first-year professional Joel Waterman earn a landmark transfer to CF Montreal, and he’s now in the World Cup. Cavalry, it would seem, is one of the top CPL sides for young professionals to elevate themselves to a higher level.

While the club has also handed many playing opportunities to young athletes affiliated with the Calgary Foothills Soccer Club and Cavalry’s own AMSL U-20 side, it looks like Spruce Meadows is keen to get eyes on talent from a much larger net, too.

The Canadian Premier League has seen open trials before, with the league itself hosting coast-to-coast open trials back before the inaugural season. At that time, Calgary’s trial had the youngest registrant at 16 years and 7 days of age at the time of their trial, while the oldest trialist from coast-to-coast clocked in at 42. Over 1,400 players attended the nation-wide scouting effort.

There were a handful of successful trialists from that period, including Tyler Attardo and Emilio Estevez (who both inked transfers to Europe afterwards), along with Eddies fan-favorite Son Yongchan, colloquially known as the Smiling Assassin. Some, like Svyato Artemenko, put themselves on the peripheral of the league but are still waiting on their chance to ink a pro deal.

Cavalry head coach Tommy Wheeldon Jr. is one of just two head coaches in the league who were there for 2018’s trials. With the gaffer having guided Cavalry to postseason in every year to follow, he certainly knows what to look out for.

With Cavalry’s open trial set to take place in January 2023, further details are expected to come out shortly.