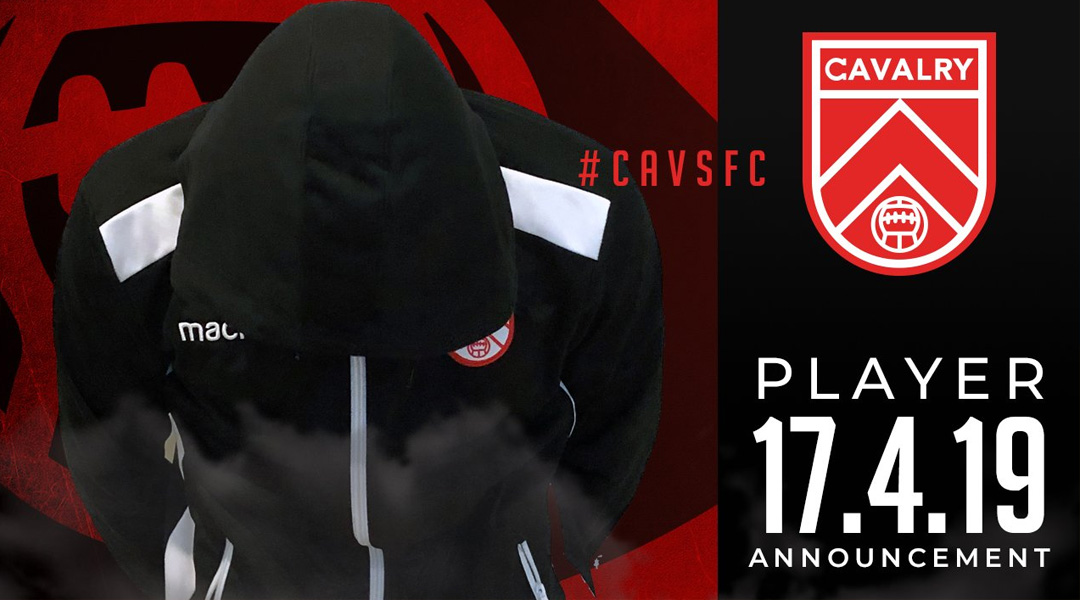 Today, Cavalry FC took to Twitter to tease a new player signing that is due to be announced on Wednesday, April 17, 2019.

The club has refrained from saying anything else about the Calgary-bound player, but his contract is evidently as good as signed. With 21 players already on the books, it looks like Tommy Wheeldon Jr. is putting the finishing touches on his Canadian Premier League side.

The club has already confirmed player numbers for the majority of the first 22 available, with 18 and 19 being available as per the club’s current roster. This doesn’t leave any positional hints, as the versatile numbers are commonly seen for players of all positions.

The club most recently acquired Honduran midfielder José Escalante, confirming the player during the club’s highly successful Punta Cana preseason. With fairly decent depth in defense, midfield, and offense, there’s no telling where the new signing will play, though we did guess some prospective CPL signings in general. A third choice goalkeeper might not be a bad idea in the event of injury, either.

There are still plenty of signings across a variety of CPL teams due to come in the next week or so. Pacific FC invited Shun Takano to the club’s Punta Cana-based preseason trip, even having the player participate in media day to ready video content for OneSoccer. Likewise, Forge FC reportedly spent time in the Dominican with Jelani Smith and Kembo Kibato, the former of which is yet another Sigma FC player who may sign for the Hamilton-based team.