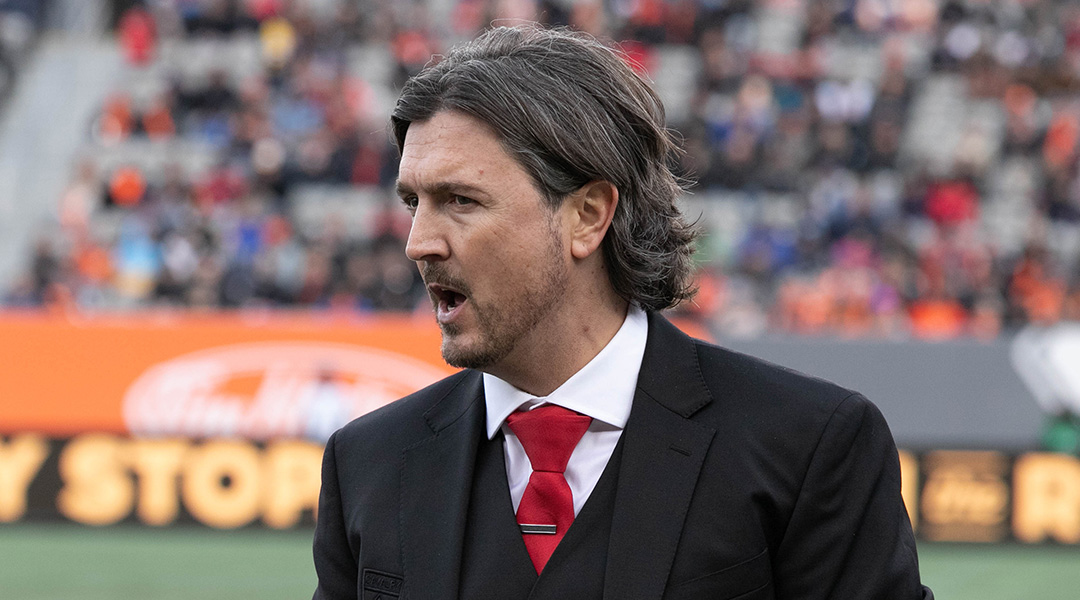 With the first leg of the Canadian Premier League finals seeing referee Pierre-Luc Lauziere handing out a red card to both Cavalry FC and Forge FC apiece, fans, pundits, and players alike have been left to chime in regarding their thoughts on the match’s officiating.

Forge FC fans felt hard-done by when attacking midfielder Tristan Borges got a red card for an air-hitting retaliatory movement directed at Jay Wheeldon, with the Hamilton-based club confirming that it is appealing the decision ahead of the second leg.


It has now been confirmed that Cavalry FC are similarly be appealing the red card handed out to Joel Waterman, who made a sliding tackle in the first half that resulted in a handball call, a penalty, and marching orders for the 23-year-old. At face value it also changed the shape of the game itself, with Forge FC then going on the attack and striking the crossbar multiple times during a 1-0 home leg win.

While the Canada Soccer Association has confirmed that both clubs have submitted appeals, the governing body did not provide an estimate on when the decisions regarding this appeals would be announced. Of course, they’ll need to come in before Saturday, which is when Cavalry FC will host Forge FC to see who will ultimately hoist the North Star Shield.


If both cards are overturned it’ll be a bad look on referee Pierre-Luc Lauziere, who’s officiating in the finals drew the ire of MLS players tuned the match. While both red card calls were certainly harsh, it remains to be seen whether there’s any merit in overturning Lauziere’s matchday decisions.

The second leg of the Canadian Premier League finals will be streamed by OneSoccer, which will provide pre-and-post game analysis from the likes of Kurt Larson, Asa Rehman, and Oliver Platt. CBC Sports will also broadcast the game, albeit through a slight tape delay.