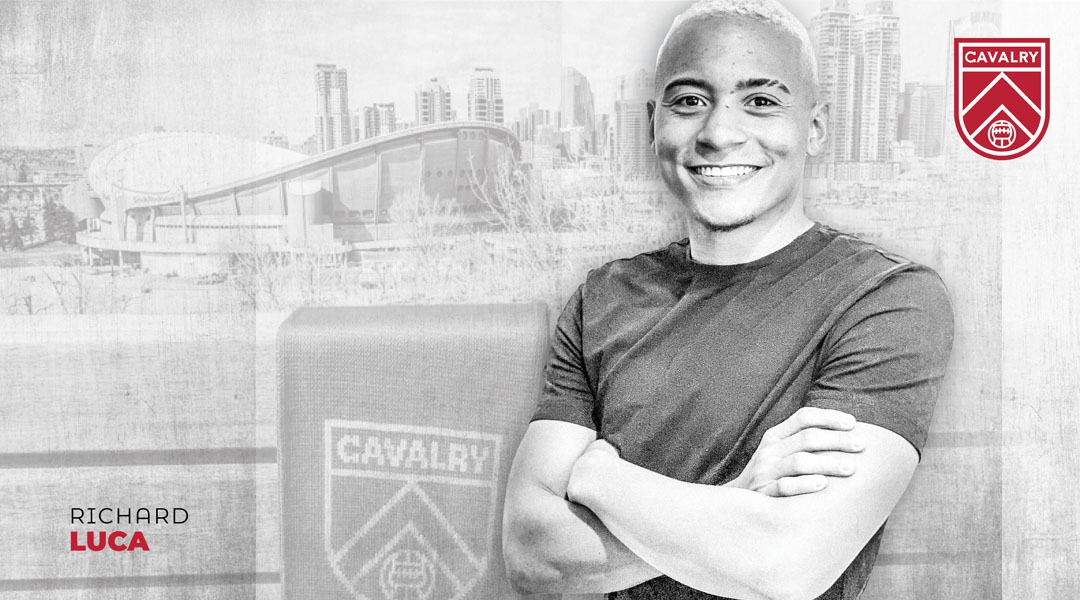 The 23-year-old first signed on with the side back in February, but the COVID-19 pandemic ultimately prevented the Brazilian winger from entering Canada this year. As a result, he missed the entirety of The Island Games.

The Goias-born player has seen ample time on the left wing in the past, though he’s capable of playing more centrally as an attacking midfielder as well. He’s been described as a tricky dribbler with explosive speed, though Cavalry FC have had to wait longer than expected to see it.

Richard stayed true to his desire to play for our club and we stayed true in our belief in him to be a difference maker for us and in this league. The COVID-19 restrictions impacted how we wanted to play this year, but also impacted a special young man in his career. We are excited to have been able to move forward with our agreement to bring Richard Luca to our team for 2021.  He is a player that will have our fans out of their seats.

The midfielder spent last season on loan in Georgia with FC Torpedo Kutaisi, where he netted a healthy return of five goals in fourteen matches. He got started with Brazilian side Santos FC and represented Brazil at the U-17 level before jumping to Mexican second division side Correcaminos UAT and, as mentioned, FC Torpedo Kutaisi after that.

He becomes the club’s tenth signing ahead of the 2021 Canadian Premier League season, following a trio of youngsters, some returning core players, and the big signing of former York9 FC midfielder Joseph Di Chiara.

He becomes the second Brazilian to play for Cavalry FC, with his countryman Oliver Minatel still recovering from a long-term leg injury. While Minatel’s recovery appears to be progressing well, the Alberta-based side hasn’t officially re-signed the forward as of yet. The same can be said for Nico Pasquotti, who suffered a right knee injury at The Island Games.

The Brazilian is expected to arrive in Calgary this March for preseason training, barring any difficulties with his work permit. The winger is currently training with Saltillo Futbol Club in the Mexican third tier.

Cavalry FC did not disclose the financial terms or structure of Luca’s multi-year deal.