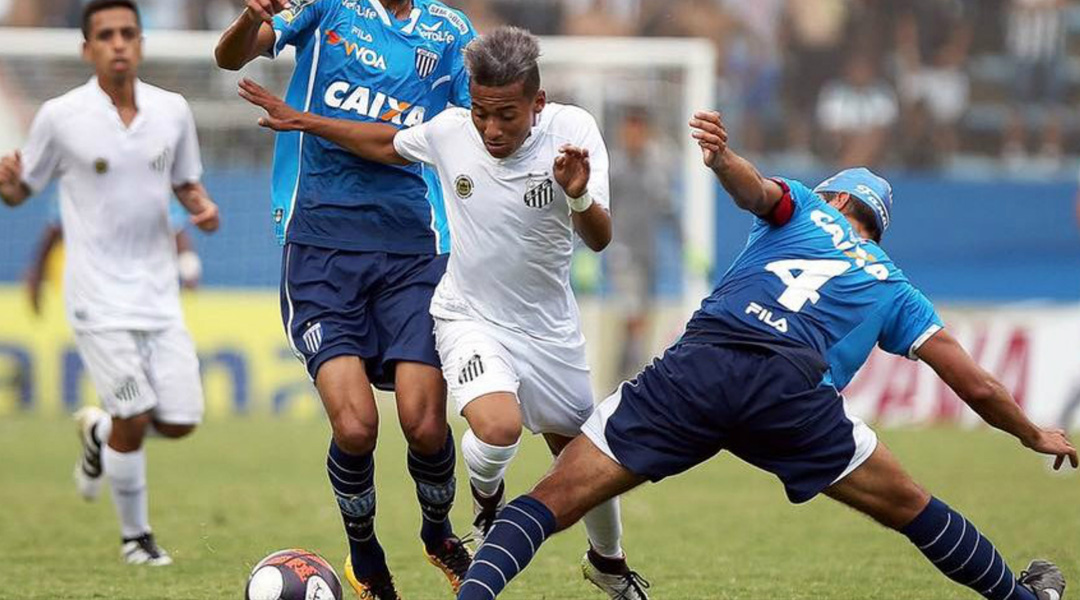 The Goias-born forward is typically deployed on the left wing, though he has the ability switch flanks or drop in a second striker as well. He began his career with his hometown club Goias EC before signing with Santos as an 18-year-old, where he made a handful of appearances for the club’s B Team and was briefly eyed by Barcelona.

Since then, he’s had stints in Mexico with second division side Correcaminos and was briefly tied to Liga MX’s Tigres, but ultimately flew to Georgia to play for Torpedo Kutaisi. More recently, the now 22-year-old returned to his homeland to sign for Associacao Atletica Aparecidense in December. The club plays in the local league of his hometown, the Campeonato Goiano. It was a stark drop for a player once linked earmarked at top flight clubs in Mexico and Brazil, with the Canadian Premier League now presenting the winger with an opportunity to impress as an international athlete once more.


Luca has been described as a player with explosive speed, capable of changing pace quickly to give defenders problems. A tricky dribbler, the five-foot-four forward has an unclear goalscoring record that we couldn’t fully verify, but one of his most highlight reels seems to be a good indicator of his attacking qualities:

Luca would be the third Brazilian signing of the Canadian Premier League should he join fellow countryman Oliver Minatel at Cavalry FC. The other Brazilian arrival was announced last week, with York9 FC bringing in Corinthians product Gabriel Vasconcelos. The potential signing of Richard Luca is likely a result of the league’s scouting partnership with 21st Club, which is targeting internationals under the age of 23, though this has yet to be confirmed by Cavalry FC – much like the signing itself.


Nef has also recently reported that former FC Edmonton player Bruno Zebie will become the league’s fifth intra-league transfer by way of signing with Cavalry FC, which would mark the first time a player has switched sides between the Al Classico competitors (while Easton Ongaro trialed with Cavalry FC, he was never ultimately signed before he joined the Eddies).

Bruno was released by Jeff Paulus back in November, and his jump to Calgary would see him re-united with head coach Tommy Wheeldon Jr, for whom he played with at the Calgary Foothills two years ago. Should he suit up for Cavalry and play against his brother Allan Zebie in a 2020 Al Classico, it would also mark the first time two siblings have competed against eachother in the young league.

For now, the signing of Richard Luca remains unconfirmed by Cavalry FC.