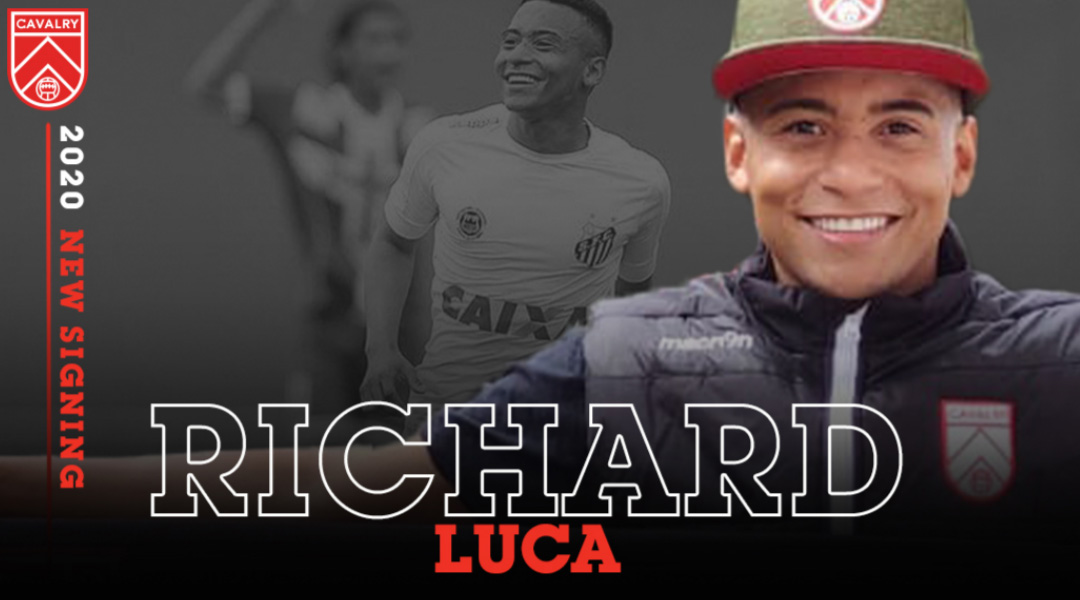 Several weeks after rumours of Cavalry FC’s interest in Richard Luca first broke out, the Calgary-based CPL side has officially signed the 22-year-old Brazilian winger for the 2020 season.

The Goias-born player has typically been deployed on the left wing in the past, though he’s capable of playing more centrally as an attacking midfielder as well. He’s been described as a tricky dribbler with explosive speed, and will join his countryman Oliver Minatel in the Cavalry FC midfield.

Luca got his start with top Brazilian side Santos FC, representing Brazil at the U-17 level before eventually making the jump to Mexican second division side Correcaminos UAT while being briefly linked with Liga MX side Tigres UANL. More recently, he scored five goals in fourteen appearances for Georgian side Torpedo Kutaisi before returning home to Brazil last December.

While Luca has had a fairly unpredictable career trajectory so far, Cavalry FC gaffer Tommy Wheeldon Jr. is confident the 22-year-old will excite fans at Spruce Meadows with his attacking playstyle:

Richard Luca is one of the most exciting players we looked at this off-season. He has incredible one-v-one dribbling ability, electric pace and terrific work rate. He has the tools to unlock defences and excite fans in equal measure.

While the club hasn’t commented on if its latest signing was the result of 21st Club scouting, he certainly fits the profile of such given that he’s a U-23 international signing with a high upside.

Luca is slated to arrive in Calgary for the beginning of March, when the spring and fall inaugural season champions will begin preseason.

I am very happy to belong to this new family that is Cavalry FC and feel it is a unique and exciting opportunity. I consider myself a versatile, fast, skilled player with lots of personality. You can expect my commitment and dedication everyday to earn results for the club.

The 22-year-old is the fourth brand new signing made by Cavalry FC ahead of the 2020 Canadian Premier League season, behind two intra-league transfers in Jose Hernandez and Bruno Zebie, along with Peruvian forward Jair Cordova.


Cavalry FC has now signed 17 players ahead of the club’s second-ever season, with only a handful of inaugural season players still yet to confirm their roster status – the most significant among them being Congolese international Dominique Malonga, who scored eleven goals in the 2019 season.

Recently, the Calgary-based side did confirm the return of international players Jose Escalante and Nathan Mavila.

Luca’s signing means that Tommy Wheeldon Jr. has now brought in six international players, leaving room for only one more under the current league regulations. Whether Malonga is the one to fill that remains to be seen, but Luca seems like a good use of an international roster spot: Cavalry FC are already known as a club that always found a way to win, and Luca certainly has a lot of tricks in his wheelhouse to help the side continue to do so.

The financial compensation due to Richard Luca was not disclosed by Cavalry FC.