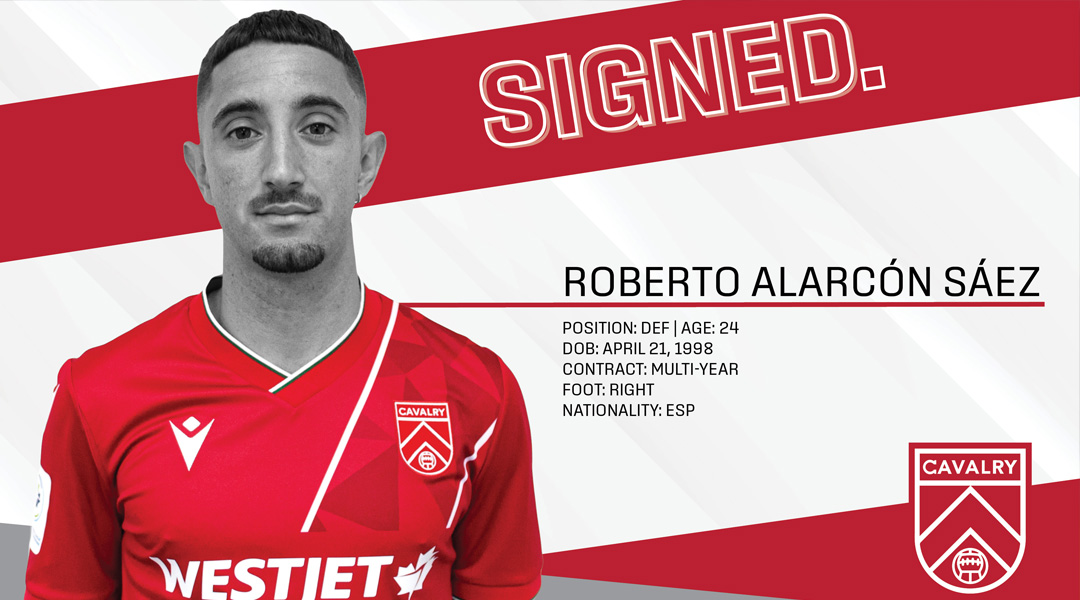 Alarcon most recently played for Romanian side FC Universitatea Cluj, where he made nine appearances as the side secured promotion to the Romanian top flight.

The full-back’s career got its start through Spanish side RCD Mallorca B, though Alarcon does have North American playing experience after signing for FC Tucson in the United Soccer League back in 2020.

“Roberto is an excellent signing for us,” said club gaffer Tommy Wheeldon Jr., “we have been tracking him for a while and we feel he is a player that can come in right away and provide us with a different tactical approach. He is technically very good, he has great energy to get around the pitch, and plays the game with terrific intelligence.”

The club was in need of a natural right-back after Fraser Aird sustained a season-ending injury after arriving as a replacement for Mohamed Farsi. Despite losing both its starting left and right backs this season, Cavalry FC is currently top of the league table.

Alarcon becomes the seventh international on the club roster after Julian Roloff, Daan Klomp, Bradley Vliet, Jose Escalante, Joe Mason, and Tom Field, the last of whom is out with a long-term injury.

The Alberta-based side recently sold young midfielder Victor Loturi to Scottish team Ross County, while rumours are circulating that Aribim Pepple may be en route to England.

The full length of Alarcon’s contract with Cavalry FC was not disclosed by the club.