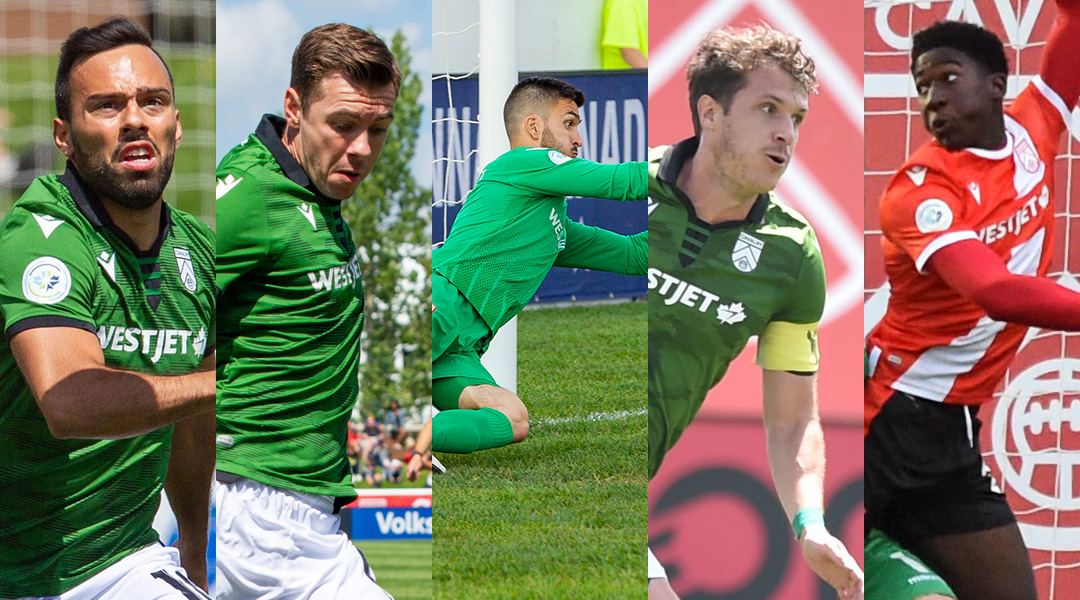 Canadian Premier League side Cavalry FC has just confirmed that it will be retaining several key figures of its squad for the 2020 season.

Today, the Alberta-based team has announced that captains Nikolas Ledgerwood and Mason Trafford will remain with the club throughout the 2020 season along with Sergio Camargo, Marco Carducci, and 16-year-old youngster Aribim Pepple.


What’s more, the club states that several squad members from its inaugural season have options for 2020, so Cavalry FC fans can likely expected some more regular faces to be re-signed in the near future, too.

We are delighted to have a strong spine of our team already committed to the 2020 and beyond seasons. This continuity helps continue to build our culture and playing style.

The key squad members helped Tommy Wheeldon Jr.’s side to a memorable year which saw them win both the spring season and the fall season, collecting silverware via the the Wildrose Cup along the way.

Calgary native Marco Carducci also made history be becoming the first Canadian Premier League player to be called up to the Canadian national team. Teammate Dominick Zator recently became the third-ever CPL player to get the nod from John Herdman, and is currently with the national team.

Camargo struggled with injuries throughout the inaugural CPL campaign, but still accumulated an impressive six goals and three assists in twenty appearances.


Similarly, Trafford missed the early portion of the season but established himself as a commanding centre-back throughout his 22 appearances, helping aid a backline which only conceded a league-low 19 goals throughout the entire year, with Carducci securing nine clean sheets along the way. As a result of such, the Cavalry goalkeeper has been nominated for the Golden Glove award.

Lethbridge native Nik Ledgerwood has been a consistent leadership figure for Cavalry, captaining the side through twenty league appearances, scoring three goals, and helping lead the Cavalry FC to a historic upset over the Vancouver Whitecaps.


There are still several key figures left to figure out: Zator, who’s currently with the national team, will be a big miss if he departs from the club. Similarly, the likes of Julian Buscher, Nico Pasquotti, and Dominique Malonga have provided plenty of match-winning moments for Tommy’s side.

After falling short in the Canadian Premier League finals, Tommy Wheeldon Jr. indicated that he was happy with the core group of his squad, many of whom had played under him previously at the Calgary Foothills. This suggests that the club will be looking to retain most of its roster, though only time will tell what ultimately unfolds ahead of 2020.

Financial details of the contracts were not disclosed by Cavalry FC.