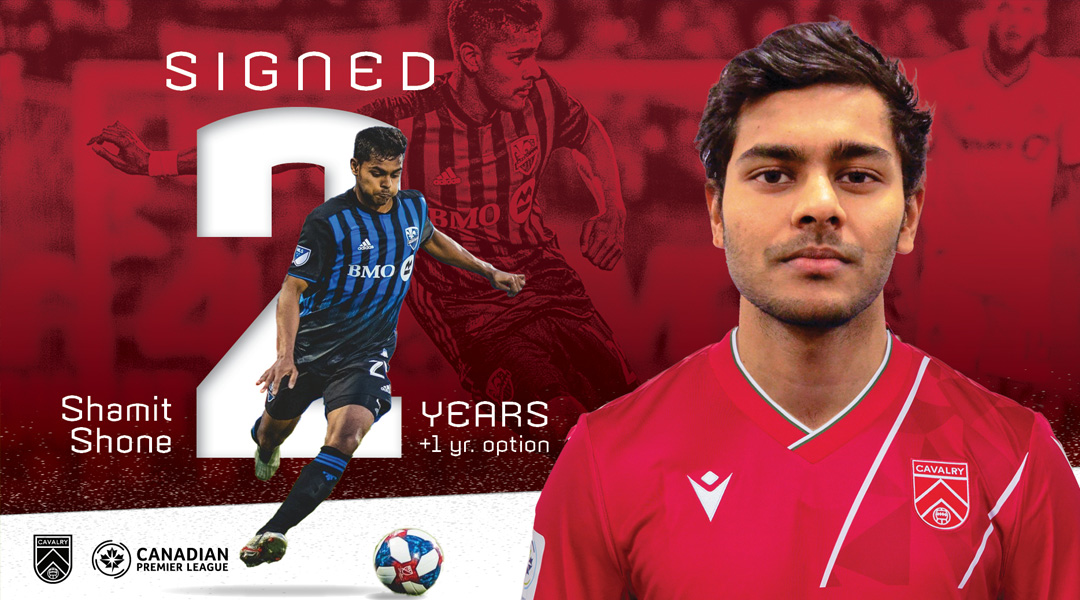 We had mentioned Shome had entered free agency during his appearance at the YEG Combine. While he suited up for hometown side FC Edmonton last season, he was technically on loan from Forge FC, who declined his contract option.

We’d also teased that Tommy Wheeldon Jr. had a midfield replacement lined up, with Shome bringing high-level experience aplenty to ATCO Field: having made 52 appearances for CF Montreal split between two stints with FC Edmonton – a team he has made 80 appearances for – he’ll be an intriguing addition in Calgary.

“Shamit is a very intelligent midfielder, with a great engine and precise passing ability. For a player that is still relatively young, he has a lot of experience in leagues across North America and within the Canadian National Team program. With his ability, experience, and character, I am confident he will fit in seamlessly at our club and give our midfield a different look,” said Tommy Wheeldon Jr.

Shome, who earned his engineering degree while plying his trade with CF Montreal, told us in an earlier interview that he intends to keep playing at the professional level until he sees that he is declining – something he hopes won’t happen until his thirties.

Having made two appearances for the Canadian national team, it’s clear that the midfielder – who donned the captain’s armband as needed with FC Edmonton – has a high ceiling and plenty of potential.

“I’m very excited to be joining Cavalry FC,” adds Shome. “They’re a club that has built a strong identity and winning culture since the inaugural season of the CPL. I’m looking forward to working with the club’s coaching staff and my teammates to gain more success on the pitch than ever before.”

Cavalry FC has signed the Edmonton-born midfielder to a two-year deal with a club option for a further year.

Shome isn’t the only Canadian Premier league athlete to cross Al Classico battle lines to join FC Edmonton’s rival side, with Fraser Aird and Bruno Zebbie having preceded him.

FC Edmonton was officially terminated by the league in November after a buyer for the side could not be found.