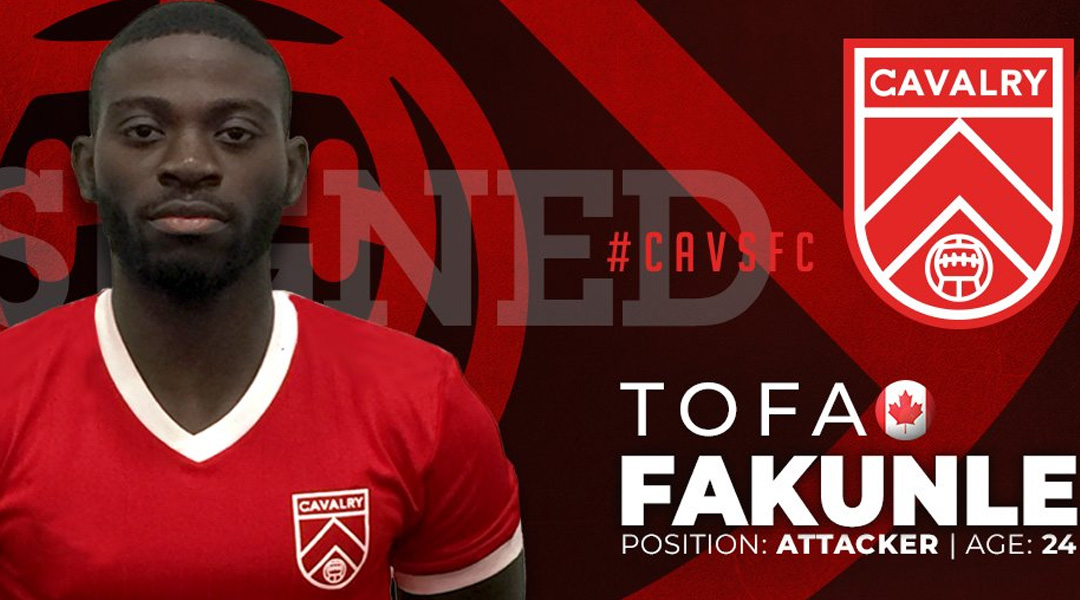 Tommy Wheeldon Jr. hinted yesterday that the club was due to announce a player that would “wear his heart on his sleeve and honour his crest”, prompting us to speculate that Tommy knew the player well. This turned out to be true: Cavalry FC has officially signed former Calgary Foothills captain Tofa Fakunle.

The 24-year-old attacking midfielder is coming off a great season with the Foothills, having contributed six goals and five assists across thirteen games. The Calgary Foothills won the
Northwest Division division of the USL2 under his leadership, though they bowed out in the conference semi-finals.

Tofa is a signing that will add further character and quality to our team. He is a dynamic attacking player, renown for scoring or creating important goals.

Fakunle becomes the second Foothills player to make the jump to Cavalry FC this August: some 19 days ago, the Calgary-based club signed 16-year-old Aribim Pepple, who immediately became the youngest player in Canada’s tier one league.


Having worked hard to get to this point, Fakunle was appreciative of the chance to play his trade at the professional level. He had actually trained with Cavalry FC during the club’s preseason, and even traveled to Punta Cana with them.

Before joining the Calgary Foothills in 2017, the midfielder impressed during a four-year university stay with the UNBC Timberwolves. During his time there, he became the UNBC Rookie of the Year, Male Athlete of the Year, Academic All-Canadian, Most Valuable Player, and won the golden boot in three of his four years.

Fakunle becomes the fourteenth player to make the jump from the Calgary Foothills to Cavalry FC, with Tommy Wheeldon Jr. saying from the get-go that he always knew his former club had enough talent to make it at the professional level. The familiarity between players has given Cavalry FC a good head start in the league’s inaugural season, with the Calgary-based club winning the spring season and putting itself in a good position to potentially top the fall season, too.

The signings is possible due to the extra room on the roster left by long term injuries to Chris Serban and Dean Northover. The club will likely need to call up an emergency goalkeeper in the near future, since Marco Carducci got a national team call-up.

Financial details and salary length of Fakunle’s contract were not revealed by Cavalry FC.