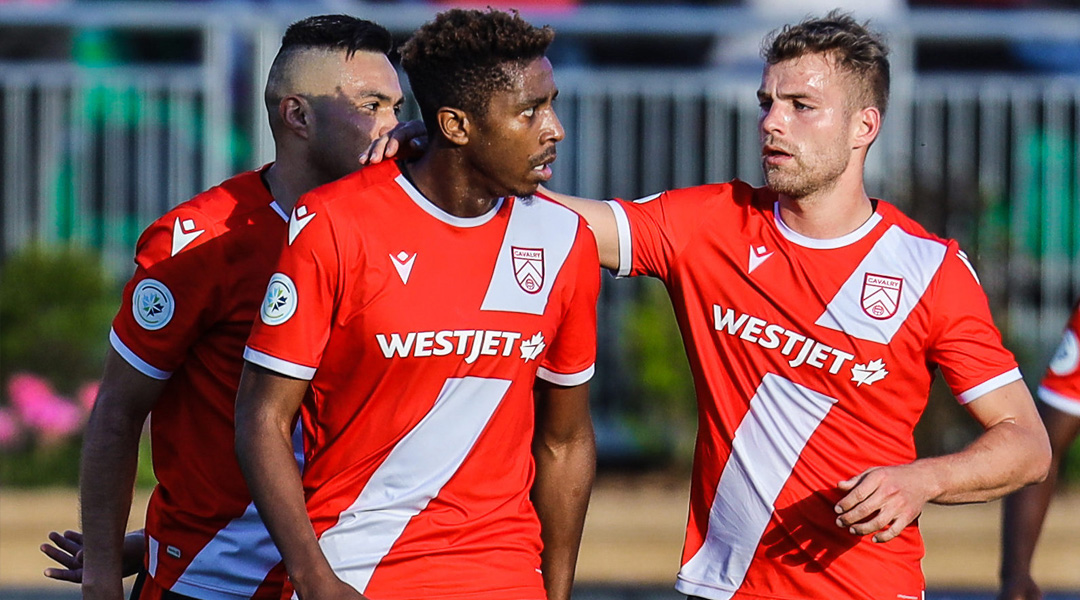 Canadian Premier League spring season winners Cavalry FC are certainly performing on the pitch, though this hasn’t yet translated into a consistently packed house at Spruce Meadows: with the club averaging some 3,424 fans per game, the club only fills about 64% of ATCO Field’s capacity.

Still, matches like the ones against the Vancouver Whitecaps and the Montreal Impact, which took place during Cavalry’s impressive Canadian Championship run, proved that the club could provide some sell-out matches, even with the most expensive ticket prices in the league.


Foothills County councillors are prepared for the idea that Cavalry FC will continue to grow its fanbase, so the council has just updated its plans for the if-and-when scenario: should ATCO Field continually sell out, the council is ready to install an additional 2,000 seats in the stadium.

The council plans – which are updated every ten years – also include the possibility of installing a brand new fieldhouse and a boutique hotel at Spruce Meadows. If the spring season winners eventually start selling out the expanded 7,000 seat stadium on a consistent basis, an entirely new stadium will be built in a different section of Spruce Meadows:

The place that’s been put forward in the area structure plan is the existing All-Canada Ring, which is the original show jumping ring of Spruce Meadows. It would be the venue we’d likely look at if we were to build a new stadium.

The club president ensures fans that the new stadium digs would be natural grass, with the new stadium retaining an open atmosphere as opposed to an enclosed-dome style. The new stadium would mean that Spruce Meadows could eventually support some 12,000 football fans during home games.

It’s a project that’s still far off on the horizon while Cavalry FC grows its fanbase – after all, the club doesn’t want to find itself playing in a mostly-empty stadium.

Fans who have attended any matches at Spruce Meadows will have likely had their thoughts jump to traffic, which has been an ongoing struggle even with the existing capacity. Alan Alger, a member of the Foothills Council, is confident that it won’t be a major issue if-and-when the expansion takes place:

There will be more traffic and more events, but there was very little pushback from the neighbours when we had a public hearing.

Of course, the council will have ample time to plan for the increased traffic: this isn’t a project that’s going to happen overnight. Alger suggests that a new stadium could be as far as thirty years away, given that it will only come when consistent crowd sizes call for it. ATCO Field will get a 2,000 seat expansion before any ground is broken on a new stadium, anyway.

It’s all a learning process. Pacific FC made the jump early with a massive expansion to Westhills Stadium, though it has yet to sell out its expanded home grounds. Halifax Wanderers have considered expanding its downtown stadium, a move which would make sense given how routinely the east coast club is at full capacity at Wanderers Grounds.


Cavalry FC has five league home games left to play at ATCO Field before one home match in the two-legged Canadian Premier League Championship. With the club immediately finding success on the pitch, it’s easy to envision a future where Spruce Meadows will need to host more football fans than it currently has the means for – and the Foothills Council is evidently ready for such an occasion.