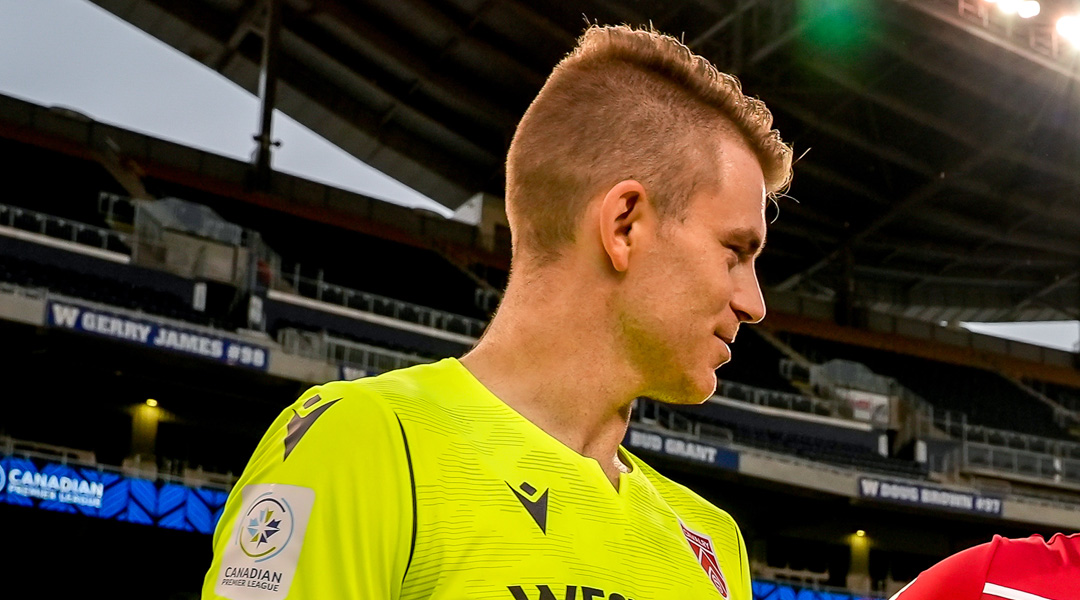 Canadian goalkeeper Tyson Farago has hung up his gloves at the age of 31 following a motor vehicle accident that has left him sidelined all season.

The announcement of his retirement was made by Cavalry FC today, where the Winnipeg-born shotstopper had signed two seasons ago. He made five appearances for the club last season, with his final performance seeing him come up with a clean sheet against league rivals Forge FC last November.

All-told, four of his five appearances for the Alberta-based side results in clean sheets.

The six-foot-one goalkeeper had made his CPL debut for hometown side Valour FC in 2019, where he made 17 starts and recorded two clean sheets in a campaign highlighted by a particularly odds-defying match against FC Edmonton.

He had also plied his trade with WSA Winnipeg (now FC Manitoba) and had recorded 22 appearances for FC Edmonton in its NASL era before playing abroad with League of Ireland side St. Patrick’s Athletic.

The club had announced that Tyson Farago had suffered a long-term injury back in April, with the side having to bring in German goalkeeper Julian Roloff in his stead. With his post-MVA recovery failing to progress to the point where he can train with the side, he has now left the world of professional sports behind.

We would like to wish Tyson all the best in his recovery,.