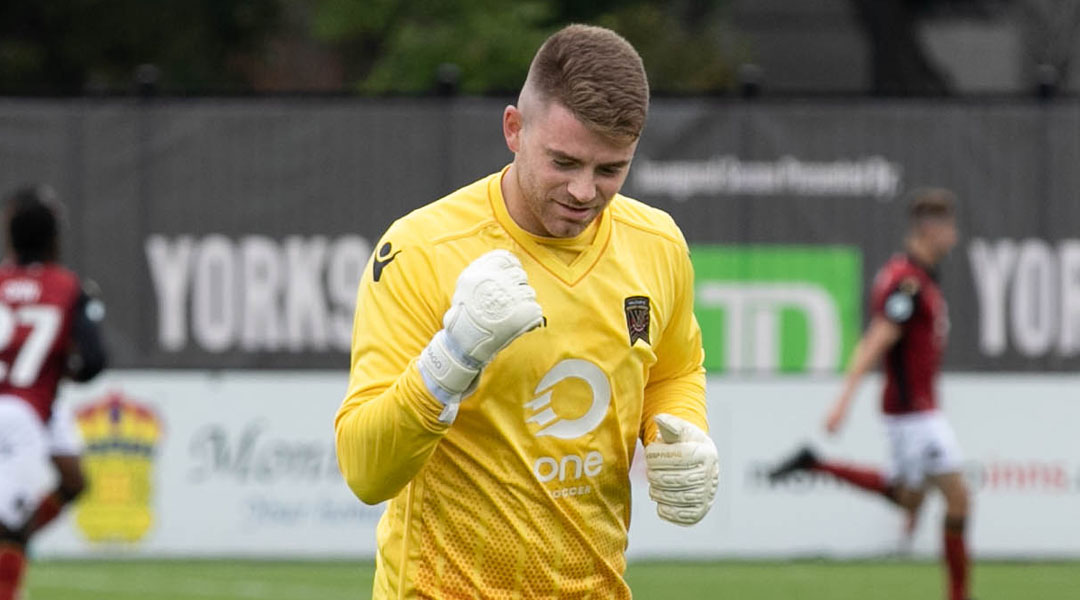 The 29-year-old goalkeeper spent the last season without a club following his release from the Winnipeg-based side, where he had made 17 starts and recorded 2 clean sheets in 2019 that were highlighted by a particularly odds-defying match against FC Edmonton.

Tyson actually played for the Eddies in their final four NASL seasons, making 22 appearances across that time. He also had shorter stints with WSA Winnipeg (now FC Manitoba) in the PDL and St. Patrick’s Athletic in the League of Ireland.

Tyson is a very good goalkeeper with valuable professional experience under his belt that we felt would be a good addition to our side. We’ve kept track of him for a while through his FC Edmonton and Valour days and in terms of attitude and ability, he ticks both boxes for us. He’s a good shot-stopper with terrific reflexes and possession-wise, has very good distribution skills.

Alongside his new team captain Nik Ledgerwood, he also received a call-up to the senior national team five years ago from then-head coach Benito Floro. All-told, he arrives as a signing likely still eager to prove his worth at the CPL level.

In a small bit of league history, he also becomes the first player to rejoin the league after spending a season outside of it.

The move also means that former Eddies goalkeeper Dylon Powley isn’t crossing Al Classico battle lines, with the 24-year old now expected to have signed for Valour FC or an Ontario-based side.

Farago’s contract details were not disclosed by Cavalry FC.