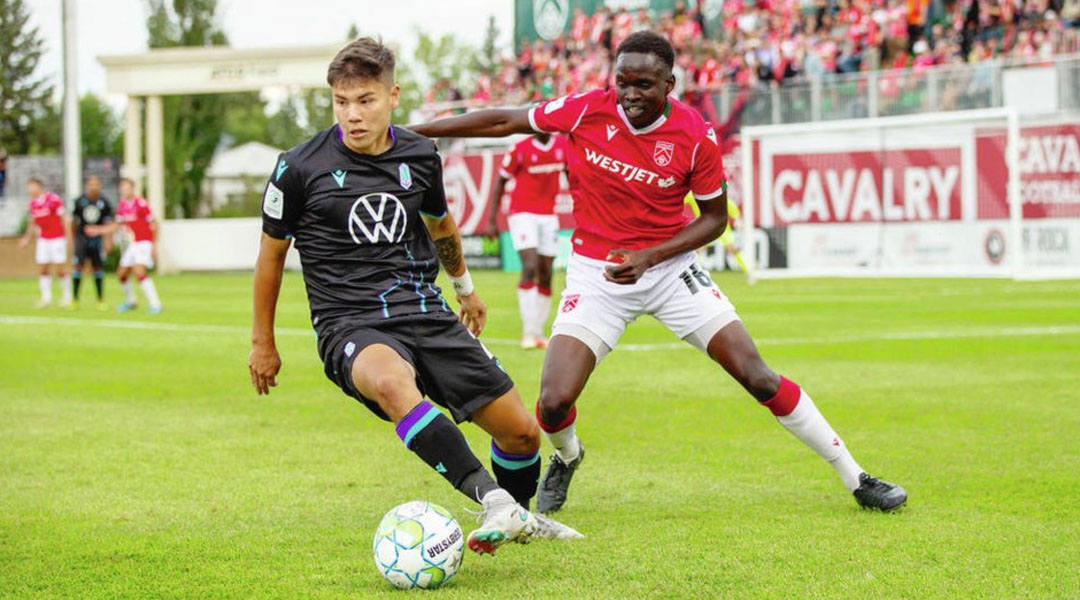 It looks like 21-year-old Cavalry FC midfielder Victor Loturi has picked up interest abroad, as per Canadian journalist Thomas Nef.

The Calgarian youngster has shown plenty of development at the Canadian Premier League level, breaking through with Tommy Wheeldon Jr.’s Cavalry FC side last year to establish himself as a regular starter.

Nef reported today that the youngster has held serious discussions with a Scottish Premiership team that may result in a move this summer – and with Loturi under contract with Cavalry FC through to 2023, that means the club would earn a profit from the transfer.

The 21-year-old has featured in every single Cavalry FC match this season, accumulating 679 minutes of game time while bagging an assist against two-time champions Forge FC.

The young midfielder has made 43 appearances for Tommy Wheeldon Jr.’s side overall, tallying up two goals en route to a Best U-21 Domestic Athlete nomination from the league last year.

Should the potential move to Scotland come to fruition, Nef suggests that Victor Loturi’s rising profile could see the youngster considered as a potential wildcard addition to the Canadian national team – though that’d represent quite a swift rise for the youngster.

Cavalry FC has some existing ties in Scotland, with Dominick Zator training with Ross County during the Canadian offseason in 2019.

If Loturi does earn the chance to test himself abroad, he wouldn’t be the only youngster to take that path: Aribim Pepple landed with the Getafe U-19 team after spending time at Spruce Meadows, though he has since returned.