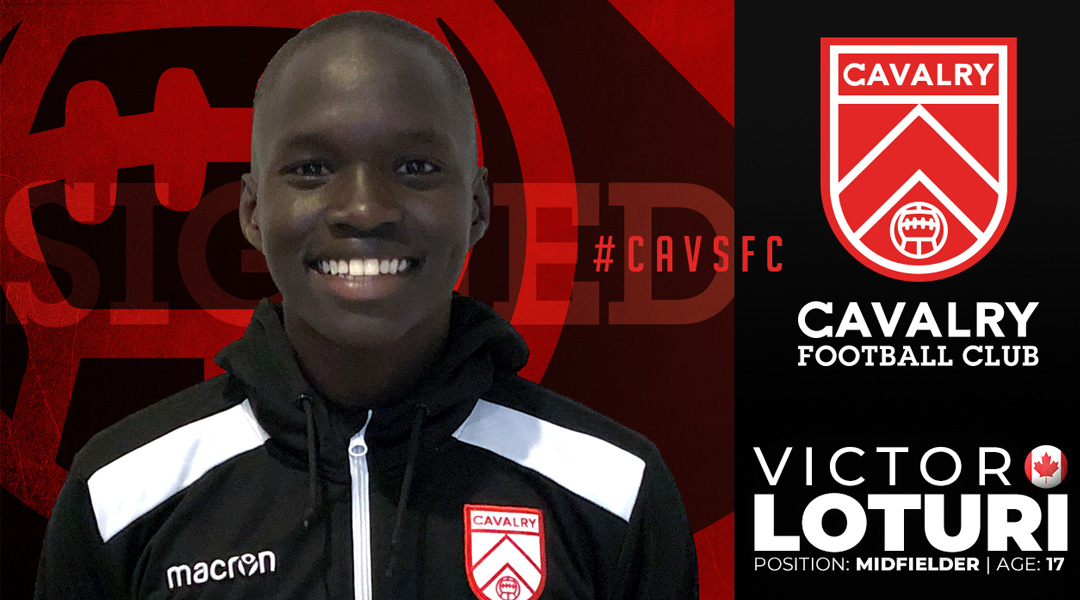 It’s no secret that the main purpose of the Canadian Premier League is to strengthen the country’s domestic game as a whole, and Cavalry FC’s latest signing is indicative of this objective.

After hinting about the signing yesterday, the club has announced that 17-year-old Alberta native Victor Loturi has signed a professional contract with the CPL side. The player had been rumoured since early April, when his name mistakenly appeared on the club’s online kit shop.

Loturi, born in 2001, becomes the burgeoning club’s youngest-ever signing. It’s a logical step for the club to complete the league-mandated Under-21 domestic player rule, which indicates clubs most have three Under-21 players in its 23-man roster, with those players being required to clock in 1,000 cumulative minutes throughout the season.

Victor validates why we needed the Canadian Premier League. He’s a quality young player that we have a very high opinion on and deserves a professional opportunity. Fortunately for Victor this opportunity happens to be for his hometown team, where he can play in front of his family and friends. He will be the youngest player on our roster at 17 years of age, but he plays the game with such maturity and finesse that is far beyond his years. Victor is certainly one to keep an eye out for.

Loturi has spent his youth career with the Calgary Northside Soccer Club, and represented the province of Alberta at the 2017 Canada Summer Games. Before being signed by Tommy Wheeldon Jr., he completed the Calgary Foothills FC Generation Program this winter, being coached by nine other than Jay Wheeldon – who’s now his teammate.

The young midfielder states that he signed with the club because of Tommy Wheeldon Jr.’s faith in him, and he’s not the only player to single out the manager as a key focal point behind his signing: Congolese international Dominique Malonga was convinced to join the Calgary-based side after a FaceTime chat with the manager.

Financial details and contract length were not revealed by Cavalry FC.