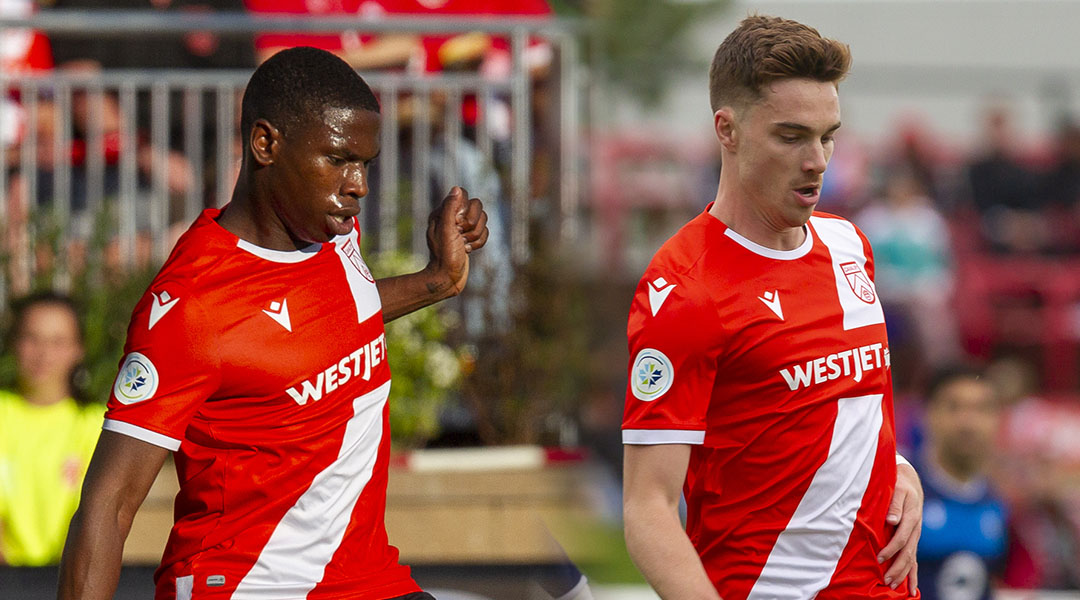 Today, Cavalry FC has announced the re-signing of both Joel Waterman and Elijah Adekugbe for the 2020 Canadian Premier League season.

Both players have connections that stretch several years back: the Trinity Western alumni played together at the U SPORTS level and both spent 2018 with the Calgary Foothills before making the jump with head coach Tommy Wheeldon Jr. to the Canadian Premier League.


23-year-old defender Joel Waterman made 25 appearances for the Alberta-based side in the inaugural CPL season, proving himself a capable professional with a high ceiling. Waterman’s signing comes amidst rumours that he was a being targeted by MLS side Montreal Impact, though there’s still no telling what the January transfer window will bring.

Joel brings a great versatility to our side in that he is able to play as a centre back in a back 4, defensive midfield or anywhere across a back 3. As a team that likes to be tactically versatile and technically assured, Joel fits that profile and is an valuable asset for our club. We are looking forward to what his second year will bring as feel he has a great deal more to show.

Vice-Captain Elijah Adekugbe had a similarly successful year with the spring and fall season champions, making 24 appearances throughout the inaugural campaign as a defensive midfielder. He went as an unused substitute in both legs of the CPL Finals which saw Cavalry FC fall to rival club Forge FC.

His growth throughout the season evidently impressed Wheeldon Jr, who calls him a young leader that brings an integral connection to the club:

Elijah is an important component for our team and played some significant minutes in what was his first professional season. A very composed and technical midfielder that always wants the ball, he is also an exceptional young leader that is integral to the connection of our team. As a player that’s grown up in Calgary, he represents our club with great pride as you can see with what he gives on and off the pitch.

The duo’s re-signing now means that the club’s 2020 roster now stands at twelve players, including the re-signings of several core members and the inbound transfer of former Pacific FC youngster Jose Hernandez.

The club has yet to announce any outbound players, though Honduran midfielder Jose Escalante has stated that he intends to return to Honduras in a bid get national team recognition through domestic action.

The club stated that it was still in discussions with several players who have options for 2020.

The length and financial details regarding the contracts of Joel Waterman and Elijah Adekugbe were not disclosed by Cavalry FC.