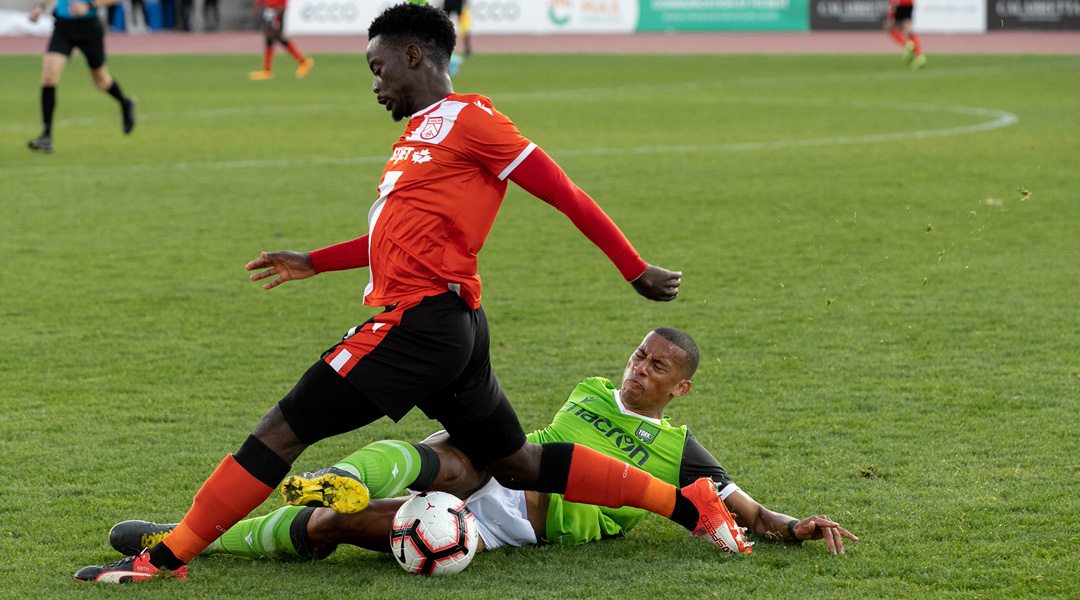 When the Nine Stripes found themselves playing nine-man Cavalry FC, the club was pushing for a game-winning goal that would keep their fall season hopes alive. This Saturday’s match had been a physical one from the start, full of cynical challenges and players up for a good fight.

Nathan Mavilla found himself taking an early shower after collecting two yellow cards in the second half, while Jose Escalante received a straight red for getting physical with Toronto FC loanee Ryan Telfer. Down to nine men, one would think Cavalry FC would bunker itself in and play for a draw. Instead, Cavalry FC took the lead through a great effort from Nico Pasquotti.

We like winning games, so we only know how to play one way. We refuse to lose, that’s first and foremost. I guess we just ran out of time today, I think we could have won that one. Ledgerwood’s had the chance there at the end – Nathan Ingham’s made a great save.  What was it, five minutes of injury time and they scored in the 96th minute? That’s interesting.

The atmosphere at York Lions stadium was palpable after the home side conceded the goal: the crowd was antsy and the players were worked up. By the time Pasquotti put the spring season winners ahead, five yellow cards and one red had been shown, and two more yellows would be waved in the air afterwards.


The drama spilled over on the sidelines, too. One of the York9 FC technical staff was involved in an altercation with the Cavalry bench, and had to be walked away from the scene. For Brennan, the dramatic night was a mixed bag:

Yeah, it was emotional. Which in a way, it’s good to see. It’s good to see the passion, emotion, the fans and the players getting into it, but the thing is when you’re a player, coach, staff, it’s got to be controlled emotions when you play. You can’t let the emotions get the better of you, and I think what happened today, the emotions got the best out of quite a few people tonight.

With so many stoppages as players careened into one another – and the long stoppage that involved the ejections of the match – York9 FC found itself with five minutes of added time to try and avoid losing out entirely to a nine-man travelling team. In the 96th minute, Wataru Murofushi secured a point for the home side by making a run to the post and finishing off a cross with essentially the last touch of the game.

For York9 FC, a draw wasn’t enough: the club is now mathematically eliminated from fall season contention, with the two-legged Canadian Premier League Championship now officially taking place between spring season winners Cavalry FC and Forge FC, though the fall season itself is still to be decided between the latter two teams.


Whatever drama that matchup may bring, it’ll be hard to beat what took place in York Lions Stadium this Saturday night. The score may have only been 1-1, but it was certainly one of the most dramatic Canadian Premier League games to take place in the league’s young history – and that includes Cavalry’s 8-0 drubbing of Valour FC.

York9 FC will be travelling to Hamilton on Sunday, October 6, to play against Forge FC, with head coach Jim Brennan saying that many players on his squad are now left fighting for their place on the club’s roster next year. Cavalry FC has a shorter turnaround, facing Valour FC this Wednesday.