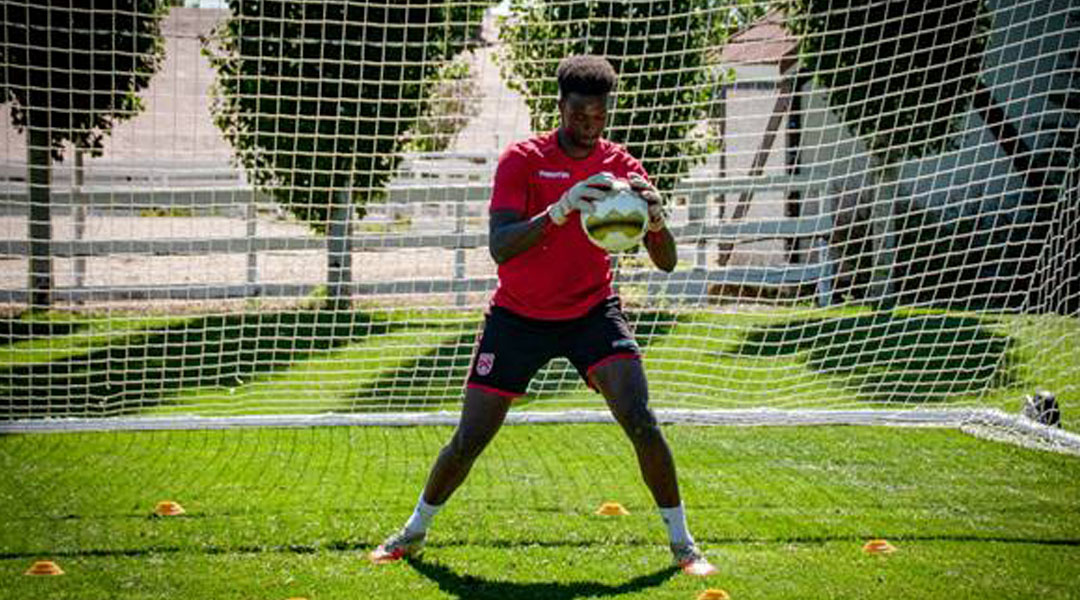 Alberta-based Canadian Premier League side Cavalry FC is giving a unique training opportunity to six young players that are currently part of the club’s U-20 Development squad.

The Cavalry FC U-20 squad participates in the Alberta Major Soccer League, which saw its 2020 season cancelled due to COVID-19.

With league approval and after securing negative COVID-19 test results, Cavalry FC presented the six youngsters with an opportunity to train with the first team under the tutelage of Jay Wheeldon, Ash Gooch, and Nik Ledgerwood.

This is an invaluable learning experience for these six talented, young and local Cavalry prospects. It’s a great opportunity for these aspiring young players to see the work and dedication it takes to play in the Canadian Premier League.

The trainees are goalkeeper Bilaal Hassan, centre-back Caden Rogozinski, full-back Ethan Keen, centre midfielders Marco Plenzik and Max Piepgrass, and centre forward Gareth Smith-Doyle. All six players have spent time developing with the Calgary Foothills at the grassroots level, and were born in 2002 aside of Max Piepgrass, who was born in 2004.

It’s been awesome to train with players I’ve looked up to and watched and I’ve recognized the very high standard the club expects. I appreciate the opportunity to play as it has been a goal of mine to play at that level.

Yesterday, Tommy Wheeldon Jr. used his last remaining roster spot on returning right-back Dean Northover. This means that there technically isn’t any room to add any of these youth prospects for CPL competition, though the fact that Jose Escalante and Richard Luca likely won’t participate in the season could ultimately mean that two roster spots are still up for grabs.

Al Classico rivals FC Edmonton made a similar move on Monday, with the club keeping Raul Tito – who is currently unable to enter Canada – on contract but using his roster spot to sign a domestic player for the 2020 CPL season.

Whatever happens, it’s a good opportunity for Cavalry FC to gauge the development of some of the side’s non-professional U-20 players. For the moment, the senior team’s youngest player is Aribim Pepple, who was also born in 2002.

Cavalry FC will kick off The Islands Games on August 13, 2020 when last year’s runners-up square off against Forge FC.