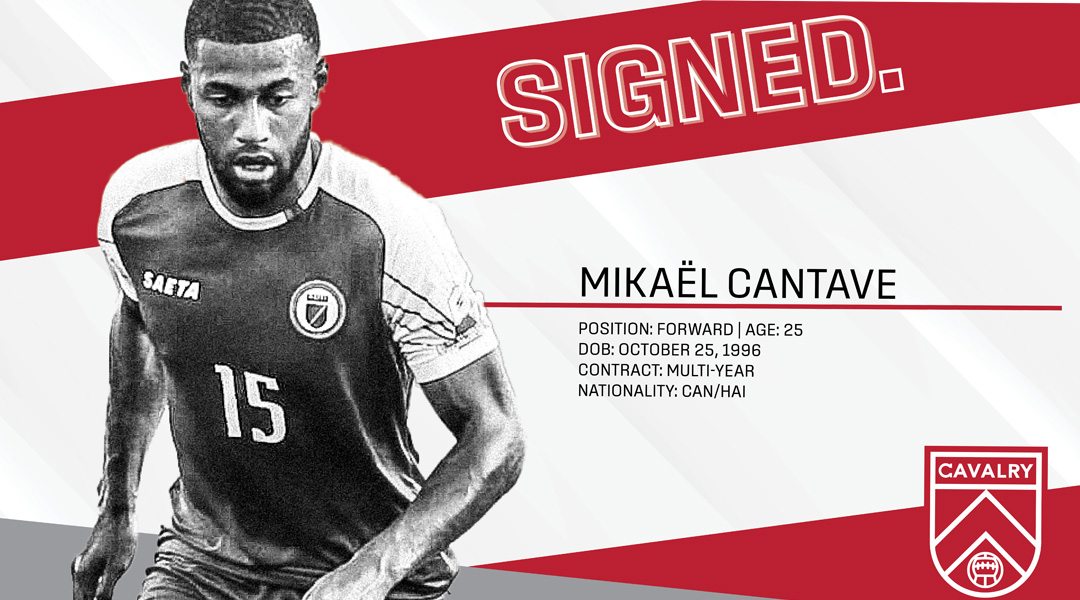 The Canadian-Haitian winger steps into the Spruce Meadows setup hoping for some long-term stability after playing for ten clubs over the last six years.

Cantave’s senior career has seen him become well-versed in the Spanish lower leagues, where he played for nine clubs in five years before most recently plying his trade with Romanian top flight side AFC Chindia Targoviste.

“Mikael is an exciting and dynamic player that can add depth to our attacking options,” said Cavalry boss Tommy Wheeldon Jr. “He has immense professional experience under his belt from playing in Europe, along with having international experience in the CONCACAF environment, which is valuable given he’s still yet to hit his peak playing years.”

Cantave had once been a Canadian youth international, representing Les Rouges at the U-17 level before completing an allegiance switch to Haiti. He has made eleven senior international appearances in the time since, two of which came last year when he featured in World Cup Qualifiers against Turks and Caico and Nicaragua. He rode the bench against Canada last June.

The Alberta-based recently added Spanish full-back Roberto Alarcon, with midfielder Victor Loturi being sold to Ross County and the club evaluating an offer for Aribim Pepple.

New signing Cantave has already arrived to the city of Calgary and will eligible for selection in tomorrow’s home match against the Halifax Wanderers. With both Meyer Bevan and Charlie Trafford sidelined, it might not be too long of a wait to see Cantave in action.

The full length, structure, or financial details of Cantave’s contract was not disclosed by Cavalry FC.