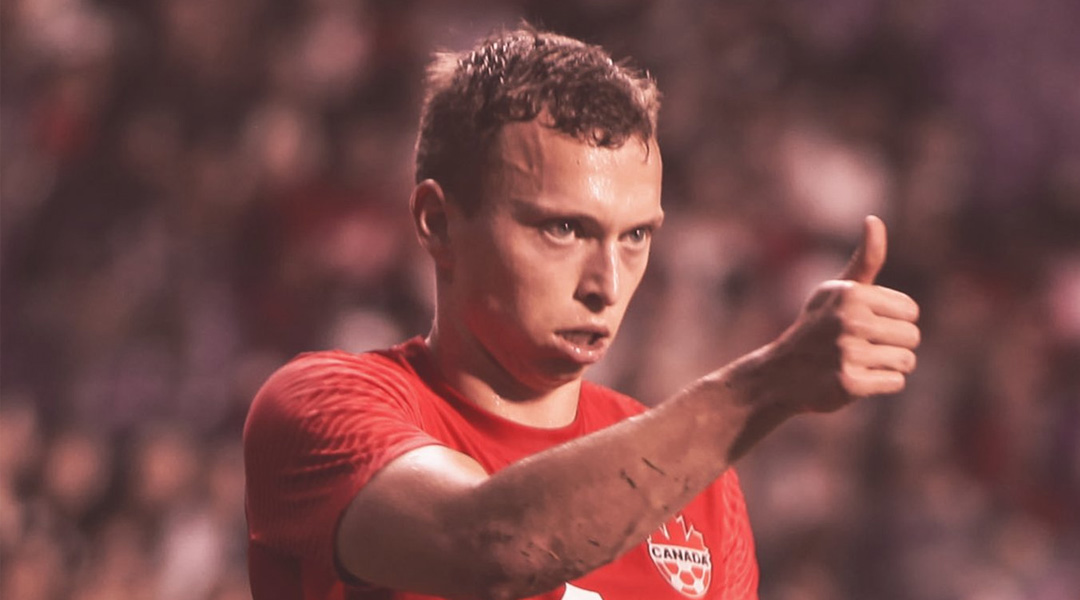 Update: It appears that Celtic has reached a verbal agreement with CF Montreal, as per Fabrizio Romano this morning.

In-form Canadian defender Alistair Johnston might be heading to the Scottish Premiership.

The CF Montreal right-back is following up a stellar playoff-hitting MLS season with strong national team showings, including against Belgium, and Celtic FC have taken notice.

According to Manuel Veth, the 24-year-old is in advanced talks with the Scottish Premiership side regarding a permanent move to Celtic Park. That bit of breaking news has since been backed by the likes of Tom Bogert and Fabrizio Romano, too.

Johnston, valued at around six million euros ($8.3M CAD) is seen as a strong potential replacement for Croatian right-back Josip Juranovic, who is likely to move on in January.

“There is only so much I can say right now but if an opportunity arises, sure,” Alistair said regarding a potential move abroad. “I am really happy at Montreal and we have a great thing going, but at the same time I want to test myself, and I want to see how high I can go.”

Romano reports that personal terms have already been discussed, meaning it’s now up to Celtic and CF Montreal to come to terms. Johnston also holds a UK passport, making the paperwork behind the move a non-issue.

The defender’s latest season with CF Montreal saw him prove a fan-favourite, with the right-back wowing crowds with his fluent movement up the flank, contributing four goals and four assists in 31 appearances.

To pry him away from Montreal, Celtic would need to pay a seven figure sum for the club’s most valuable defender, who is under contract through 2023 with options for a further two years.

It was Nashville SC who brought him to professional heights through the MLS SuperDraft before that, with the Tennessee-based side set to earn 10% of his potential move to Celtic.

That’s not bad for a footballer who wasn’t in the professional rankings back in 2019, though he was with League1 Ontario’s Vaughan Azzurri when the semi-pro side nearly bested the Halifax Wanderers.

Johnston’s impressive rise in the time since hasn’t just been at the club level, with the right-back bursting onto the scene as an integral piece for Les Rouges. Under Herdman, he’s in the midst of a record 29 consecutive appearances for the Canada.

“We never want to look back at our career and have the, ‘What if?’ question. I’ve nightmares thinking about that. I want to push the boundaries of what is physically capable for me. If that means going overseas, and trying to see what kind of level I can play at, then so be it. We will see how the World Cup goes and we will see what happens after that,” added Johnston.

While rumours about interest from Serie A side Bologna had cropped up following his arrival in Qatar, the move to Celtic is looking much more concrete – though negotiations haven’t quite locked in terms for both parties yet.