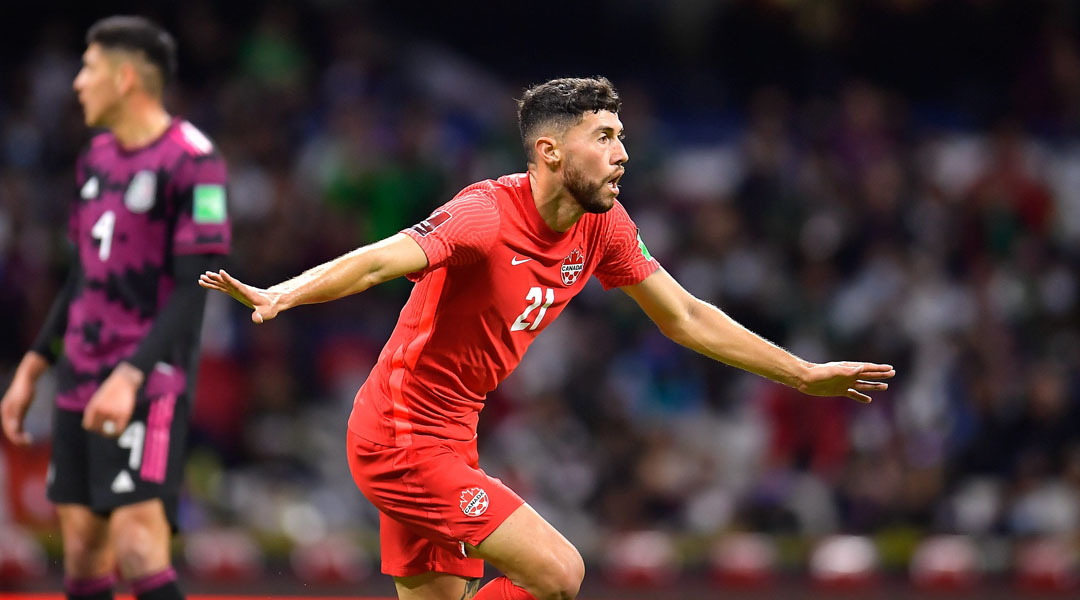 Editor’s Note: As part of showcasing the diversity of footballing talent from across Central America and the Caribbean involved with Canadian soccer, we’re pleased to deliver the second edition of CA & C Cafe, a feature focused on how the rest of our confederation is shaping our game.

Going to a match at the Estadio Azteca had been a dream of mine for a decade.

Home of two World Cup Finals and soon to play host to a third World Cup, the site of Maradona’s heroics (and craftiness) and the home of Club America – Mexico and CONCACAF’s most decorated football club – the Estadio Azteca is steeped in history. Thanks to the help of the Mexican Football Federation (FMF), Canada Soccer and some timely advice, we managed to snag some seats in the upper bowl of a stadium already sold to its COVID-reduced limit of seventy five percent. Before long my host and I were surrounded by forty one thousand three hundred and twenty nine spirited Mexicans…so as I stood (alone) to sing Canada’s national anthem, I really appreciated how nice it would have been to have some travelling company!

Then the game started. Now, I could tell you about the ten red and white jerseys I saw sprinting from my perch in the upper bowl, but let’s face it, viewers at home had a more detailed view of the action than I did! (I certainly missed Onesoccer’s broadcast team and instant replay while I watched it…) So instead, let’s talk about the experience of being in the Azteca in a game in which Canada outplayed Mexico in Mexico.

It was amazing to watch Canada stand their ground, looking as comfortable in the Azteca as they now do at home. Canada started brightly with an early shot in the second minute that shocked the crowd into whistling abuse at them. Given how even the game was, Jorge Sanchez’s goal in the 21st minute felt somewhat against the run of play. Even though Canada needed to score, I was glad to see our team continue to play with the same comfort and swagger. When Osorio’s goal came just before half time it felt like a just reward, rather than a surprise. By that time I was lucky enough to have met Jane, an Air Canada flight attendant who was sitting two rows in front of me (and was the only Canadian I saw all evening), and it was great to have somebody to cheer with the rest of the game, and yet remain anonymous to the rest of the people there.

Heading out into the calm night, I reflected that watching the Canadian National Team play comfortably in Mexico made me appreciate the importance of creating the Canadian Premier League (CPL). In the past, our Canadian men’s team has certainly lacked enthusiasm about playing in Central America. That lack of enthusiasm was mirrored by Canadians, including me, who expressed their passion for football by fervently following the adventures of distant nations and distant teams for decades. The CPL was built to help grow support for soccer and supporter culture in Canada, stating, “We’re built by and for supporters. Without fans, there are no clubs and without clubs there is no league.” Yet, there is a symbiotic relationship as well between a confident team and fervent fanbase. Maintained over time, this relationship will seep into our national identity – and Canada will come to be seen as a footballing nation in our own right. Our groundswell of semi-pro and professional football leagues from coast to coast has begun this process at the local level. Watching Mexican fans applaud – not heckle – Jonathan David as he stepped onto the field in Mexico City, and read local press describe him fearfully as “el monstruo de Canada” makes me believe that Canada has made an imprint in international soccer.

As Forge FC’s Bobby Smyrniotis noted in October, Canadian players and teams need to step into Latin America and the Caribbean’s hostile environments and play boldly, because our players are good enough – and sustained success builds respect, both at home and abroad.

Mexico, CONCACAF and the world are taking notice of the Canadian Men’s National Team. Whether we play in Edmonton, Tegucigalpa or Doha, Canadians coast to coast should stand beside them.