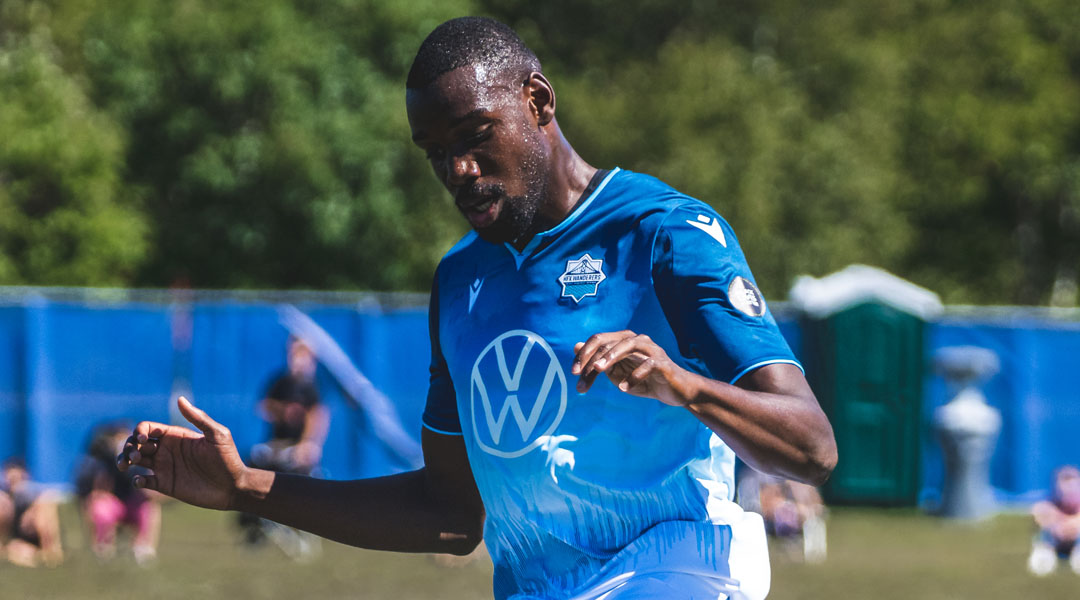 Editor’s Note: As part of showcasing the diversity of footballing talent from across Central America and the Caribbean involved with Canadian soccer, we’re pleased to launch the first edition of CA & C Cafe, a feature focused on how players from the rest of our confederation are shaping our game.

When Jems Geffrard arrived to play for HFX Wanderers FC after the 2019 Gold Cup, he would have likely understood if some Canadian Men’s National Team fans were less than warm. Born and raised in Montreal, Mr. Geffrard had chosen to play for Haiti – and after a sensational quarter-final in Houston, he and his teammates dumped Canada out of the tournament with three unanswered second half goals.

On the verge of another Gold Cup and Haitian reunion against Canada in Group B, we caught up with Jems in Miami, and got a chance to ask him about his experiences playing against Canada, life as a core member of the Halifax Wanderers, and his memories as Halifax earned their 2020 CPL Finalist berth. The following has been edited for length and clarity.

Northern Tribune (NT): What was it like suiting up against Canada the 2021 World Cup Qualifiers?

Jems Geffrard (JG): It’s always a good game for me. Personally it’s kind of like a rivalry – maybe not for all my Haitian teammates, but Canada is the country I was born in, so it is  always good to play against “them”. We felt it was a good experience; we played Canada before in the last Gold Cup, and now we got a chance to play them again in the Qualifiers. Unfortunately we lost the games, but it always feels good to play against Canada.

NT: So, you have now had the opportunity to play for HFX Wanderers’ Head Coach Stephen Hart for a year. What was it like to play for him, especially with Halifax reaching their first Final in the second year of the CPL?

JG: I really like Stephen Hart as a coach. He is great at keeping the team together and making sure everybody is happy. Stephen knows how to motivate the team and has good speeches. Even with the challenges from COVID-19, he helped everyone cope with the impacts and still be ready to perform and compete.

NT: Looking back at 2020 and the Island Games, Halifax played Cavalry FC in the 4 team group stage knowing you had to win to make it to the Finals – and you did, 2-1, keeping Cavalry off the scoresheet until the 80th minute. What do you remember about that game?

JG: I don’t really remember Coach Hart’s speech, but I do remember one thing that has stayed with me. Stephen had a pen and he asked one guy to just break it in front of us. So the guy took the pen, and broke it. Then Stephen had twenty pens secured together, and Stephen asked the same player to break them together, and the guy couldn’t. Coach’s message was simple. “If we all stick together in this game nothing is going to break us.”

NT: What is it like, as a Caribbean player, to be able to play for someone who has an understanding of the Caribbean like Stephen has, given his background playing and coaching in Trinidad and Tobago? What difference does it make to have Akeem Garcia (T&T), Andre Rampersad (T&T) and Alex Marshall (Jamaica) there with you?

JG: I feel that It’s easy for us all to communicate, and that there is definitely a family vibe.

NT: What are your thoughts on the 2021 Canadian Premier League season for Halifax?

JG: Well, while we lost some good pieces last year, we also gained some new players that our fans will be happy to watch!

NT: The Canadian Premier League has been seen as a key opportunity for Canadians, but it has also opened up professional jobs in soccer for Caribbean players.

JG: While I don’t know much about playing in the Caribbean, I think the League is providing a good opportunity for them to come and play in Canada because the level of play has changed and the visibility of this League is different. The League is an open door for Caribbean, Central American and South American people.

Jems remains with the Haiti national team, which is set for the aforementioned reunion against Canada later on tonight. After steamrolling its qualification matches, a COVID-19-impacted Haiti roster fell to a 1-0 loss against the United States on Sunday, and will be without seven athletes available tonight.