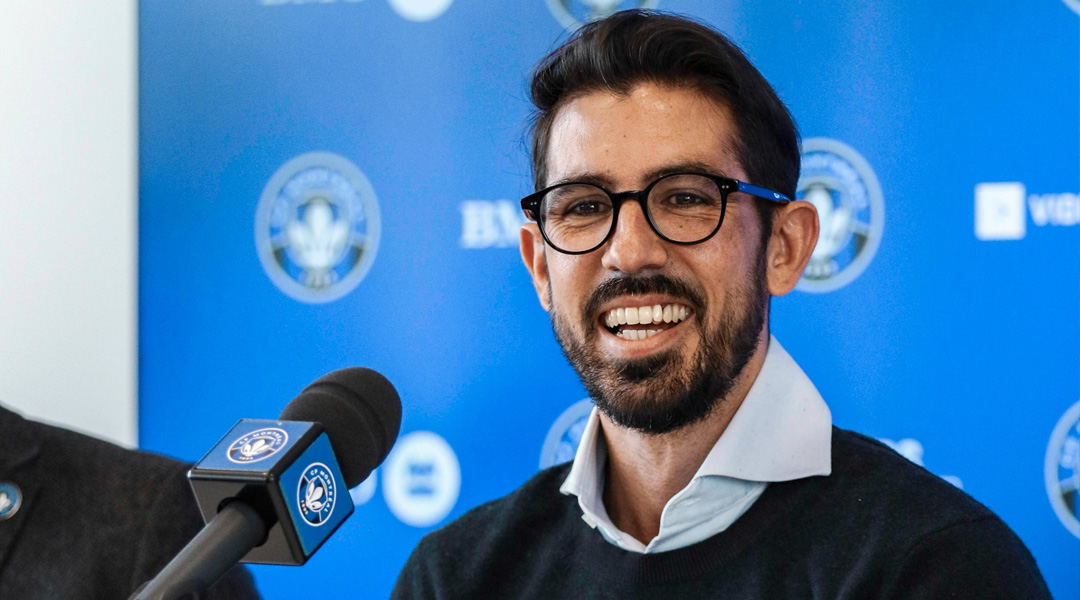 On Thursday morning the Argentinian coach met the Montreal media for the first time.

Hernan Losada was officially hired yesterday by CF Montreal, and today he met the media for the first time as head coach to discuss his hiring.

The former DC United coach doesn’t have the best track record as a coach so far, with multiple stories coming out on his radical coaching tactics.

Many DC United players came out saying he made training and practice too grueling, too intense, and they felt burned out before even playing a game. He weighed his players three times a week and if the player was overweight he was then fined, potentially didn’t play, or started the game on the bench.

There was even a story about an ex-goalkeeper who said that he got in trouble because he posted a picture on Instagram from over two years ago eating chips and soda at a picnic.

That also caused a stir but the young coach finally admitted maybe those tactics were wrong and that he was young and he was still learning to be a coach.

“I’m a young coach who is still learning a lot as a coach and as a person and my experience at DC United was my first after living 15 years in Belgium. I am very thankful for the opportunity they gave me because they brought me to MLS and I believe that is why I am here today. There are things to improve on and I am ready to be a better person and a better coach”.

Losada confirmed that despite the negative publicity he got over 25 messages from the staff and players at DC United who he mentioned were very happy for him.

“We can focus on all the negative comments but then we don’t realize the positive comments I received,” he added.

The Argentine also stressed that it is not easy as a coach to handle 35 players and make everybody happy, and that he is is still growing as a coach in his second MLS coaching stint.

Olivier Renard, CF Montreal’s technical director, did state that in his own playing days weighing players was a regular thing and that if they were overweight then they weren’t really professional.

Losada was asked about losing key pieces like Djordje Mihailovic, Ismael Kone, and Alistair Johnston and the potential this team has for next season.

“What this team did last year was amazing, and we will try to improve on it this season. With Olivier and the entire team around me, I am confident we can be a competitive team, so it’s a challenge but I am sure we can achieve it.”

He was also asked about his style of play and if he plans to use the same tactics as he did in DC. He answered that as a number ten in his career, his philosophy revolves around how to create more scoring chances to collect wins, while retaining defensive stability.

The Buenos Aires native was also asked how he can improve on being a better coach and a successful one with CF Montreal.

“With games, you will learn and put yourself in new situations and I have a lot of experience as a player but as a coach, I am just starting my career,” he stated.

CF Montreal will begin the 2023 MLS season on February 23rd in Florida against Inter Miami.