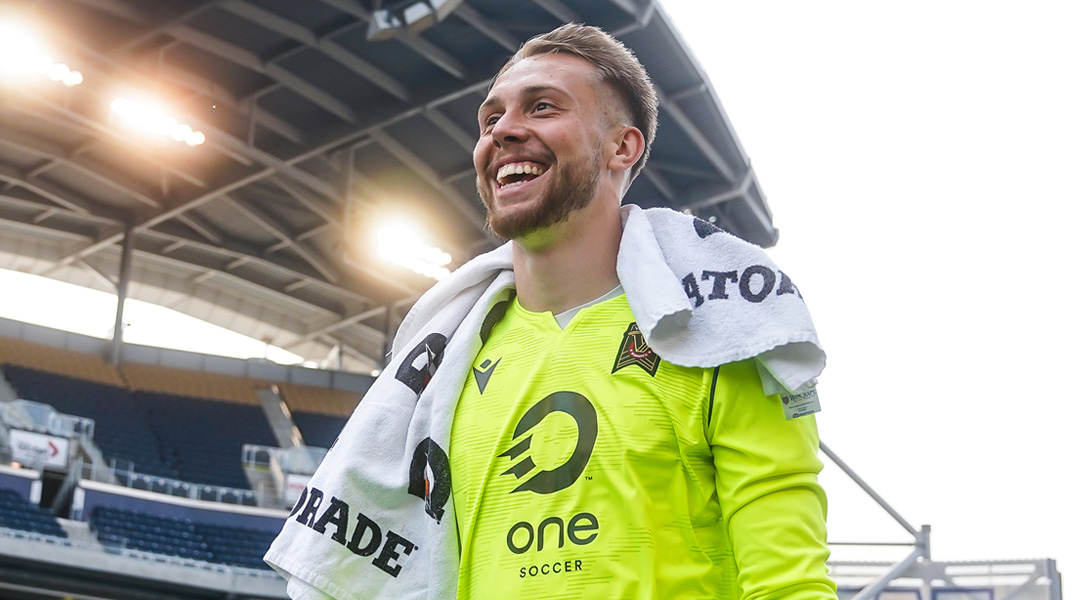 Jonathan Sirois is back with CF Montreal for preseason camp following his second loan stint with Canadian Premier League side Valour FC.

Much like James Pantemis before him, he was lights-out during his initial loan with the Winnipeg-based side, and has now added a second year of professional experience to his belt.

There’s been plenty of change over at CF Montreal, with Hernan Losada taking the reigns, potentially opening the door for Sirois to stake a claim on the first team roster sheet.

“It’s time to show the club that I’m capable of playing professional games here in Montreal, in MLS. That’s my goal,” he told the Journal de Montreal during camp this week.

“I am a Quebecer, I am a Montrealer. My dream since I was little is to play here, at Saputo Stadium, in front of my family and friends and in front of the whole city. I’m proud of that and I’ve been waiting for this moment for years.”

The academy product isn’t the only one on the hunt to lock in gametime with the club this year, though Sebastian Breza is no longer amongst the competition.

Instead, Sirois will compete with Logan Ketterer in camp, with James Pantemis now arriving after being given additional time off following Canada’s first men’s World Cup appearance since 1986.

Regardless of the who is competing with him, Sirios knows an opportunity with the first team will be earned, and not simply given.

“There was no promise, but I’m not coming to camp with the same naivety as last year,” added Sirois. “I know James [Pantemis] finished the season very well last year, I know he may have a little bit of a head start. But there’s nothing set in stone. I still have a shot. It’s up to me to show the new coach [Hernan Losada] that I belong here.”

Sirois had returned to Montreal last season as a golden glove winner following his first Canadian Premier League season, telling media at the awards ceremony that he was happy he took a chance on the burgeoning domestic league.

He then underwent preseason with CF Montreal, but didn’t end up sticking with the first team. Valour had held on late into its own preseason hoping for his availability, and he returned alongside fellow CPL standout Sean Rea.

His second loan stint at Valour proved more challenging, with the Montrealer losing his starting spot in the late summer before carving back a swath of playing time at the tail end of the season. He finished with five clean sheets from nineteen games, and no golden glove nomination this time.

“I learned a lot, especially how to deal with being benched more often and having to come in and play important games,” Sirois reflected, taking positives from the experience. “That’s something I’ll be able to bring this year. If I just play five or six games, I have to be good.”

The 21-year-old says the experience has helped him grow as both a player and a person, and he’s taking inspiration from CF Montreal product Maxime Crepeau, who broke through in 2017.

“It’s not always easy to be a goalkeeper in Montreal, no matter what sport,” added Sirois. “I’m ready for it. I’ve seen it from the outside and experienced it a little bit with Evan Bush and Clement Diop.”

The CF Montreal preseason camp kicked off with plenty of optimism, though the first week has since seen the firing of newly-minted reserve coach Sandro Grande and Kei Kamara putting in a public transfer request.