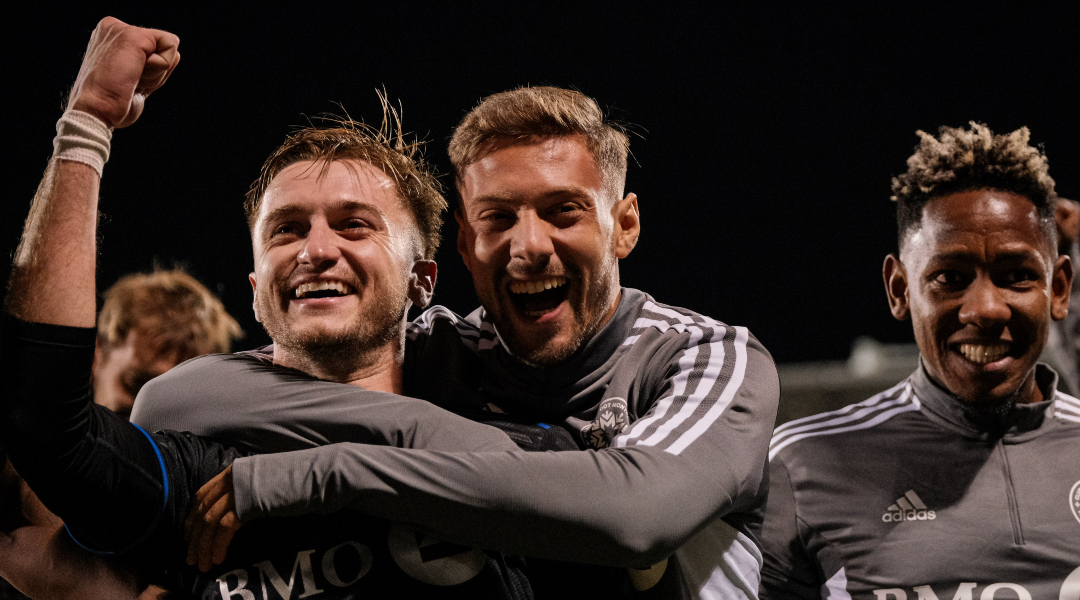 Ismael’s Kone first goal with CF Montreal came in February, in his first game, when he helped his club eliminate Santos Laguna from the Concacaf Champions League.

There’s something going on between Kone and important moments.

“We could say yes if we count both goals,” Kone said with a smile. “I’m just happy to score and I try to score as much as possible when I can. Sometimes the tactics have me stay farther down and sometimes I’m a bit higher up so it’s different.”

“Those are important moments for me and the first [goal] was the most important for me because it was my first game and that was special but this one, it’s one for the books.”

Djordje Mihailovic, who fed him the ball in the 68th minute to break the ice, firmly believes that Kone has earned his call-up to the Canadian men’s national team for the 2022 World Cup.

“Thinking about last year and this year, I think he took a huge leap and I think he deserves to be in the World Cup with Canada, 100 per cent.” Mihailovic said. “He works hard, he has a good head on his shoulders in training and in the game so you can see his quality. You can see that he’s full of confidence and he doesn’t back down from any challenges and for his age, it’s a special thing.”

CF Montreal hosted their first playoff game since 2016 in front of a goosebump-inducing sold out crowd at Stade Saputo. Djordje Mihailovic didn’t mince his words: it was the best crowd he’s played for.

“It was incredible,” Mihailovic said. “The best atmosphere I ever played, I think, in my professional career. It says a lot because I played in a lot of good atmospheres.”

Despite holding very little ball possession, Orlando had the best scoring chance of the opening 25 minutes. Mauricio Pereyra found Ercan Kara with a long through ball in the space but his shot went just over the crossbar.

CF Montreal only had two shots on target in the game, both hit the back of the net. Head coach Wilfried Nancy said that he and his squad were prepared to face a situation where the visitors would park the bus and hope for a penalty shootout.

“I’m not bothered by that, what I’m interested in is the amount of times we attack their box. At the moment where we start attacking the box in an interesting way, after that it comes down to finishing. […] I would have liked to have more players in the box in certain moments but they built the game the right way.”

Referee Ismail Elfath received a thunderous wave of insults from the home crowd during first half stoppage time. Lassi Lappalainen dribbled past two Orlando defenders but was taken down by Ceasar Araujo inside the box but Elfath didn’t point to the spot.

Apart from veteran Kei Kamara, Montreal’s roster was filled with player with little to no playoff experience. The frustration of the first half could have been a mental burden but, for Mihailovic, the squad was well prepared for the task.

“The way the group prepared for this game was not to get too ahead of ourselves,” he said. “Yes, we know the importance of this game, but we also know that we belong here and we proved for 34 games that we were one of the best teams in the league and we deserve these moments.

“I think just a few of us played a playoff game. Me, [Alistair Johnston], I think Kamal [Miller] as well, Kei [Kamara] for sure. But now that we all got a win under our belt, we just keep going. On to the next one.”

Kone finally broke the deadlock with the first shot on target from either team in the 68th minute. The young Canadian international received a pass from Djordje Mihailovic inside the box, beat Pedro Gallese and released the tension that had built up at Stade Saputo. Kone substituted off in the 80th minute in front of a standing ovation.

Montreal capped the game off with a goal from the penalty spot. Mihailovic was taken down by Pereyra while he was chasing the ball rolling outside the box.

Elfath headed for the Video Review monitor to examine whether the American was indeed tackled inside the box. The referee pointed to the spot and Mihailovic chose the right side to end his game with a goal and an assist.

The squad ended the game with their traditional rendering of Neil Diamond’s Sweet Caroline in front of the east stand, which they’ve played after every win for the most part of the regular season.

The Eastern Conference is set for Sunday, Oct. 23 at 1:00 pm ET where Montreal will take on the winner of the NYCFC-Inter Miami CF game.