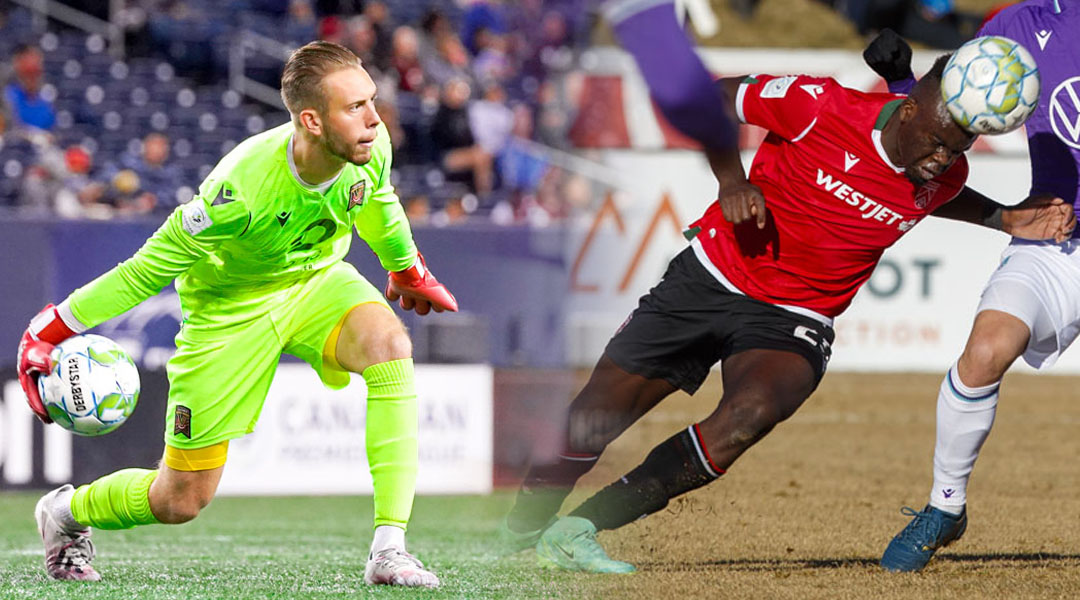 Culture Soccer’s Hady Raphael has reported that both Jonathan Sirois and Karifa Yao will spending the upcoming season back on loan with Valour and Cavalry, respectively.

Both athletes had spent the previous season on loan with those respective sides, where they established themselves as starting choices who impressed highly at the Canadian Premier League level.

Following their standout campaigns, it was no surprise to see CF Montreal activate its options for both young men last November – though their return to the CPL this season was much less of a guarantee.

He had been briefly recalled by CF Montreal last August, riding the bench in a scoreless draw against FC Cincinnati. With his parent club entering the season with Sebastian Breza, James Pantemis, and Logan Ketterer on the roster, it looks like Sirois’ best bet for gametime will be back with Valour.

Related: Sirious Reflects On ‘Taking The Chance’ in CPL

It’s a good thing that the Winnipeg-based side held off on recruiting another goalkeeper while it waited to see if Sirois might become available, though that means trialist Quillan Roberts isn’t likely to stay around.

Karifa Yao had also proven to be a starter in the league last season. He made 26 appearances for the Cavalry FC in a season that even saw the young defender snatch a playoff goal at Spruce Meadows.

Tommy Wheeldon Jr. had stated he’d love to see Karifa back, which came as no surprise given that he led the side in tackles, duels, and clearances. After a preseason stint with CF Montreal, it looks like his parent club would like to see another good year of progress before we might see him get further opportunity at the MLS level.

Radio Sports Montreal also confirmed that Karifa was with the team in Mexico, though an official statement has yet to come from either club. Cavalry are set to spend the next several days in Monterrey, and appear to have added German goalkeeper Julian Roloff to its roster, too.

While the loan moves for either player have yet to become official, both CPL sides had previously made it clear that they’d love to have each respective players back for another season. The duo liekly won’t be the only CF Montreal youngsters sent on loan to the CPL this season, either.

Today has also seen another MLS-to-CPL loan move come to fruition, with Toronto FC sending defender Luke Singh to FC Edmonton. It is also rumoured that the Vancouver Whitecaps will be sending Kamron Habibullah to Pacific FC.