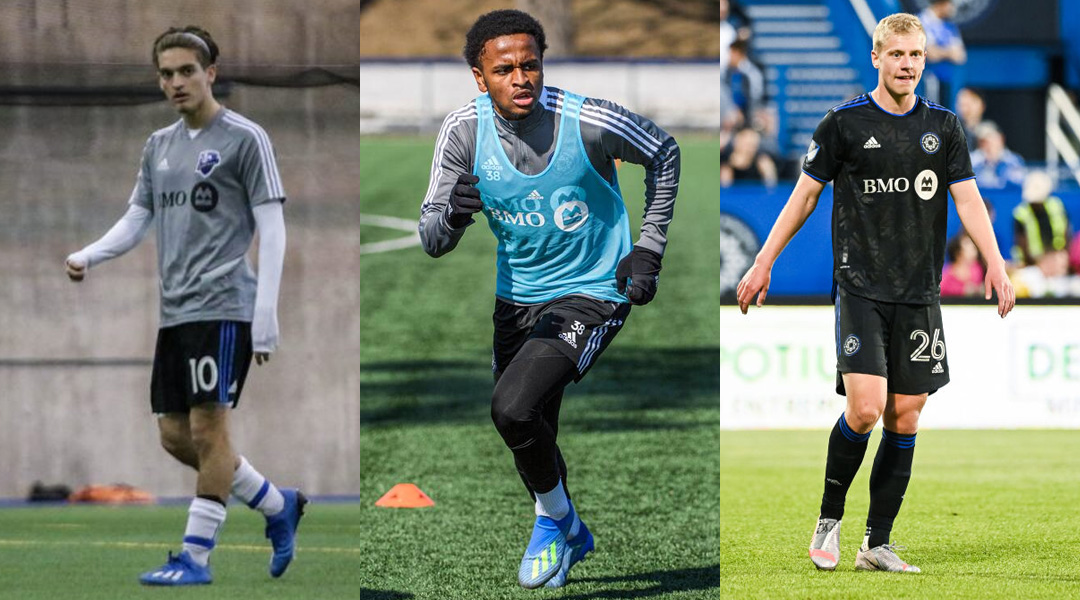 Argentine heach coach Hernan Losada has been given the reigns in Montreal this year. The former DC United manager takes over a side who have seen their fair share of departures this off season.

Victor Wanyama’s contract has expired, Djordje Mihailovic has completed his move to AZ Alkmaar, Ismael Kone moved to Watford, and Alistair Johnston is now at Celtic. These are just some of the players who have followed Wilfried Nancy in departing CF Montreal this winter.

Losada has thankfully seen James Pantemis re-sign with the club as well as the new signings of George Campbell from Atlanta United and Aaron Herrera from Real Salt Lake to reinforce the defense.

While some more players are likely to arrive this off season, and Losada will  now get the chance to put his stamp on the side and make the signings he wants. Losada though will will also have the chance to take a look at some young players who could provide a big impact this season already on the books.

The attacking midfielder has been in scintillating form in the Canadian Premier League with loan spells at Valour over the past two seasons.

Rea tallied five goals and nine assists last season and will enter preseason in Montreal with spaces ahead of him following the departures of players like Mihailovic. He is a truly flexible player in the attacking midfield role and is able to play on either side, but could be most dangerous in a central role.

He made great strides in his career over the past two season, improving from one goal and five assists in 2021 to the five goals and nice assists last season. He finds space well, his movement around the pitch ensures he can collect the ball in dangerous areas with a desire to create opportunities with a varied passing range.

Losada used a 3-4-2-1 formation quite frequently at DC United which could see Rea at times fill one of those spots behind the centre forward in 2023.

Ismael Kone somewhat jumped the queue last year. Rida Zouhir was hoping to make some appearances in 2022 but the emergence of Kone halted his progress and left him with just 118 minutes in MLS total in 2022 according to transfermarkt.com.

With Wanyama and Kone leaving, this leaves Samuel Piette as the experienced head in the middle of the pitch. The player that joins him will either be brought in, which is quite likely, or promoted in the case of Zouhir.

While a move for a more experienced central midfielder seems likely, Zouhir should get more opportunities in this role in 2023. Not quite as attacking at Kone but provides a determined presence in breaking up play and competing in the middle of the pitch.

The Icelandic U-21 international has already appeared 12 times for his countries U-21 side though has just 11 appearances for CF Montreal, where he has only played 156 minutes in MLS.

The tall central defender has seen competition arrive in the shape of George Campbell from Atlanta United, but there are continual links with moves away for Kamal Miller and Joel Waterman this offseason.

The left-footed defender has shown excellent passing ability with the Icelandic national side’s U-21 and younger categories, which could see him take on the role currently occupied by Kamal Miller or alongside him in the centre of a back three.

He has bags of potential and will be keen to catch Losada’s eye in preseason as it gets under way.

There will be plenty of changes and lots to prove in Montreal this season. Joey Saputo has fans expecting direction and answers on how to deal with this turnover, and has brought in Losada who himself has plenty to prove after his eventful time at DC United. The players too will see new faces arrive, but there is a fresh start for all to gain their place under a new head coach ready to build this team with aims of competing for playoffs once again in 2023.