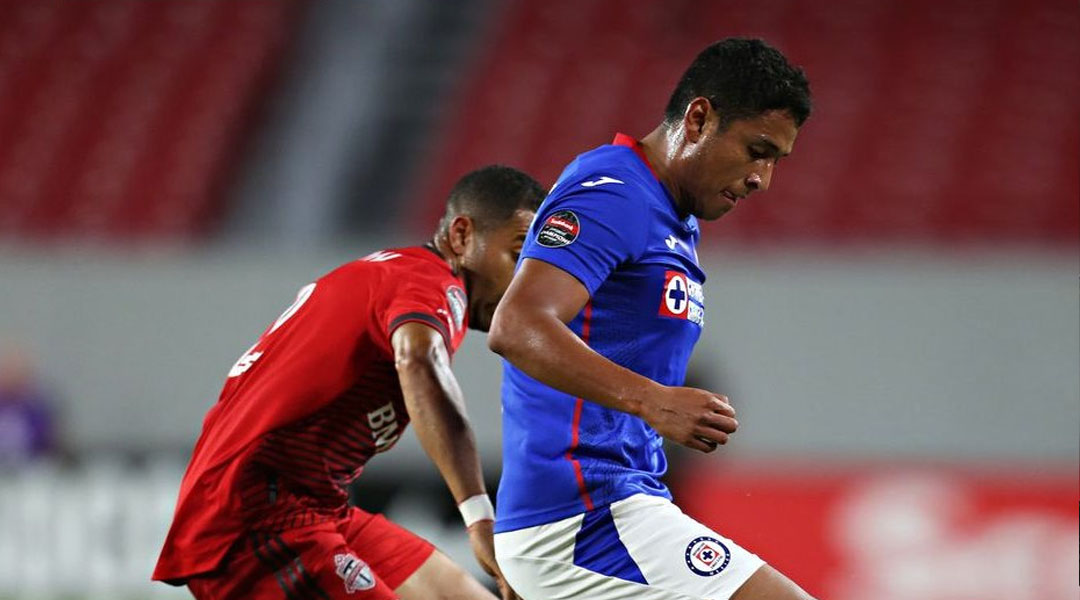 Toronto FC fell to a 1-3 loss against Cruz Azul in a Champions League quarter-final that featured plenty of goals, VAR, and set piece chances between the MLS and Liga MX teams.

TFC entered the much after a slow start to its MLS campaign, though the club’s time in the Champions League had thus far proven much more fruitful with a young squad surpassing Club Leon earlier this month.

The match also held the surprise inclusion of VAR, which wasn’t expected to be including in this year’s competition until later at least the semi-finals.

Head coach Chris Armas was forced to forge on without Alejandro Pozuelo, though the MLS side was bolstered by the return of Jozy Altidore in a starting role.

With new designated player signing Yeferson Soltedo still in quarantine, the reds lined up in a 4-2-3-1 with Auro Jr., Gonzalez, Zaveleta, and Morrow ahead of Bono (Laryea had reached yellow card accumulation), with a midfield comprised of Bradley, Priso, Delgado, Osorio, and Shaffelburg behind Altidore.

It took just under three minutes for Cruz Azul to get the go-ahead goal, with the Liga MX side gaining possession from a poor pass from Altidore. The side played the ball to Ecuadorian forward Brayan Angulo, who fired a right-footed rocket from just outside of the box after completing a sharp turn to carve out some space away from Auro Jr:

Ten minutes later, a ball from Shaffelburg found Altidore in the middle of the box, but the striker’s low header found itself immediately blocked. While the ball bounced back to his feet, any opportunities for a second strike were quickly snuffed out by a quick-footed Cruz Azul defense.

Defender Eriq Zaveleta then found himself entered into the referee’s book in the eighteenth minute after he bowled Pineda over as the duo chased a lofted pass, with the Mexican midfielder perhaps making the most of the knock.

Against the tide, a strong run from Justin Morrow saw him win possession with ample space on the left flank in the twentieth minute. The full-back moved quickly to fire in a low cross across the box. with the ball finding its way to Jonathan Osorio. The Canadian was then able to mimic his 2018 Champions League form to fire home an equalizer from close range:

As pointed out by Martyn Bailey, the goal means that Jonathan Osorio has now scored against 22 different opponents – the most of any player in club history, and one ahead of Jozy Altidore.

The smiles wouldn’t last a full minute for the reds, however, with a forward-lofted ball from Cruz Azul meeting the head of Juan Escobar in the box. His tight-angle header then bounced beyond the reach of Bono to cross the line:

However, the inclusion of VAR proved to be a literal game-changer with a video review determining that Escobar was incrementally offside, with the score thus being reverted back to 1-1.

Minutes later, the reds found themselves sweating the video review system when Osorio went under review for a potential handball within the box, though no penalty resulted from the review.

Still, Cruz Azul would restore its lead shortly after courtesy of a set piece in the 34th minute. The ball went wild in the box, landing perfectly for Bryan Angulo to knock home a quick shot and secure a brace to give Cruz Azul the lead once more – and this time, VAR wouldn’t be calling it back.

Toronto FC had another fluid counter with winger Jacob Shaffelburg finding Justin Morrow with space on the left once again, though this time the full-back’s cross went a bit behind the run of Michael Bradley. Both sides would compete with some more back-and-forth action, though the first half would finish 1-2.

Toronto would rue its set piece defending once again in the 58th minute, with centre-back Aguilar beating Michael Bradley to a header to thrust Cruz Azul into a comfortable 1-3 lead.

Following the visiting side’s third goal, Chris Armas would shake things up with Osorio and Altidore being replaced by DeLeon and Mullins. Minutes later Jacob Shaffelburg, who looked lively on the wing, would come off for Tsubasa Endoh.

Toronto would find itself lucky not to fall another goal down in the 72nd minute, with Santiago Gimenez finding himself between centre-backs Gonzalez and Zaveleta only to have his header strike the post.

Michael Bradley would then find himself with two back-to-back shots in the middle of the Cruz Azul box, both of which were blocked by defenders to keep the visitor’s two-goal lead intact.

Youngster Ayo Akinola would get a few minutes of action as the match wore on, coming on for Ralph Priso in the 77th minute.

Zavaleta, who was already on a yellow, found himself lucky not to have been called out for a likely foul five minutes from time after bringing down Rodriguez in the box.

At the final whistle, Toronto FC would find itself having succumbed to a 1-3 loss to Cruz Azul, who dominated the game in terms of set piece opportunities and, ultimately, took advantage of better goalscoring opportunities as well.

Cruz Azul will host Toronto FC in the second leg of the Champions League quarter-final tie on May 4 at 10:15PM. Like today’s match, it will be available on OneSoccer, who acquired rights to the 2021 Champions League in late March.