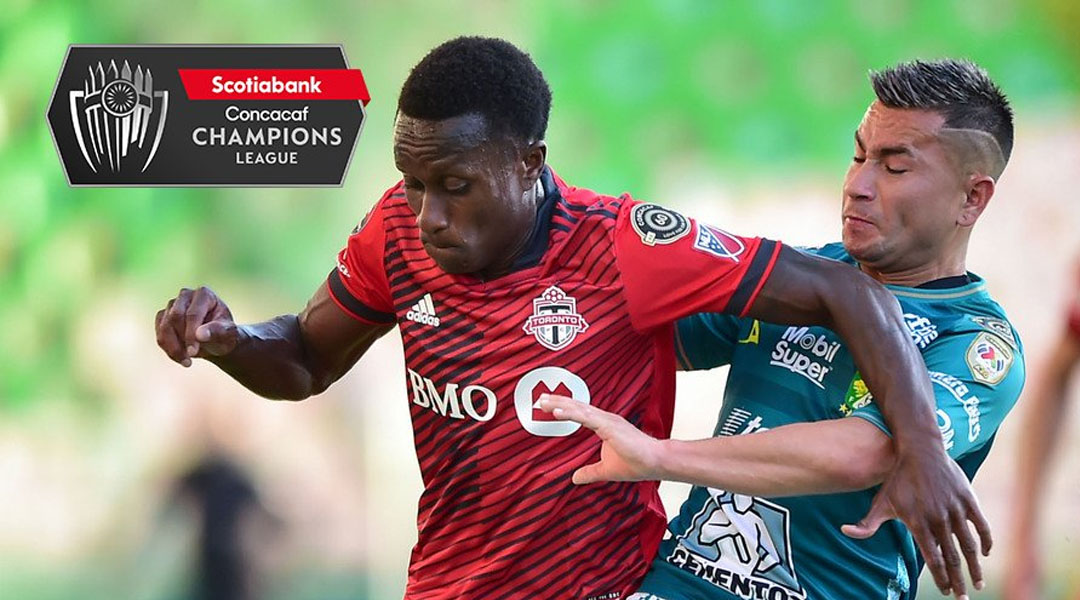 Toronto FC kicked off its first match of the 2021 season on Wednesday evening, seeing out a 1-1 draw with Club Leon in Concacaf Champions League action. Both goals of the night came in incredulous fashion, with Club Leon getting the bulk of the goalscoring opportunities.

The Reds will carry an away goal advantage as they close out the two legged affair in a reverse fixture next week, which will come just three days after the side’s MLS 2021 opener against Inter Miami.

A mistake from Bradley at the opposite end two minutes later saw Club Leon gain possession in the box, firing home a go-ahead goal that was quickly called back for a tight offside call.

Perhaps making up for the mistake, the Toronto FC captain then fired a low-flying rocket from outside of the box that appeared to be going just outside the post, though it was smothered by Cota regardless.

The opening minutes continued in a back-and-forth manner, with Club Leon missing another closely-offside effort, and Noble Okello looking like a promising athlete in more than one TFC counter following his season on loan in the Danish second division.

Toronto FC began to find a good rhythm as the first half went on, with Okello and Altidore both coming close as the match approached its twentieth minute.

A moment of magic for Club Leon saw the hosts take the lead in the 25th minute, with Fernando Navarro striking one of the best volleys we’ll see all tournament to beat Bono from outside of the box, with the ball going off the post and in.

The Reds found themselves caught out again in the 37th minute, with Club Leon setting itself up for a tap-in before an offside whistle cancelled out yet another dangerous counter from the hosts.

Club Leon came knocking again just moments later, forcing Omar Gonzalez into a quick header to avoid another tap in from the Liga MX side, who nearly scored another close range effort minutes afterwards, the score remained unchanged by the end of the first half.

A fluke own goal would see Toronto FC equalize in the 50th minute, with an extremely unfortunate ricochet from a block from Club Leon defender Andres Felipe Mosquera seeing the ball loop up and into the net.

Full-back Richie Laryea would earn a yellow call three minutes later, becoming the first player of the match to go into the books. Just a few minutes after that, former Arsenal man Joel Campbell nearly put Club Leon in the lead with a bending effort that struck the left post and was cleared immediately afterwards.

Michael Bradley would pick up Toronto FC’s second caution of the night shortly after Club Leon’s first was given to midfielder Santiago Colombatto, with Chris Armas making his first substitution by replacing Ralph Priso with Patrick Mullins.

The substitute slotted in between two defenders shortly after coming in, and appeared to be in with a shout for a shot before being thrown off balance at the last moment.

Campbell went down in the Toronto FC box in the 72nd minute, but the referee waved away protests of the crowd which came in quite a volume after the contact from Mark Delgado.

An already-strained Toronto FC bench was put under more pressure with Erickson Garrardo coming off the pitch via stretcher to be replaced by Griffin Dorsey, with Liam Fraser also replacing Jose Altidore due to an apparent hamstring injury.

Toronto FC really ought to have gone behind in the 74th minute, with Richie Laryea being beaten inside the box which allowed Club Leon to delivering yet another tap-in opportunity inches from the net, though somehow the opportunity resulted in an unlikely miss.

The Liga MX hosts were piling on the pressure as the match entered its final ten minutes, seeing multiple opportunities slip through their fingers right in front of the Toronto net. TFC Academy product Luke Singh made his debut in the 87th minute as the Reds tried to desperately hold on with tired legs.

Despite immense pressure from hosts, the away team was able to see out the match to secure a crucial 1-1 draw and, more importantly, leave with away goal advantage at Estadio Leon – though TFC was undoubtedly lucky not to have conceded one or two more throughout the night.

Still, for a Toronto FC side playing its first competitive match since November due to the delay of the Canadian Championship, with a stretched roster to boot, securing this result against a Club Leon side 19 matches into its own season will feel like a big win – especially with the side carrying an away goal advantage into it’s US-based ‘home leg’ next week.

The 2021 Concacaf Champions League is available for fans to stream on OneSoccer.