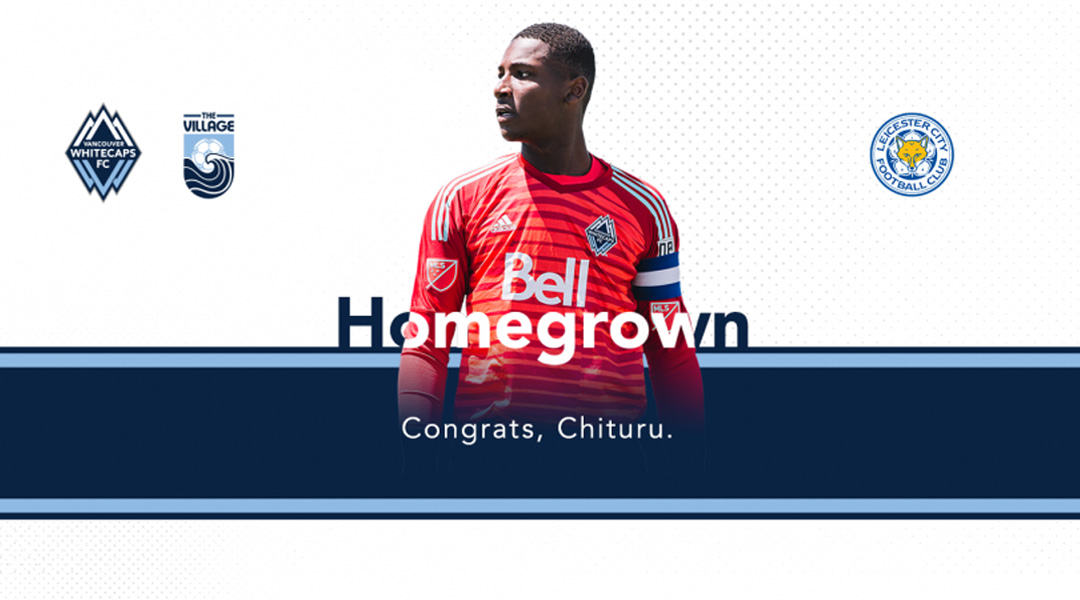 Ahead of the move, the Whitecaps signed Odunze to an MLS contract, as he had previously been part of the Development Squad. The transfer agreement between the two clubs includes performance bonuses, and the caveat that the Whitecaps will get an undisclosed percentage of any future transfer fees if Odunze is sold by The Foxes.


While Odunze was born in Calgary, he spent his formative years in England, where he spent time with the academies of clubs like Chelsea, Cardiff City, and West Ham United. He has also previously played for the Calgary Foothills, Calgary Blizzard, and Calgary Villains – not bad for a 16-year-old.

As expected, Odunze won’t be part of the first team squad: the youngster has joined the Leicester City FC Academy squad for its preseason in Poland. Still, it’s a great step for the 6-foot-7 goalkeeper.

It’s a dream come true to take the next step in my career at a big club like Leicester City FC. I’m really grateful for everything that Vancouver Whitecaps FC have done for me. I would like to thank the coaches, staff, and my teammates for how they have helped me grow as a player, and especially Raegyn Hall and Jordan Santiago for coaching me as a goalkeeper.

Odunze has been a member of the Vancouver Whitecaps Academy since January 2017, when he joined at the age of 14. He made 31 appearances in the Development Academy league, and was a standout player for the Whitecaps U-17s during the 2019 Generation Adidas Cup.

The Whitecaps signed 25-year-old Canadian international Maxime Crepeau through till 2022 with an option for an additional year, so the club evidently feels confident that is has a long-term Canadian solution between the sticks for the first team.


Odunze made his Canadian national youth team debut during a U-15 identification program headed by now-Valour FC boss Rob Gale. Odunze is eligible to play for Canada, the UK, and the USA. He seems more attached to the latter, as he’s featured regularly in the US U-17 national team, for whom he made two starts for in the 2019 Concacaf U-17 Championship Tournament.

It’ll be interesting to see how the development of the Calgary-born youngster progresses with The Foxes.