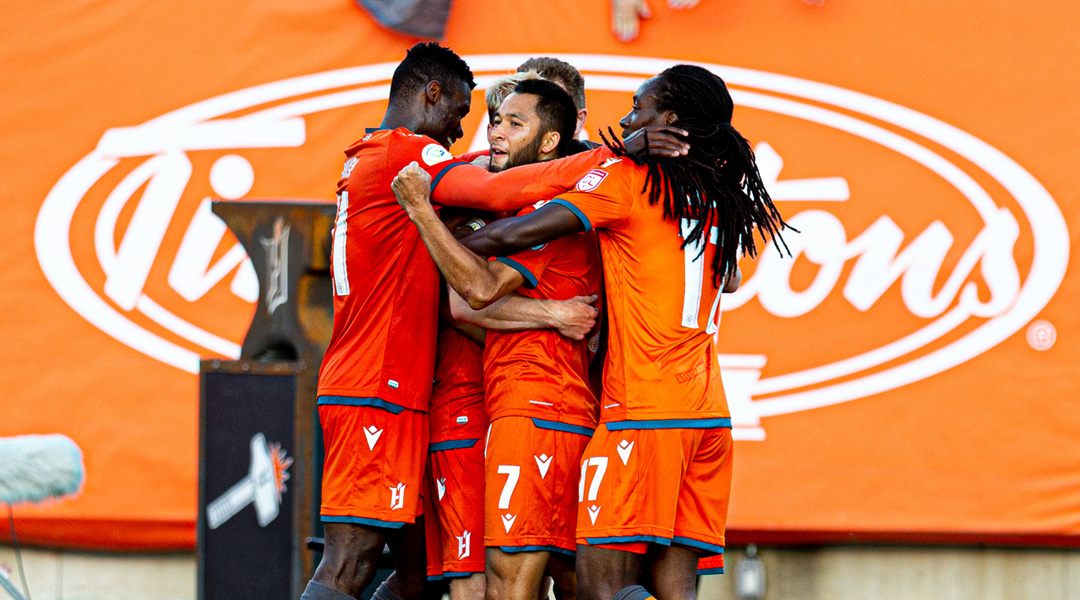 When David Choiniere signed with the Montreal Impact back in 2016, the youngster had few appearances to make an impression: he mostly featured in the Voyageurs Cup where he scored against the Vancouver Whitecaps, but only made five league appearances in the next two seasons before missing six months of action due to an ankle injury.

When the MLS side released him at the end of the 2018 season, the then-21-year-old had options regarding his next destination: he was in talks with the Ottawa Fury, but the newly-assembled Canadian Premier League caught his eye.


It wasn’t just the idea of being a part of history that attracted him to the club, though: his agent, Nikos Mavromaras, had earlier revealed that domestic league’s pathway to the CONCACAF Champions League (through the CONCACAF League) was a big factor in the player signing with Hamilton-based club:

Despite his statement, it’s not quite a direct route from the Canadian Premier League to the CONCACAF Champions League, though CPL clubs have two potential routes to the continental competition: the CPL league champion can qualify through the CONCACAF League, though this season had an interim league qualification process between Forge, Edmonton, and Valour. A CPL club can also qualify for the Champions League directly by winning the Voyageurs Cup – a feat that is still on the cards for Cavalry FC.

While a few astute fans expected that a team comprised mostly of Sigma FC players would do well, it was still a relatively large unknown at the time how Forge FC would fair against FC Edmonton and Valour FC in the head-to-head matchup to even qualify for the CONCACAF League. Choiniere’s move based on that hunch was a gamble, but now Thursday night’s game seems like destiny in the making.


The historic match would see Choiniere make a substitute appearance with less then twenty minutes on the clock. The 22-year-old would later burst into the Antigua GFC penalty area, get in close, and slot home the game-winning goal to give Forge FC a crucial 2-1 win ahead of its away trip to Guatemala next Thursday.

Choiniere has made 10 appearances for Forge FC across all competitions, though he’s only accumulated 481 minutes of game time. This is due to the competition that the Saint-Jean-sur-Richelieu-born midfielder faces in attack: Bekker, Borges, Thomas, and Welshman all occupied some minutes Choiniere would otherwise have seen.

One thing I’ve told the guys, David included, is we’re all going to play a big part in this. It always helps when something like this happens today because it reiterates what you’re preaching. You just need to keep having conversations with the players [who aren’t playing], keeping things positive in training, making sure they know that [you believe in them]. It’s great for David to get his first goal in the moment he did. He’s been playing well and training well.

The words seem to echo the idealogy of York9 FC assistant coach Carmine Isacco, who said that every member of the club’s 23-man roster needs to be ready when called upon. Choiniere’s near-move to the Ottawa Fury also echoes Nine Stripes midfielder Ryan Telfer, who almost went to the USL club on loan before Isacco convinced him not to go.

Choiniere’s agent had said that if he scored a goal in the Champions League, he’d certainly be fielding calls for 2020. While the CONCACAF League may not get the same exposure, it’s a promising start. It also implies that the Quebec-born midfielder – who is open to a return to the Impact, according to Mavromaras – is likely on a single-year contract with Forge FC.


The Canadian Premier League isn’t transparent with contract details, which means that the length of contracts, whether clubs have extension options, and financial details are not revealed.

The game-winning goal was Choiniere’s first for the club, with the 22-year-old midfielder having racked up an assist in Canadian Premier League action prior to the club’s first-ever CONCACAF League match. He says he wished he’d have gotten a goal sooner than he did, but the confidence boost he’s on now has come at a great time: with Welshman having left the club, Forge FC will need all the attacking prowess it can put together.

The confidence from that goal is huge. It’s going to be tough over there but we’ll be ready. […] I knew my opportunity would come. I took my chance and it worked out. I’m happy with my year, though. This season is a process.

Head coach and technical director Bobby Smyrniotis hasn’t revealed the game plan for the club’s tough CONCACAF League away leg, so it’s not known if he’ll opt to go for the kill and score a crucial away goal or not. If he does, one could expect to see Choiniere feature again. If he opts for a defensive approach, fans who tune in via TSN Direct may get to see a potential debut for Canadian international David Edgar, who signed with the club yesterday.

Given that the idea of continental competition was one of the key driving factors with Choiniere signing for Forge FC, he’ll be keen to help the hammer push beyond the Guatemalan champions. If Forge can see out a favorable result away from home, the club will then face Honduran side C.D. Olimpia in the Round of 16.

If Forge FC progresses beyond that, it has a solid shot at being one of the top six clubs in this year’s CONCACAF League, and that would net the side a birth in the 2020 CONCACAF Champions League.