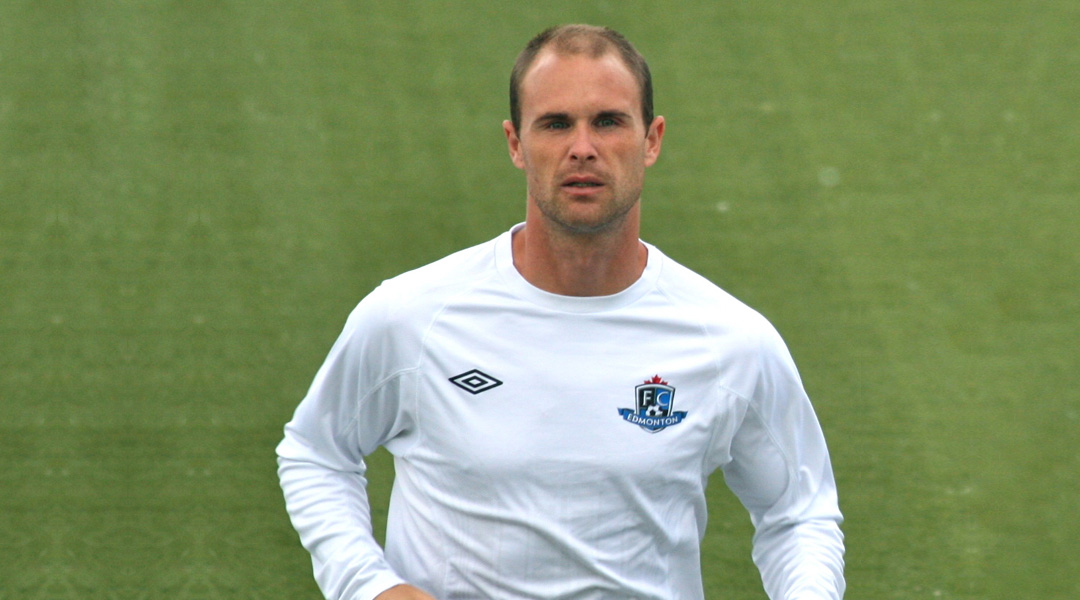 The Canadian soccer community is rallying hard to support former FC Edmonton captain Chris Kooy in his time of need.

The former Eddies midfielder was diagnosed with late stage colon cancer this past June following months of worsening symptoms. Kooy is currently receiving care at the Cross Cancer Institute in Edmonton.

Yesterday, a GoFundMe for the 38-year-old was launched by his family and friends in order to help Kooy in his time of need. The campaign initially aimed at raising $20,000 for Kooy, who donned the number twenty, but the massive support from the community saw this goal raised to $50,000. Hours ago, this goal was met, with donations continuing to come in.

The online campaign was formed by a collective of six people, one of them being Paul Hamilton – a former teammate of Kooy’s from his FC Edmonton days who also happened to move on to Edmonton Scottish United. The duo won the Challenge Trophy together in 2016.

Thus far over 350 donors have contributed to Kooy’s Team For Care, including some familiar CPL faces like Tommy Wheeldon Jr., Carmine Isacco, Ajay Khabra, and Dylon Powley, with the latter offering words of support for the initiative:

Kooy is a name that has been familiar in the Alberta soccer scene for a long time: after playing at the varsity level with Mount Royal College, he went on to play for the Calgary Mustangs and the Calgary Callies between 2004 and 2009. He then trialed with Scottish first division side Livingston, and was signed by FC Edmonton for the club’s 2010 exhibition season ahead of their NASL launch in 2011. He would later be named the club’s first-ever captain.

Kooy would go on to make 51 appearances for the Eddies in league play, with his single goal for the side coming in a 1-1 tie against FC Tampa Bay in 2011. While the club exercised his option for the 2013 season, he departed from the Eddies before the season began.

With Kooy being so involved in the community, it’s great to see the level of support his GoFundMe is currently getting. Those interested in contributing to the fundraiser can do so here.

We wish Chris Kooy and his family all the best in this difficult time.