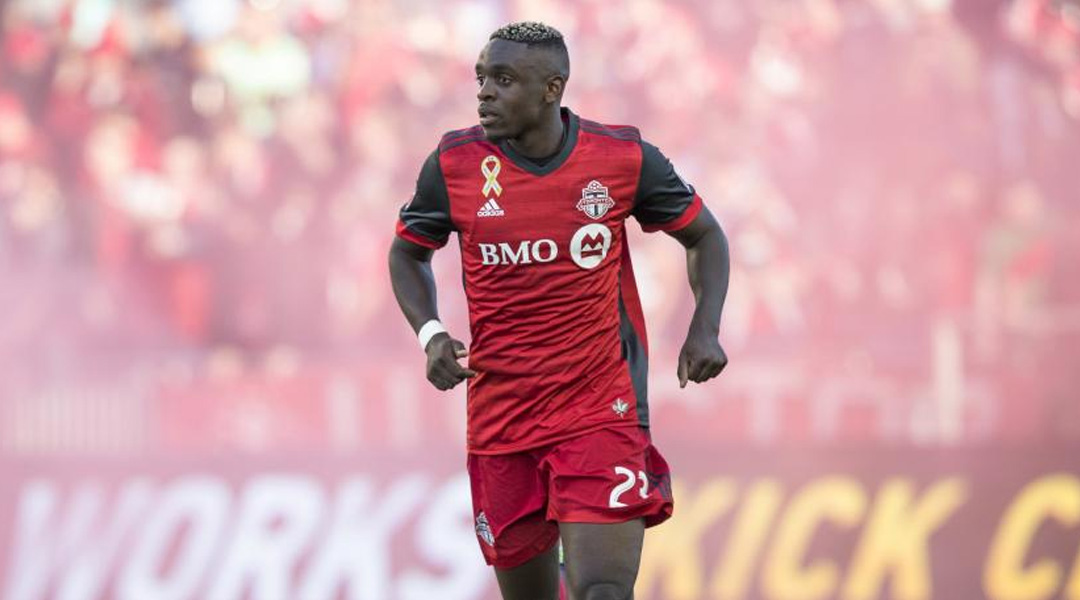 Toronto FC defender Chris Mavinga was driving along with his family yesterday evening when they were involved in a motor vehicle collision in the Toronto area. Thankfully, both Mavinga and his family seem to be okay – though they were understandably shaken at the time of the accident.

The 28-year-old centre-back took to Twitter to plead that that drivers refrain from speeding and endangering the lives of others, stating that he and his family were the victims of a ‘crazy uncouscience driver’ [sic]. His message was accompanied by video footage of the crash’s aftermath, which involved three vehicles in total.

Mavinga, who drives a black Range Rover, looks to have sustained some significant damage to the side of his vehicle. The vehicle’s airbags seem to have deployed at the time of the accident, which helped prevent significant injury to the defender and his passengers.

Mavinga had just returned to Toronto after playing all 90 minutes during the club’s away match in Ohio. He’s been one of the Major League Soccer club’s better defensive signings, and is well-known among the TFC fanbase for making a plethora of goal-stopping tackles.

While Mavinga stated that he and his family were safe, it’s not known if the Toronto FC medical team will conduct their own evaluation to determine if the defender will be ready when the reds host rivals Montreal Impact this Saturday. It’s a logical precaution, and TFC fans will be hoping that Mavinga will remain fit for action. Beyond league play, Toronto FC will also face Montreal twice in the two-legged Canadian Championship finals this September.


Mavinga’s tweet has received an outpouring of support from fans and players alike, with Arsenal striker Alexandre Lacazette and former PSG youth product Tripy Makonda both offering their best wishes to Mavinga.

We wish Mavinga and his family, as well as those involved in the accident, good health. Based on the video tweet, this accident could have been a lot worse.