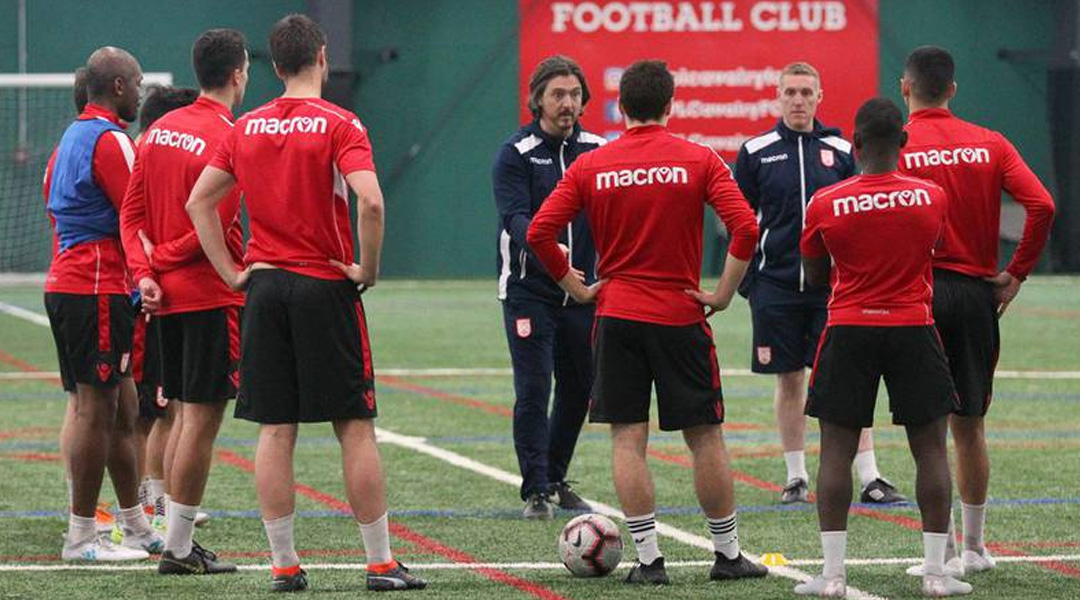 When Canadian defender Chris Serban came off injured during Cavalry FC’s preseason clash against FC Edmonton back on March 30, it wasn’t known how serious of a knee injury he had sustained. It’s evidently a bad one, as Cavalry FC head coach Tommy Wheeldon Jr. has stated he believes the 23-year-old will miss the inaugral Canadian Premier League season in its entirety.

It’s the continuation of a bad injury streak for Serban, who missed several months of action in the 2017-2018 Calgary Foothills season due to a torn meniscus. With another significant knee injury keeping him on the sidelines yet again, it’s unfortunate to see the former Whitecaps 2 player miss an exciting time in Canadian soccer history.

Capped twice by the Canada Under-23s, Serban is a versatile defender who can play on both the left and right side of the pitch. Cavalry FC’s Malyk Hamilton called him a great figure in the dressing room, and someone who gives 100% in each and every game.

Serban also has plenty of experience playing alongside Cavalry FC goalkeeper Marco Carducci. The duo played for the same youth teams while growing up in Calgary, and both progressed through the Vancouver Whitecaps residency programs as they developed. Unfortunately, fans excited to see the pair share the pitch once more will likely have to wait until the second Canadian Premier League season to do so.

Fortunately for Tommy Wheeldon Jr, the club has a full 23-man roster and should have the depth to cover for Serban’s absence. Among others, Lethbridge-born team captain Nik Ledgerwood can fill in at rightback when needed, with the club having 5 other natural defenders in its roster as well.

Still, Serban had a good chance of being a starter for the Calgary-based side, so his presence on the pitch will undoubtedly be missed. Much like Pacific FC’s Marcel de Jong, he’ll have to find a way to contribute to the squad atmosphere from the sidelines at Spruce Meadows (which may soon be called ATCO Field) for the time being.