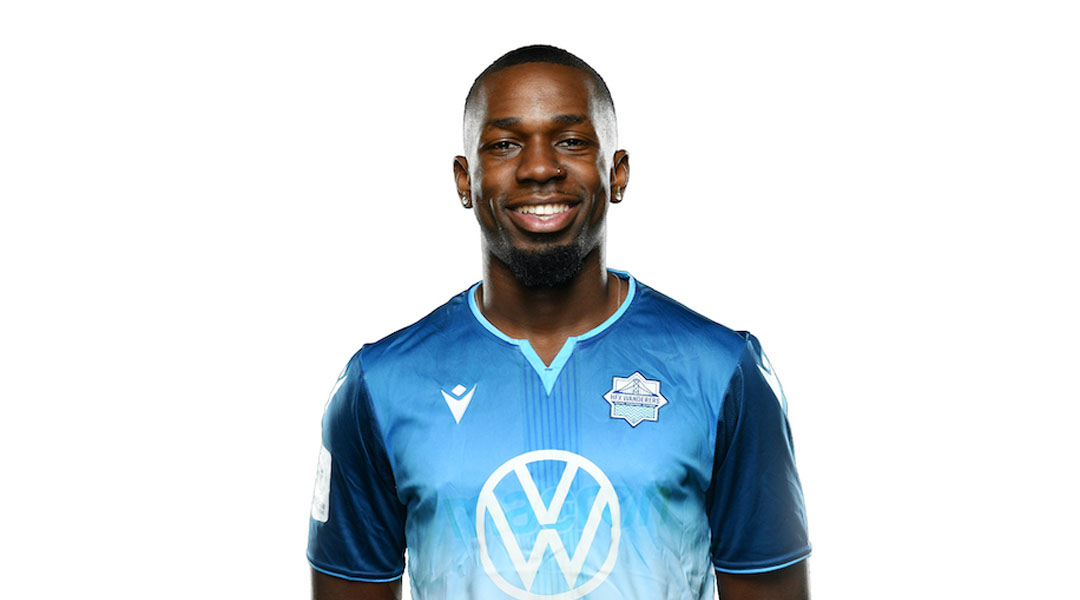 With the release of the Halifax Wanderers roster update yesterday, the news came out that right-back Chrisnovic N’sa had declined his contract offer from the east coast club and was set to move on to another CPL side.

Speaking yesterday with Northern Tribune, the 21-year-old suggested that he had considered playing outside of Canada to pursue his next professional steps, but one large factor tipped him in favour of staying within the Canadian Premier League: family.

I would have liked to go far and leave the country, but I’m going to stay in CPL because I like this league. My family is something very important for me, which has greatly influenced my decision and you will all understand why.

The teasing line will be of particular interest to York9 FC fans given that his younger brother Felix N’sa just signed a multi-year deal with the club. The potential arrival of Chrisnovic would mean the club has two leading right-backs on the roster for the next season, with Morey Doner having already re-signed for 2021. Both Felix N’sa and Ijah Halley are depth options for the position, too.

Chrisnovic can also be deployed in the middle, which is where he split his time for the Wanderers last year. It’s another area where the Nine Stripes need a capable player following the retirement of Luca Gasparotto and the possibility that Roger Thompson may be moving elsewhere.

Given that N’sa hails from Montreal, his family’s proximity to expansion side Atletico Ottawa is also food for thought. The club deployed versatile utility player Malyk Hamilton as a right-back at The Island Games, though it has remained quiet on its roster building for the upcoming campaign.

While Hamilton did post a highlight reel a few days ago, he says nothing prompted the post: he just wanted his highlights out there. All-told, York9 FC does seem like the more likely of the clubs.

N’sa isn’t the only Canadian Premier League athlete to capitalize on an impressive Island Games performance by earning an improved contract somewhere else, with York9 FC midfielder Joseph Di Chiara also poised for an intra-league move. He’s been linked with Cavalry FC, though no official news has come forth regarding his next destination.

N’sa made mention that more than one CPL side had put an offer in for the U-21 Player Of The Year Nominee, and he only made the choice to depart the Wanderers after deep conversations with his family and agent. The discussions he had with his new CPL side club left him impressed with the side’s vision, convincing the 21-year-old that it was the right move.

Looking back on his first two seasons as a professional footballer with the Wanderers, N’sa only has fond memories: he says it’s an experience he’ll remember all his life, stating that many fans became family and he’ll cherish the moments he created with the east coast club both on and off the pitch.

The reasons why I left Halifax are very complicated, because I was very comfortable in Halifax. I had good teammates and good coaching staff! But I wanted to live a new experience, go to a new city, and have new challenges.

The six-foot tall defender departs with thirty appearances as a Wanderer across all competitions, with nine of them coming from this year’s Island Games Campaign. Prior to getting his pro start under Stephen Hart, N’sa was a product of the Montreal Impact Academy who had also developed at amateur club CS Panellinios, where Ballou Tabla also learned his craft before entering the pro circuit.

The Halifax Wanderers announced that twelve players had re-signed or had options exercised for the 2021 season, with a handful of players still in the midst of contract negotiations. At the moment, it’s not clear who the club will ultimately replace N’sa with. While youngster Jake Ruby was the club’s de facto right-back depth this season, the Wanderers are waiting until the former Whitecaps Academy product trials with the side next year before any contract talks resume.

While Chrisnovic’s comments make a move to York9 FC seem like the more likely outcome, as often in football nothing is completely certain until the news is official. Whatever happens, it seems like fans won’t have long to wait before the 21-year-old’s next destination is made public: he says his new club will unveil itself tomorrow.