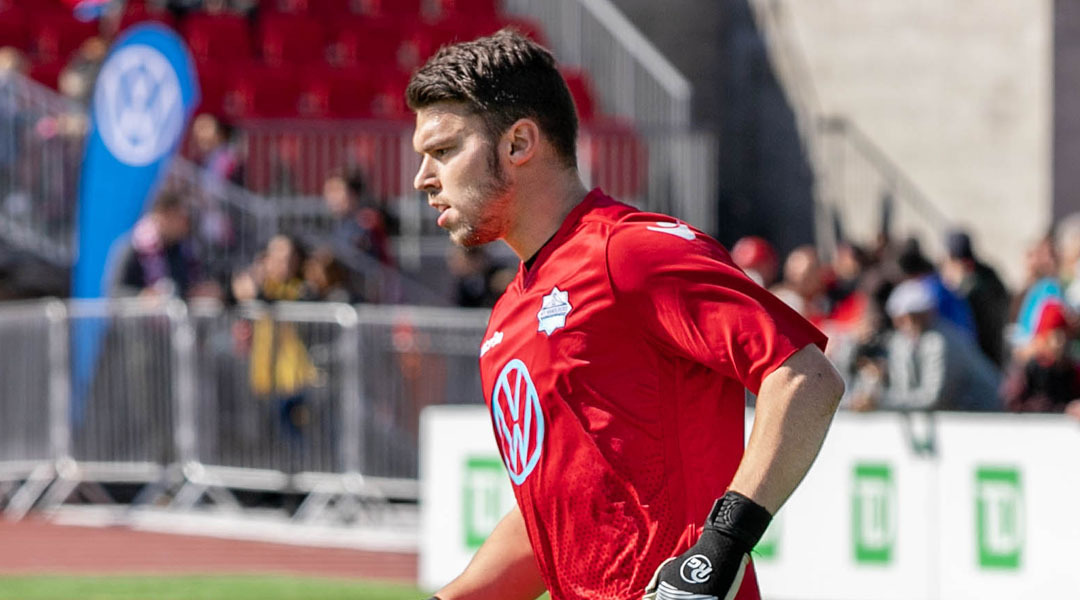 The Halifax Wanderers will likely start off their 2020 Canadian Premier League season without goalkeeper Christian Oxner, who is sidelined by an unspecified injury.

Fans had been speculating that Oxner had been injured after training photographs showed Jason Beaulieu practicing in PEI, with Oxner not having been kitted up for the occasion. On the latest episode of Footy Prime, head coach Stephen Hart has confirmed that Oxner is likely to miss the first few opening matches of the season.

The club has informed Northern Tribune that he is currently being evaluated on a day-to-day basis.

We’re working on it. I think my goalkeeper, he’s going to be fine, but we might have to enter a couple games without him at the moment. But, we have to try to get the situation resolved, and the league and ourselves are plugging away at it trying to come to some sort of agreement.

Hart revealed that the league is actually working on securing a pool goalkeeper, though he stated that there were some complications regarding quarantine issues. At the moment, it’s not known who the pool goalkeeper for the Canadian Premier League is, if they’re contracted, or if they’re currently within the bubble.

Oxner had impressed during his first year with the Wanderers, ultimately replacing Trinidad and Tobago international Jan-Michael Williams as the side’s first-choice goalkeeper. The 24-year-old Halifax local made 21 appearances for Hart last season, recording seven clean sheets – and a memorable penalty save – along the way. He was the first player to official renew his contract with the east coast club back in November 2019.


At the moment, it’s unclear if goalkeeper coach Jan-Michael Williams would be available on an emergency basis. Last season saw Cavalry FC goalkeeper coach Jordan Santiago ride the bench during a Wildrose Cup match against FC Edmonton while Marco Carducci was on national team duty and Niko Giantsopoulos was the only other goalkeeper on the club’s roster.

A similar situation developed in the MLS Is Back Tournament with the Vancouver Whitecaps after the club’s second choice goalkeeper needed to leave the bubble due to personal reasons, and the club’s first choice goalkeeper got injured. With third-string goalkeeper Thomas Hasal having no one on the bench behind him, the club made an emergency one-match loan from the Montreal Impact due to an International Transfer Certificate problem with the American MLS pool goalkeeper.


The Halifax Wanderers are due to kick off their 2020 Canadian Premier League season in a matter of days, although the schedule for the season has yet to be released by the league. Hart has made a string of signings during the prolonged offseason that appear to have resulted in big improvements on paper, with the side also being one of the few to secure a last-gasp international signing arrival by way of Alex Marshall.

An early-stage injury problem may feel like history repeating itself for Hart, who saw the Wanderers struggle with injuries throughout the side’s inaugural campaign. While former Montreal Impact goalkeeper Jason Beaulieu will now have a clear-cut opportunity to impress, it remains to be seen how the league will prepare for a scenario where a CPL side in the bubble requires a third choice goalkeeper but doesn’t have one on its roster.

The podcast implied that there were more as-yet-unknown injuries in the Wanderers camp, though who else may be sidelined remains unknown at the present.