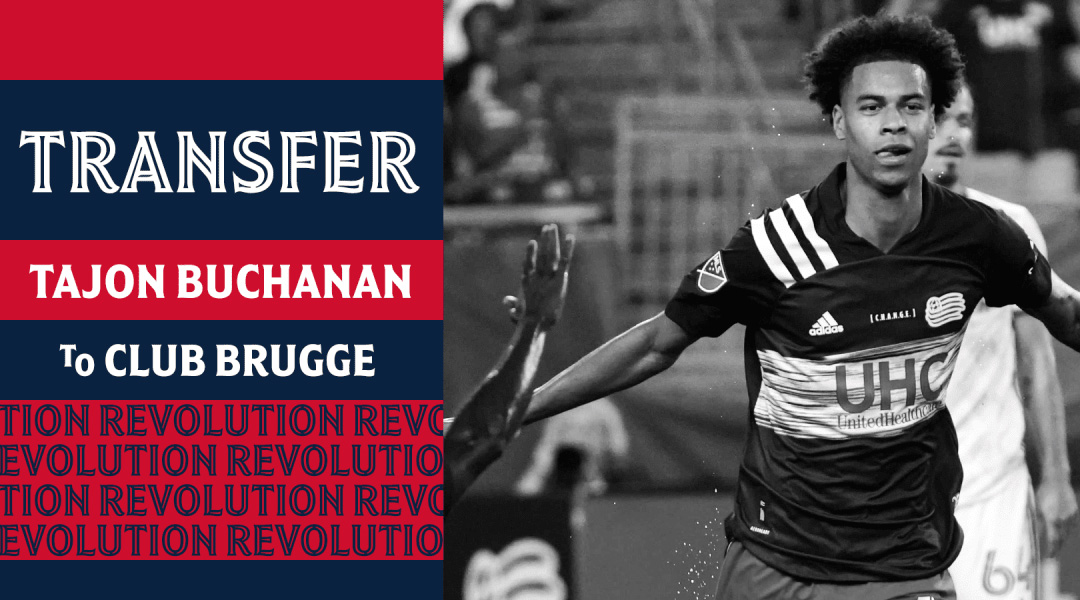 Canadian international Tajon Buchanan is officially departing the New England Revolution to join Belgian top flight side Club Brugge in a deal reportedly worth $7 million that includes a 10% sell-on clause, though neither side confirmed the fiscal terms of the deal.

With the transfer now finalized, the 22-year-old will return to the New England Revolution on loan for the remainder of the 2021 MLS season.

Buchanan has proven to be a breakout success with the New England Revolution, who selected him ninth overall in the 2019 MLS SuperDraft. He departs with 56 league appearances for the Boston-based side, with his current campaign seeing him named to the 2021 MLS All-Star Team after accumulating six goals and four assists across seventeen appearances this year.

He skipped out on the All Star appearance to finalize this move, however.

Given that he only really broke into the squad last season, today’s transfer marks quite a fast rise for the 22-year-old.

I am excited to take this next step in my career and am grateful for the New England Revolution for giving me the opportunity to grow as a player and showcase my abilities. I will continue to give my all to the Revolution this season and hope to end my time in MLS by lifting a trophy with my teammates.

Buchanan is a versatile athlete known for his attacking prowess as a winger, though his time with the Revolution saw him prove himself as an attacking midfielder, outside back, and wingback as well.

He’s also impressed on the national team stage, earning nine caps for Les Rouges that include a stellar campaign at the 2021 Gold Cup this summer that saw him named the tournament’s Best Young Player before making the Gold Cup Best XI selection. He had also impressed for the Canada U-23 side at the Concacaf Men’s Olympic Qualifying Championship earlier this year.

Tajon has grown tremendously during his time in New England and has earned this opportunity to prove himself at the highest levels in Europe with this Champions League club. We are pleased to facilitate this move for Tajon as he takes the next step in his professional journey. We look forward to his continued contributions with the Revolution as we compete for a championship this season.

With Club Brugge set for Champions League action, it’ll be interesting to see if Tajon can continue his meteoric rise in value now that he’ll be getting opportunities at a higher level.

It’s a move that paid off well for his national team compatriot Jonathan David, who’s playing time in Belgium eventually led to a high-profile transfer to Lille last year.

The inclusion of a sell-on clause was likely a smart move for the Revolution, recognizing that Club Brugge has made a tidy $175 million profit from 37 player sales over the past five years.

Prior to Tajon’s transfer, New England’s record fee was the $4 million price tag that Fulham paid for Clint Dempsey in 2007.

The financial details of Tajon’s contract with Club Brugge were not disclosed by the club.