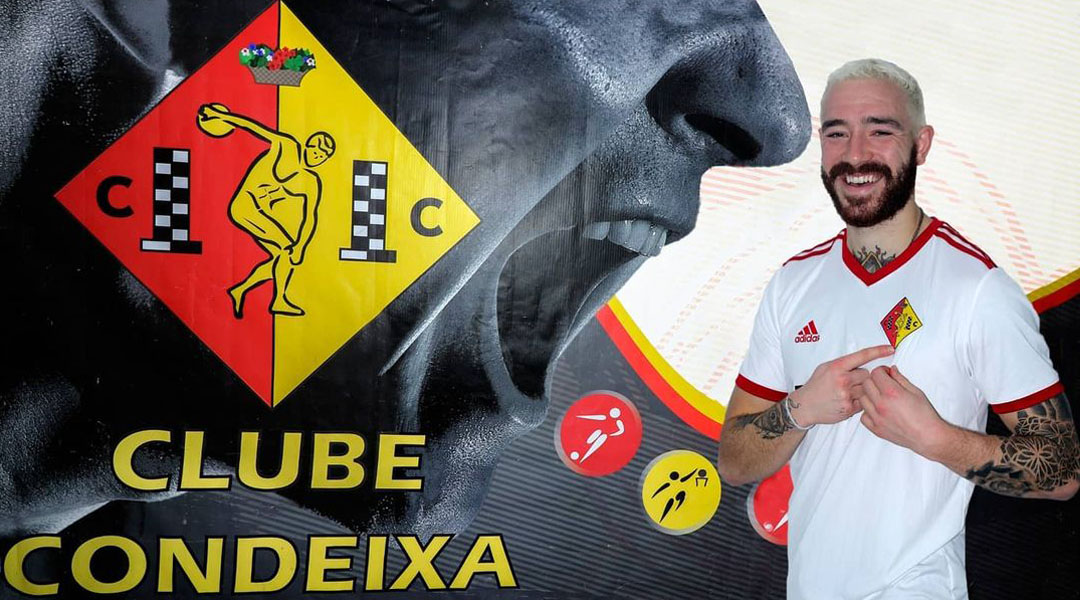 This morning we reported on the possibility of Forge FC striker Anthony Novak signing for Portuguese third division side Clube Condeixa, and now that speculation from Portuguese media has rung true: today, Campeonato de Portugal side Clube Condeixa has announced its acquisition of the 26-year-old striker.

While the club’s social media announcement didn’t state any concrete details on his contract length, the remainder of the Portuguese third division regular season will run until April, with the full season concluding in May. That means that if Novak has only signed on for the current campaign, he could potentially return to Forge FC prior to the beginning of the 2021 Canadian Premier League season.

Novak’s first stint overseas follows back-to-back Canadian Premier League wins with Forge FC, where the striker – who nearly joined the army before first signing with the team as a late addition in April 2019 – has contributed nine goals in 39 appearances.

At The Island Games, he opened his account with an acrobatic goal in the season opener against Cavalry FC. He went on to score two more goals between league and continental action, with his time in the Concacaf League seeing him secure a late win over CD Limeno and contribute an assist in an underdog victory against Tauro FC.

Before beginning his professional career with Forge, Novak was a League1 Ontario standout who scored an astounding 28 goals in 39 appearances for Blue Devils FC. The Pickering-born forward developed at youth clubs there before enrolling with the Toronto Lynx, with Novak later playing four seasons of NCAA Division II action with Lake Erie College.

Forge FC head coach Bobby Smyrniotis has stated that he intends to retain the core of his roster for the upcoming season, sprinkling in a few new players as needed. The club has since announced no less than eleven turning players so far, including team captain Kyle Bekker and Golden Glove winner Triston Henry.

The club announced three returning players today along, confirming the return of Maxim Tissot, Monti Mohsen, and Baj Maan all at once.

In terms of outbound players – for which it isn’t clear if Novak can truly be categorized yet – fans have already seen crucial centre-back Daniel Krutzen shop himself in Sweden, with veteran international David Edgar having hung up his boots after the club’s 2020 Concacaf League campaign came to a close.

The length of Novak’s contract was not disclosed by Clube Condeixa, who find themselves in sixth place out of twelve in Group E of the Portuguese third division.