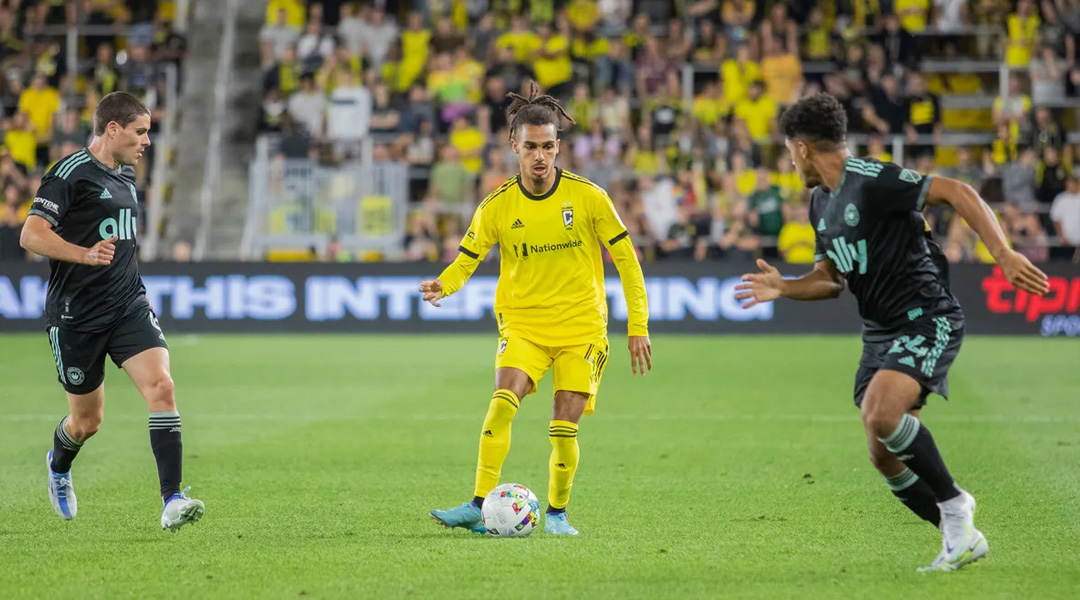 It took former Cavalry FC full-back Mohamed Farsi just a few months in MLS Next Pro to punch his way upwards into the first team.

After impressing during his time with Crew 2 and a stint with the senior side, the MLS side has now signed him on a deal through to the 2023 season with club options for 2024 and 2025.

The 22-year-old had previously completed two appearances for the first team through a short-term loan, both of which came off the bench. He becomes the second Crew 2 athlete to step up into the first team on a full deal after Canadian Jacen Russell-Rowe did the same a month ago.

“Mohamed quickly distinguished himself as one of the top performers for Crew 2 in MLS NEXT Pro and we have been impressed with his ability to contribute defensively and offensively,” said Club President Tim Bezbatchenko, who can also take the credit in having identified the talent of Ryan Telfer during his time in Toronto.

Farsi’s time at the MLS NEXT Pro level saw him procure six assists in 13 regular season appearances, which was the second-most out of the entire league. For those who had watched the attack-minded full-back operate at the CPL level, it came as no surprise.

The former futsal athlete had clocked in first professional minutes two years ago with Canadian Premier League side Cavalry FC, who had also given CF Montreal defender Joel Waterman his first taste of the pro game. Farsi’s debut season at the Island Games saw him collect the league’s Best Under-21 Canadian Player of the Year award and score the goal of the season, too:

The youngster followed it up with a staple season in 2021, departing the side with 38 appearances, two goals, and five assists across all competitions. His form also saw him called up to the Canada U-23 team, where he made two appearances at the Concacaf Olympic Qualifying Championship alongside another Quebecois CPL export in Diyaeddine Abzi.

“We are happy to see Mohamed rewarded for his hard work this season and pleased with the success that Crew 2 is having in its first year,” said Crew 2’s Corey Wray. “The ability to have second team players receive minutes with the First Team is invaluable and allows us to see how they may perform at the First Team level. As our club continues to grow, we hope to see other players take advantage of their chances and achieve their goal of joining the first team.”

The Columbus Crew plays against the New England Revolution tonight at 7:30PM EST, and currently rest sixth in the eastern conference. A win would put them ahead of Farsi’s hometown club, CF Montreal, on goal difference.