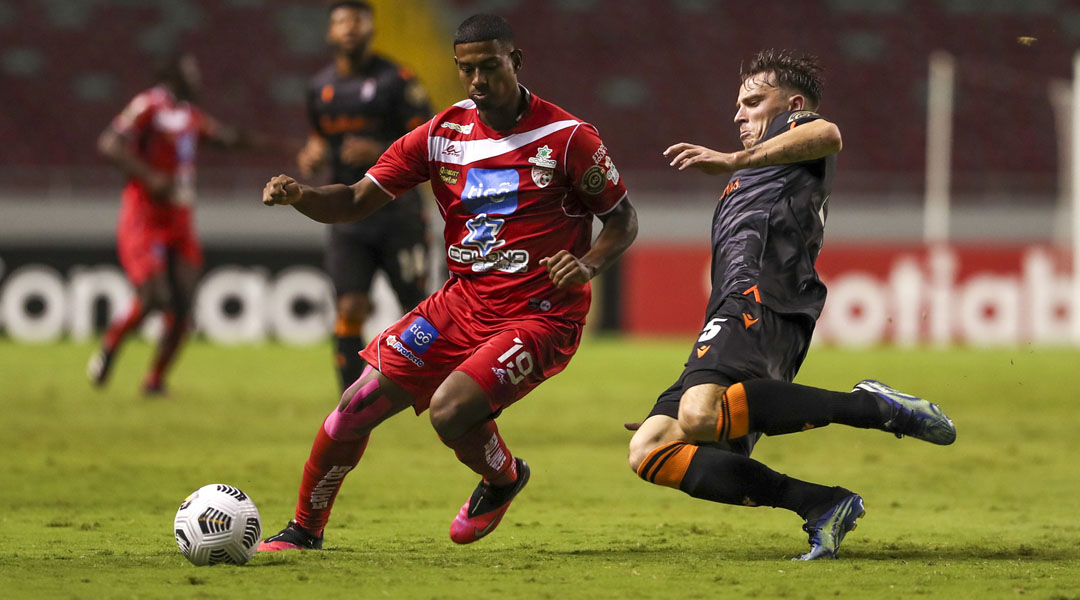 Canadian Premier League team Forge FC succumbed to a 3-1 loss away to Costa Rican side Santos de Guapiles in the first leg of its Concacaf League quarter-final matchup, leaving the team needing a big win at home in two weeks if it’s to advance to the semi-finals of the cup competition and, thusly, qualify for the Champions League.

The Hamilton-based side had to undergo the night without Molham Babouli, who picked up a dubious red card in the club’s last intercontinental match against Independiente. The travelling side had opened up the scoring tonight, with on-loan forward Joshua Navarro setting up Kyle Bekker for a middle-of-the-box finish just six minutes from kickoff:

Bekker’s second-ever Concacaf League goal (his previous came last month in a freekick against Independiente) wouldn’t hold the visitors ahead for long, however, with Santos equalizing through a set piece after Javon East escaped his marker to head home a close range equalizer just six minutes after the home team had gone behind:

Things went from bad to worse for Forge just five minutes later, with Dominic Samuel seeing a half-clearance fired right back at him moments later, with the ball taking a deflection off of Samuel before flying beyond Triston Henry and putting Santos up 2-1.

Veteran Santos man Brayan Lopez would add a third for the side as the second half got underway, finding himself on the end of a short pass as Forge found themselves outnumbered in their own box – though there was a legitimate case for Johnny Grant being fouled by him the buildup:

The hammers never found a way to force themselves back into the match, though head coach Bobby Smyrniotis had attempted to change the structure of the club’s attack by bringing on forwards Emery Welshman and Woobens Pacius to no avail.

The club also saw a potential penalty shout go begging, with one of the Santos defenders shielding the ball with is body within the box and appearing to make contact with his hands.

There’s some moments where maybe we can be a little bit tighter in the finishes in that final moment, but we also have a defender of theirs diving on the ball with two hands in the second half and there’s no call. One of the defenders playing as a goalkeeper in the box, I think that’s a penalty every day of the week, every hour of the week, but that’s what we have to go with. We have the result, and now we know exactly what’s needed in the return leg.

The 3-1 result means that Forge FC face an uphill battle when it plays the home leg at Tim Hortons Field on November 2, with the only positive being the fact that the Hamilton-based side nabbed an away goal during its time at Estadio Nacional de Costa Rica .

Forge find itself in the midst of a busy month, with the club fighting for the top spot of the Canadian Premier League while bracing itself for a tough Canadian Championship semi-final against Toronto FC at the end of the month, too.

In terms of continental club action, the side reached the quarter-final stage by way of defeating Salvadoran side CD FAS 5-3 on aggregate in the preliminary round before besting Panamanian outlet Independiente 2-0 last month.

The three-year-old club has a good track record in the continental competition, reaching the quarter-finals last year and the Round of 16 in its first year of existence. What happens next week will determine if the club surpasses its record stage in the competition or, in back-to-back seasons, succumbs to defeat one match away of the Champions League heights Bekker has remained hopeful for.